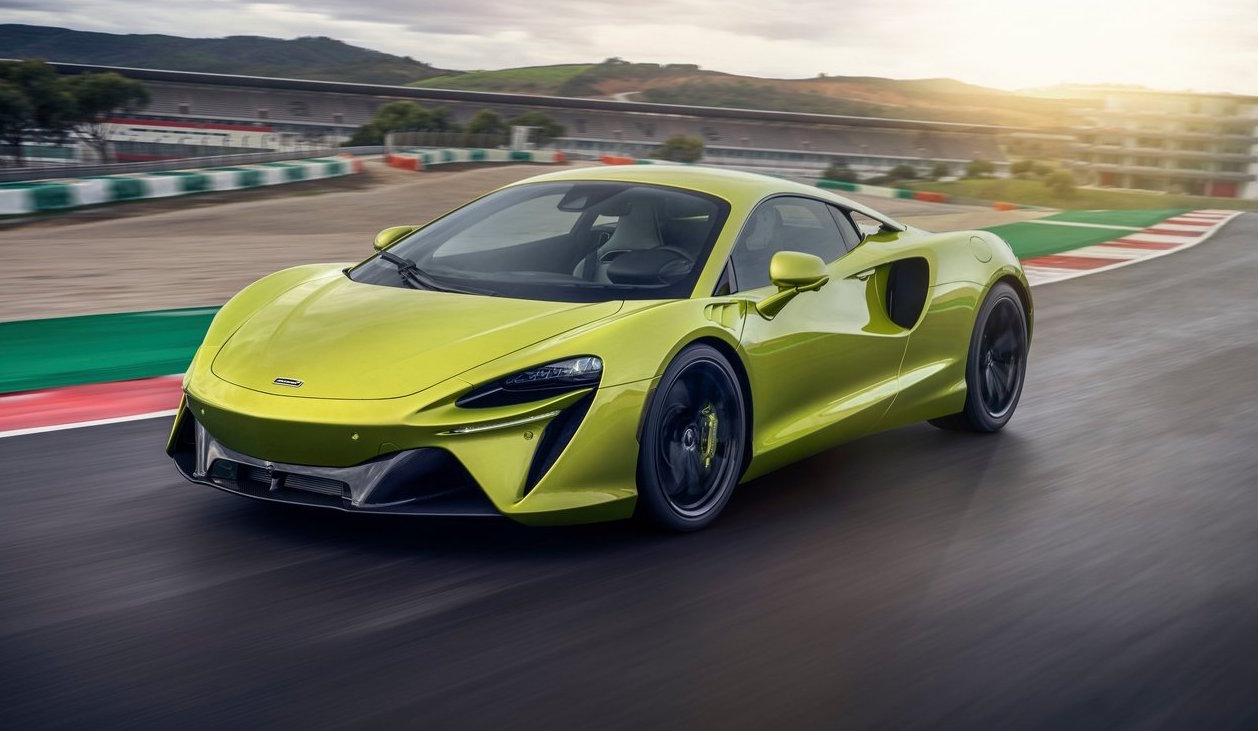 Welcome to the McLaren Artura. This is the British marque’s brand new hybrid supercar, and its first series-production ‘High-Performance Hybrid’ model with full-electric driving capability. 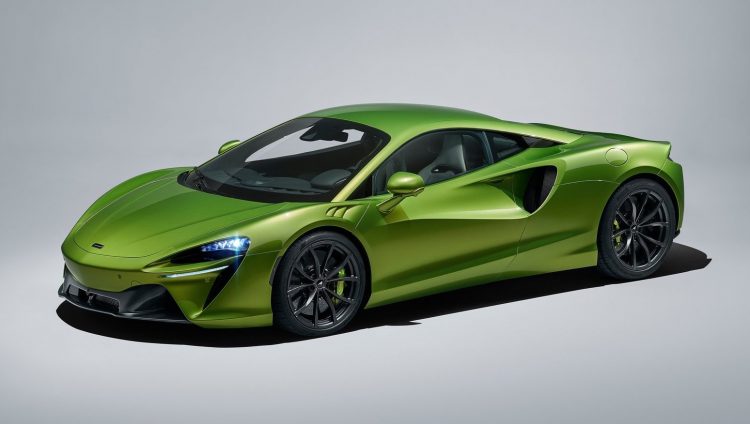 There are so many firsts with the Artura. Aside from being the first proper production hybrid model – remembering the P1 was a strict limited-build model – the Artura also debuts a brand new McLaren Carbon Lightweight Architecture. This essentially replaces the MonoCage I and II layout, built in-house at the McLaren Composite Technology Centre in the UK.

The fresh platform has been designed from the ground up to support hybrid powertrain systems. Even so, thanks to extensive use of carbon fibre, the Artura offers a class-leading power-to-weight ratio of 488PS/tonne thanks to a dry weight of just 1395kg. To put that into perspective, the Ferrari F8 Tributo, which doesn’t carry heavy hybrid components, has a dry weight of 1330kg. 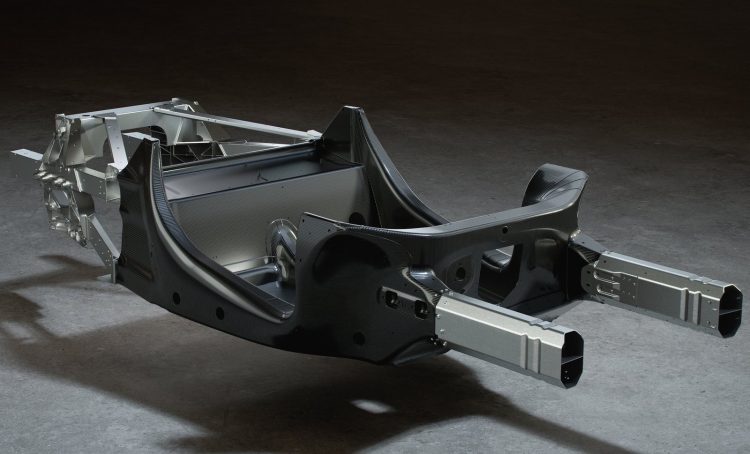 As part of the new platform, a fresh suspension arrangement is being introduced, with a unique upper wishbone and multi-link setup for the rear, and double wishbones at the front made from aluminium. Independent adaptive dampers are featured at all four corners with Proactive Damping Control (PDC) providing Comfort, Sport, and Track models.

So, what about the engine? It’s also a brand new component comprising of a 3.0-litre twin-turbo V6, paired with an electric motor assist system. The combined output is 500kW and 720Nm, with the electric motor providing 70kW and 225Nm. A 7.4kWh battery provides an electric range of 30km. As no surprise, the Artura is the most fuel efficient McLaren ever with a preliminary combined cycle rating of around 5.65L/100km (50mpg-plus [UK], on the WLTP cycle). 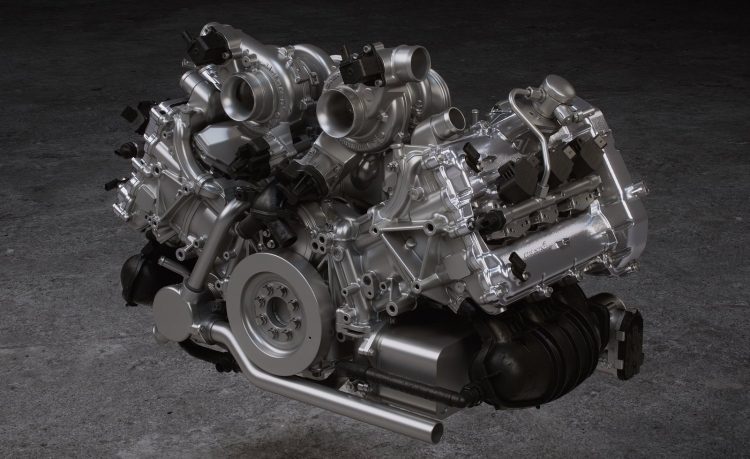 Matched up to this power system is another first; a brand new eight-speed SSG auto (Seamless Shift Gearbox), with the electric motor used for reverse. The unit incorporates an electronic locking differential for optimum traction and cornering dynamics. After all, the Artura is rear-wheel drive.

Across the standard sprints McLaren claims (pending final validation) 0-100km/h can be done in 3.0 seconds, with 0-200km/h achieved in 8.3 seconds, and 0-300km/h in 21.5 seconds. The quarter mile also requires just 10.7 seconds, with a top speed limited to 330km/h. According to our past Vbox tests this puts it in a very similar league to the 720S. Speaking about the new model, Mike Flewitt, CEO, McLaren Automotive, said:

“Every drop of McLaren’s experience and expertise has been poured into the Artura. Our all-new, High-Performance Hybrid delivers all of the performance, driver engagement and dynamic excellence for which McLaren is renowned, with the additional benefit of EV driving capability. The introduction of the Artura is a landmark moment.” 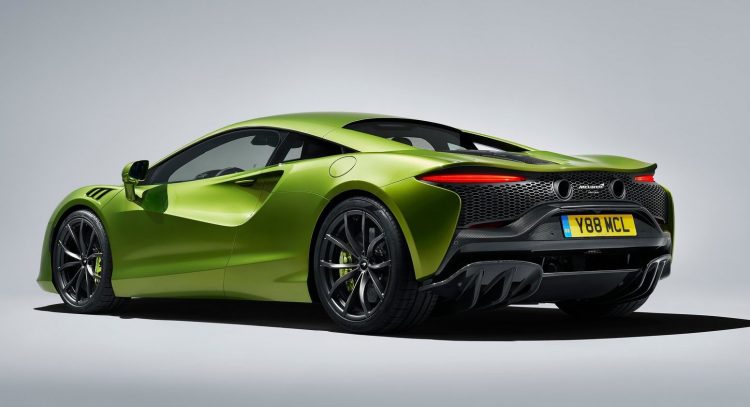 As for the design, well, it’s an evolution of the company’s current design language. A pointed front end is capped by the usual inverted headlights, with deep intakes both under the headlights and in the lower splitter. Along the sides you’ll see wide air intakes feeding the engine, while the rear end incorporates a new-look mesh grille and carbon fibre bumper bar, with top-mounted exhaust outlets. 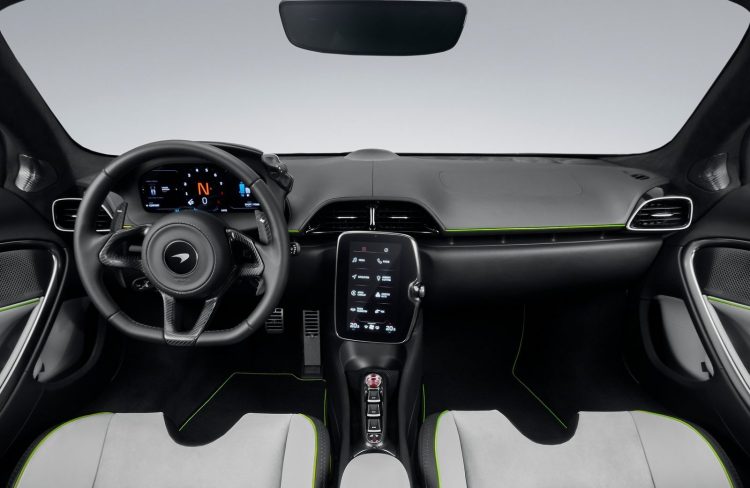 Lastly, the interior layout is also new. Well, the layout is similar to recent McLaren models but the tones and shapes are revised. On the dash is a fresh tablet-style touch-screen which is slightly tilted towards the driver. It includes a unique volume knob on the side, no doubt inspired by a wrist watch, while the usual gear selection toggles are positioned down on the console. There’s also a new fully digital instrument cluster complete with controls on the binnacle.

The McLaren Artura is available to order now. Australian deliveries are set to commence during the third quarter. Local prices haven’t been announced yet but in the UK the model is priced from £185,500.