Images claiming to be of the 2013 Maserati Quattroporte have been shown online, revealing a fresh face, new headlights, and a more rounded rear end. Traditional elements of the current Quattroporte are carried over. 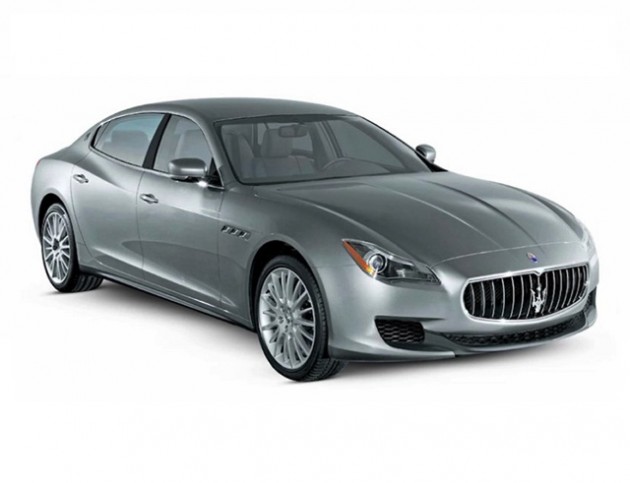 It’s not entirely clear where these images come from. According to a few reports, Maserati itself has released them. We’re a bit skeptical though as spy shots of prototypes are still being taken, showing the car in heavy black disguise, meaning that engineers and designers are likely not quite finished.

The trademark quad grilles behind the front wheels are carried over from years of tradition, while the wide-open front grille features chrome vertical slats with the brand emblem in the middle like the current model. At the back seems more rounded and more similar to the Gran Turismo, with new taillights and a raised boot. 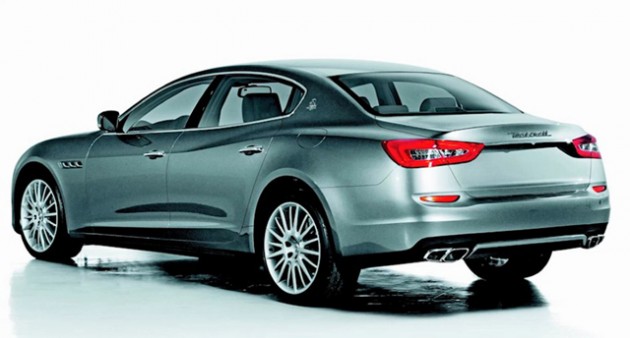 Under-bonnet details haven’t been revealed, but it is expected to carry over a similar engine package as seen in the current model. This means power will come thanks to Ferrari, possibly consisting of a revised version of the current 4.7-litre naturally aspirated V8.

Overall these 2013 Maserati Quattroporte images could preview a much more elegant look for the luxury sedan, which is set to go on sale in 2013. We’ll keep you updated with more concrete information as soon as we can.

UPDATE: It seems we had reason to be skeptical. The images are renderings and do not come from Maserati as official photos. The new model may look similar to this, but at this stage it is pure speculation.