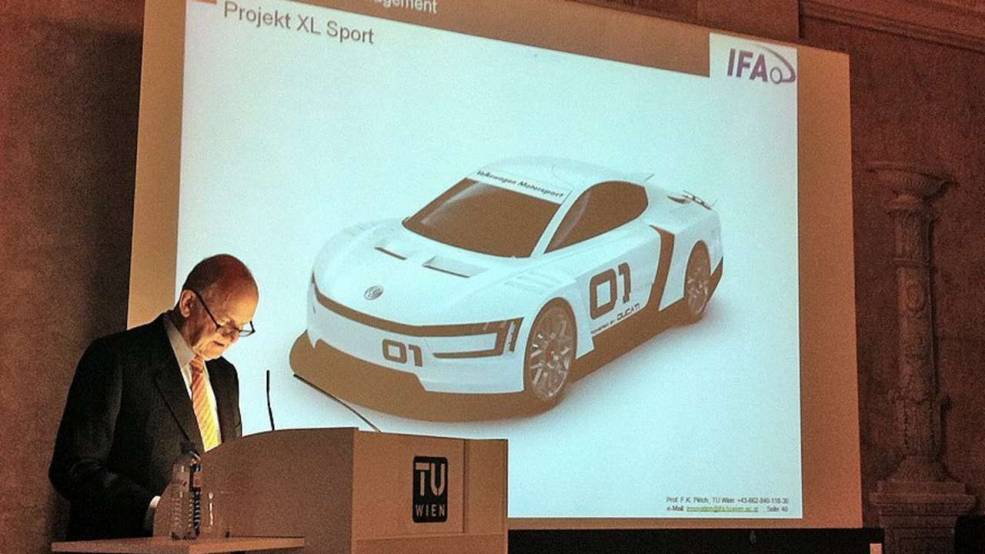 During a special presentation at the University of Vienna, Volkswagen boss Ferdinand Piech revealed a special project concept called the XL Sport. The most interesting part is, it’s powered by a Ducati engine. 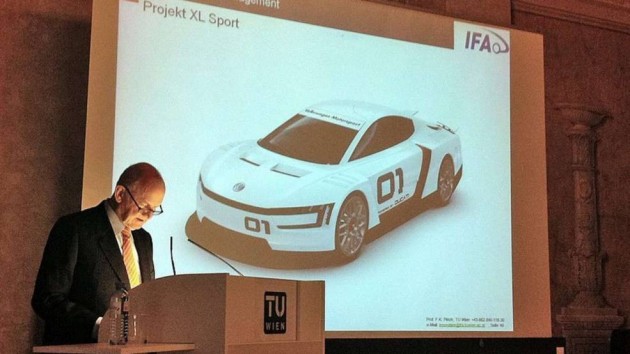 Earlier last year Volkswagen Group, or more specifically, Audi bought Italian motorbike manufacturer Ducati. It seemed farfetched at the time that we’d ever see any sort of project that joins the two companies. How wrong we all were.

The XL Sport is a four-wheeled concept vehicle which is powered by a Ducati 1200cc engine. Even though the engine is from a motorbike, it doesn’t stop it from being a high-powered machine ever for a car. It produces 140kW and 123Nm.

Further specs haven’t been mentioned, although, judging by the low torque output the engine is likely to be capable of revving to oblivion, like a motorbike. A weight of 795kg has been mentioned, giving it a great power-to-weight ratio of 5.6kg:1kW.

Based on the XL1 concept, only more sporty, the project is said to be a research vehicle only, with no chance of it ever entering production. Still, it’s pretty cool that a large company has a few creative genes running through its blood to even consider putting something like this together.