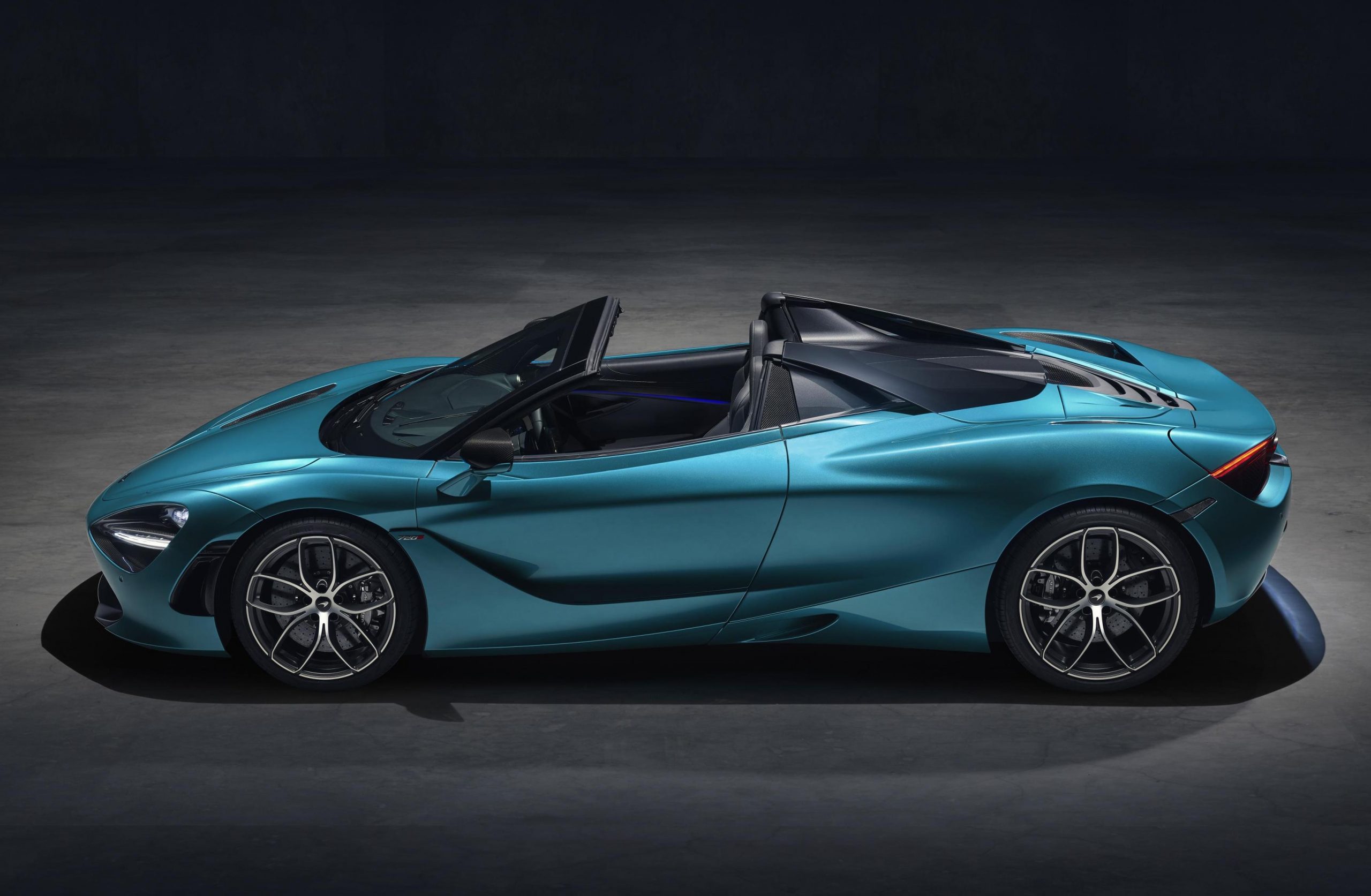 Following an earlier teaser, this is the new McLaren 720S Spider. It sits at the top of the Super Series range as the fastest and most powerful open-top model. 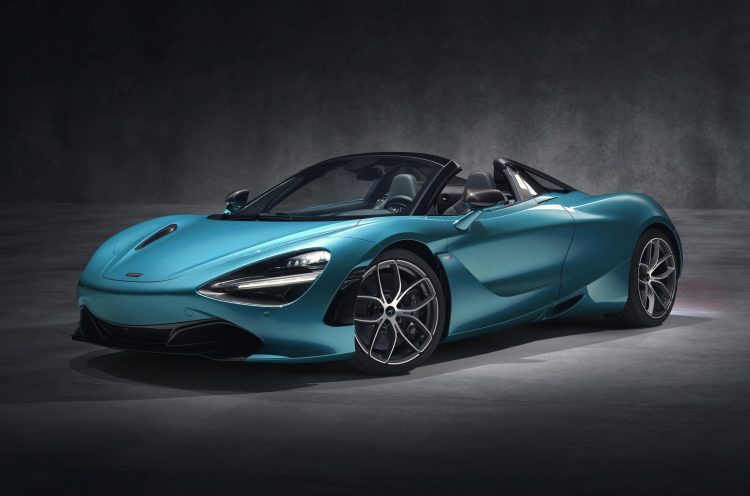 Based on the 720S coupe, the new Spider has been engineered to be as light as possible even with the extra reinforcements needed for a vehicle that has no fixed roof. But the result is a dry weight of just 1332kg, which is only 49kg heavier than the coupe.

“As the most accomplished convertible supercar ever, the new Spider delivers across a remarkable spectrum of abilities to outstandingly high levels, and as lightest in class with an increase of just 49kg over the 720S Coupé, moves us even further ahead of our competition in the weight race.”

Like the coupe brother, the McLaren 720S Spider is built on McLaren’s Monocage II carbon fibre structure. However, for the Spider it’s called the Monocage II-S, and doesn’t feature the central spine that runs across the top of the vehicle from front to rear. There’s also changes to the rear bulkhead to accommodate the roof, and the windscreen frame is revised to latch the roof in place. 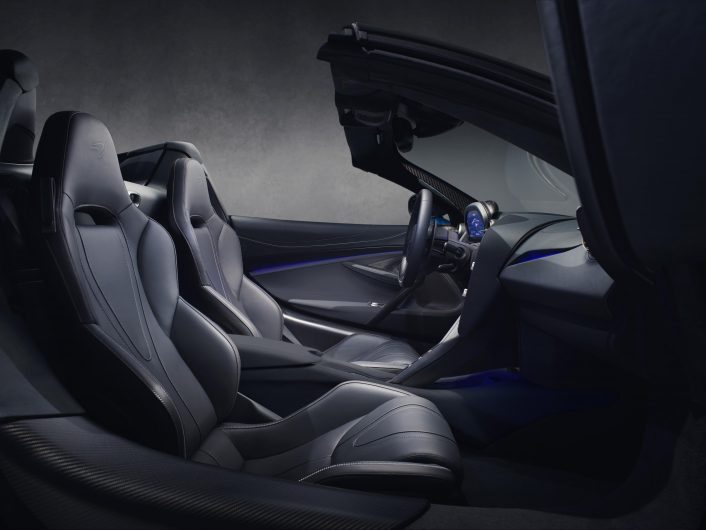 In the back there is 58L of storage space available under the roof cavity when the roof is raised. The tonneau cover that seals off the roof cavity sits as low as possible to maximum vision and optimise air intake to the engine and coolers.

As for the roof itself, it’s a hard-top component made from carbon fibre. McLaren boasts the flip-down action as one of the quickest in the convertible supercar world. Retracting it back takes just 11 seconds, and it can operate at speeds up to 50km/h. Buyers can also option for a glazed electrochromic glass panel that’s capable of switching between tinted and transparent states.

In the cabin it is all pure supercar. There is an 8.0-inch touch-screen media interface for audio and sat-nav controls, but who is going to worry about that stuff when you’re driving such a beast with the roof down. Carbon fibre and leather is used for more of the decor, although buyers have a range of optional combinations. 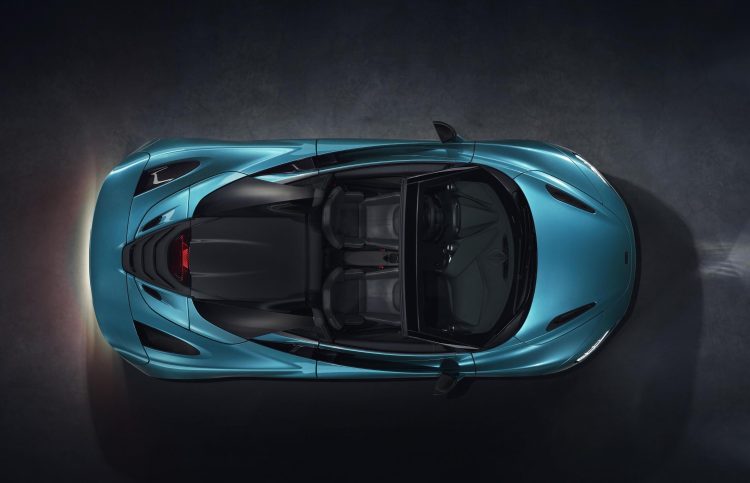 Interested punters can place an order now for the McLaren 720S Spider. Prices in the UK start from £237,000.