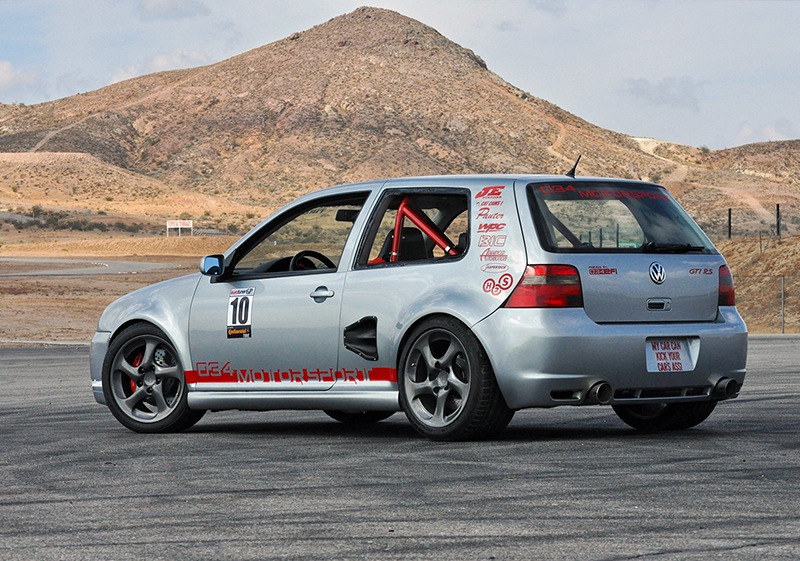 Take one 2001 Volkswagen Golf GTI hatch, and fill it with a custom mid-mounted Audi S4 2.7-litre turbocharged V6, and what you’re left with is one ballistic rear-wheel drive hatch. 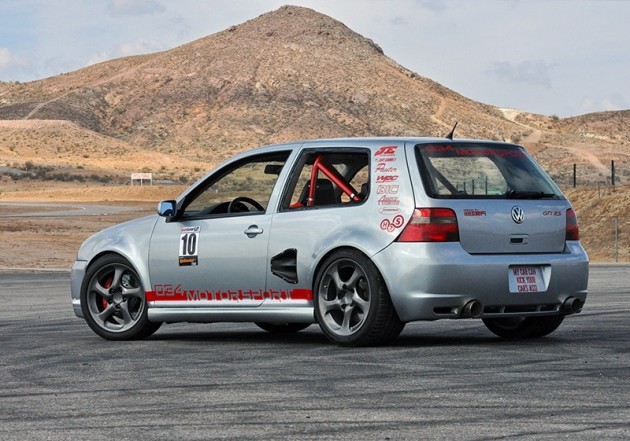 Known as the 034Motorsport Volkswagen Golf GTI-RS, the custom creation is fairly well known in the US. It picked up the overall win at the 2011 Eurotuner Magazine Grand Prix, and was featured on the cover in 2010.

Almost every aspect of the car is custom modified. Much of the rear end, including the suspension, is borrowed from a Porsche 996 911 Turbo, while the drivetrain uses an Audi 01E 2WD six-speed transmission.

To accommodate the engine, which is mounted in the boot of the Golf, the rear of the body had to be widened. It features custom fabrication with bolstered wheel arches, and a neat little race-style air intake just in front of the rear wheels. 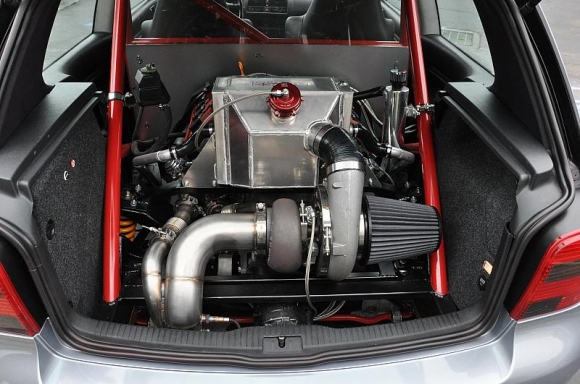 There’s also a 034EFI Stage IIc engine computer and an AIM Sports MXL Pro dash interface. As a result, the package has laid down 807.2hp at the wheels, which is 602kW – around four times the power of today’s Golf GTI Mk6.

The entire package is currently up for sale in the US, with an asking price of US$60,000 (approximately AU$63,507 after a straight conversion). Head over to the 034Motorsport website for more details.