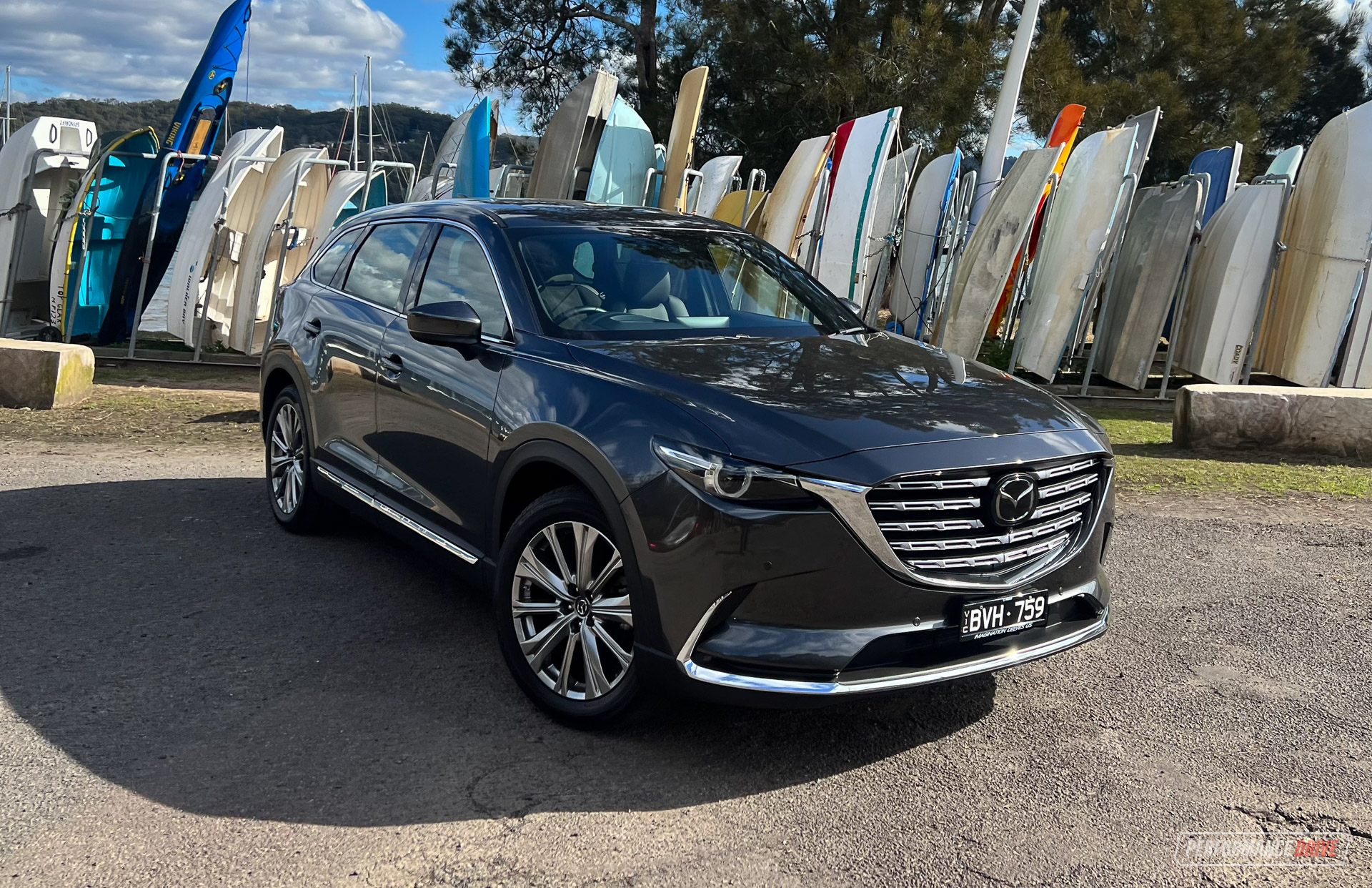 There are few market segments in Australia’s automotive market more hotly-contested than the large seven-seat SUV category. Mazda’s second-generation CX-9 is one of two entrants for this class from the Japanese brand – the other being the somewhat smaller CX-8. 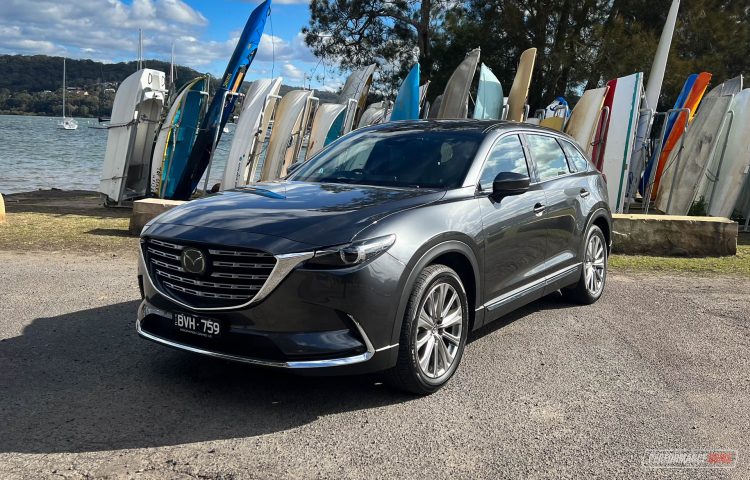 This current incarnation of CX-9 has been with us since 2016. Launched to critical acclaim at the time, it was lauded for moving the game forward in terms of dynamics and efficiency – having ditched the thirsty 3.7-litre V6 of its predecessor – as well as craftsmanship.

In the intervening years, key rivals have invested heavily in new platforms, engines and models, meaning the CX-9 has faced quite an onslaught from competition. Toyota Kluger, Hyundai Santa Fe and Kia Sorento have all turned up the heat with their newest generations. Understandably, market share has fallen to 5.9 per cent YTD compared with 7.5 per cent for the same period last year for the CX-9 (VFACTS, June 2022).

We tested the Azami AWD in Machine Grey to see how it performs near the end of the model’s life span. Prices for this spec start from $66,550 for the front-wheel drive version and from $70,550 for the AWD model as tested (excluding on-road costs).

* Figures based on previously tested 2019 CX-9 LE, as tested by PerformanceDrive on the day. Factory claims may be different 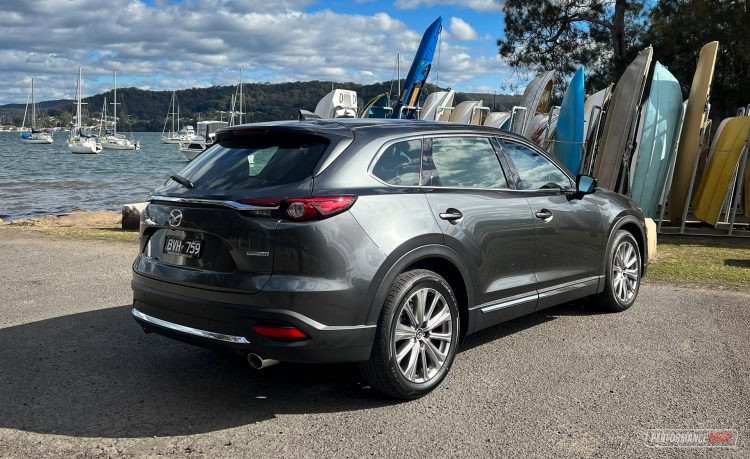 Our test car has all the fruit Mazda could throw at it, except for the second-row captain’s chairs of the Azami LE – which also feature electric adjustment for VIP-style comfort.

Looks-wise, the ‘Kodo’ design theme remains largely the same as it was in 2016, albeit with a more prominent grille and different wheels. This is no bad thing, as it is a handsome car in our view, but the commonality of it and the CX-5 on Australian roads means it is very familiar. 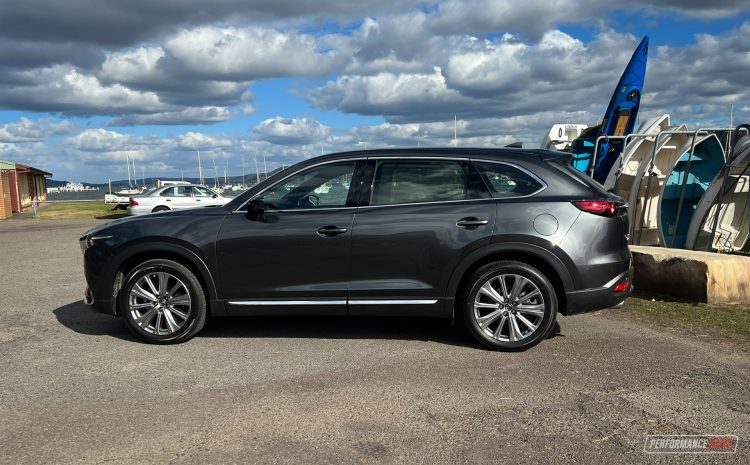 All the requisite active safety tech required for its five-star ANCAP rating are present and accounted for, such as autonomous emergency braking (AEB), forward collision alert and a full suite of airbags and stability control. Driving aids such as adaptive cruise, speed zone recognition and 360-degree camera are all well-integrated and dependable helpers, gently augmenting the driver rather than yanking the wheel obnoxiously.

Interior presentation remains a highlight of the CX-9, with our model featuring brown Nappa leather seats with white piping and a diamond pattern. Contrasted against the open-pore wood surrounding the gear selector and textured aluminium elements, it still exudes the premium and distinctly-Japanese ambience that Mazda has done very well at creating lately. 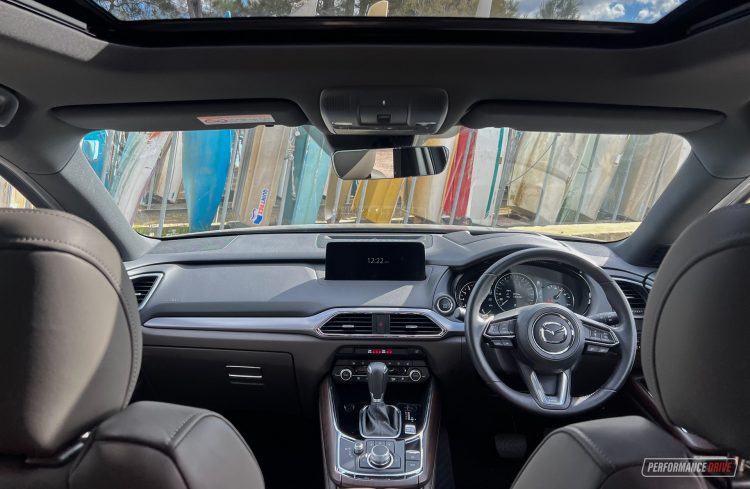 Panel gaps, material quality and craftsmanship remain near the top of the segment. The only criticism here might be the hard plastic around the glovebox and around the steering column, plus the texture on the upper half of the dash. Nevertheless, the chimes, the solidness of the door ‘thunk’ and overall quality leave us impressed.

Ergonomically, the car mostly works well, relying on the MZD Connect click-wheel and wide screen. Some inputs are locked out while driving, such as navigation, but there are cases where it works better than a touch-screen, such as operation of radio and media. Annoyingly, there is a hidden cluster of switches to the right of the steering wheel, including stop-start and 360-camera. This is less-than-intuitive in our opinion, especially considering the latter doesn’t operate as often as you’d expect. 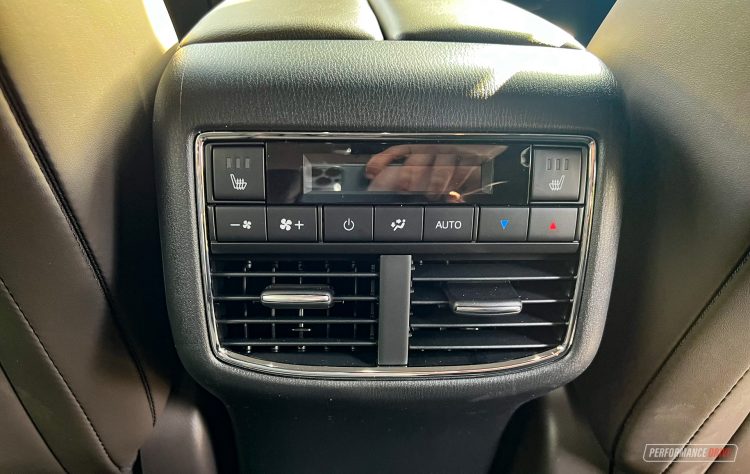 Instruments are neat and logical, but perhaps a little lacking in flair. The head-up display provides a digital speed readout, but not in the the cluster – it’s analogue only.

At 5075mm long, the CX-9 isn’t overly gargantuan for its segment and makes good use of its 2930mm wheelbase. Second-row occupants are well catered for in terms of space, also getting their own climate controls. The third-row is fine for adults, if the second row is moved forward a touch, but headroom may be compromised by the tapering roofline for over six-footers (GT SP shown below). 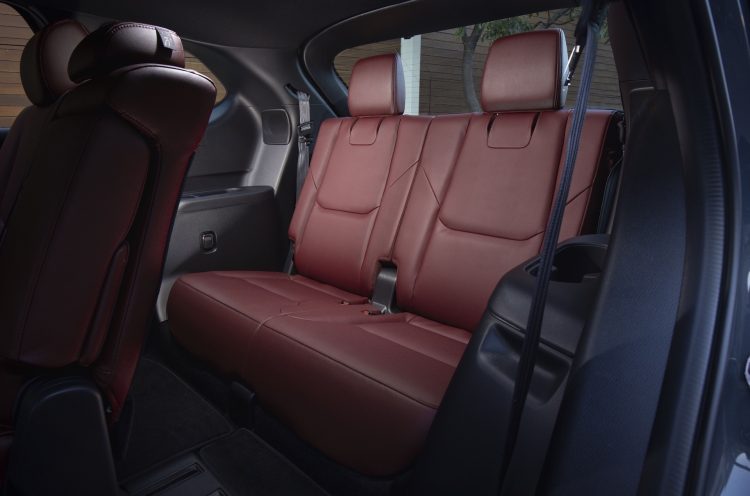 Access to the third row is helped by the wide-opening rear doors, while controls for folding the seats down are intuitive and easy to use. We are particularly impressed by the car’s locking system, which automatically locks the doors as you walk away, denoted by two subtle beeps.

Boot space is measured at 230L with all rows up, and 810L with the third row down. A 2000kg braked towing capacity is average for its class. 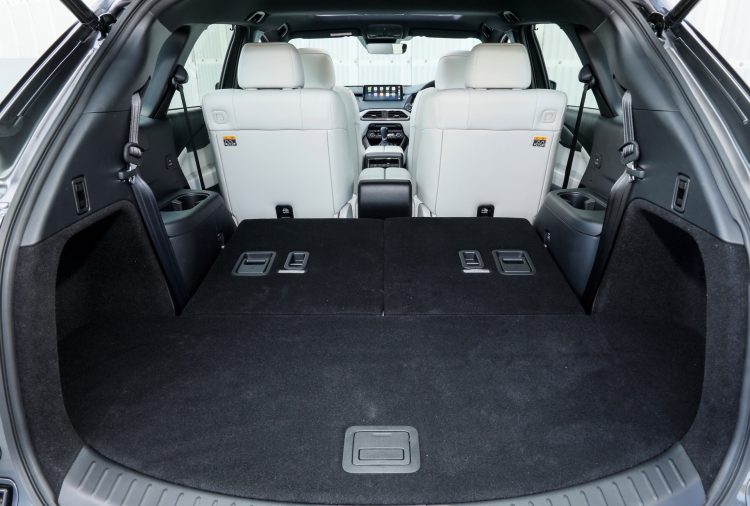 Although it won accolades at the start of its generation, Mazda’s trademark handling characteristics can’t conceal the inherent heaviness or weight distribution of this 2011kg conveyance. Steering is direct in terms of gearing and assistance, but just that little bit too inert to transmit what the front tyres are doing when pushed hard – which is not confidence-inspiring.

This is a family bus first with a Mazda twist. Treat it accordingly. Having said that, it is still reasonably nimble point-to-point. The CX-9 still has that dynamic Mazda spirit but not when pushed. Up to then, the combination of exceptional chassis tuning and Mazda’s G-Vectoring system keep the car neutral, poised and refined with noise and vibrations and bump absorption still exceptional by today’s standards. 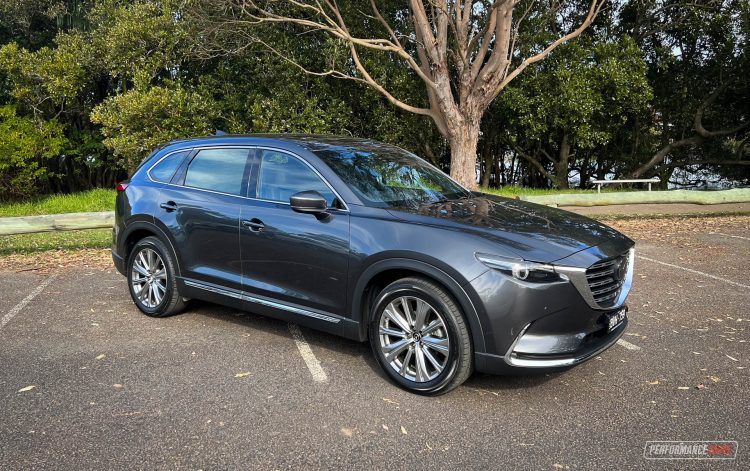 Just the faintest hint of lag at times – good by turbo standards – i-stop is very responsive as far as stop/start systems go, and it can be switched off.

Against an official figure of 9.0L/100km, we saw between 11-12L/100km, with a lot of hills and spirited driving. Not bad, but against a backdrop of newer hybrid and diesel competitors, less than remarkable. The CX-8’s turbo-diesel option would be a welcome addition here, but this car’s imminent replacement is expected to feature a plug-in hybrid, as well as diesel options.

On paper, at least, the RWD-based successor with inline-six power should wrest back dynamic supremacy in this segment, having the key ingredients typically associated with a BMW. We are licking our lips in anticipation of the new model.

It’s worth mentioning that since 2016, Mazda has barely touched the CX-9. It has fallen off the pace in some key areas compared with Kluger, Santa Fe and Sorento – as expected given the generational gap. It still comes across as a very likeable, refined, premium and great-to-drive SUV, which is testament to the fundamental strengths Mazda imbued it with at its inception.

It does not feel like a dated car, overall – except in a few minor areas. In a hyper-competitive market segment, the CX-9 still has plenty to draw buyers into showrooms. Being an enthusiast-based publication, we are eagerly anticipating its replacement and expect that it could be a game-changer.