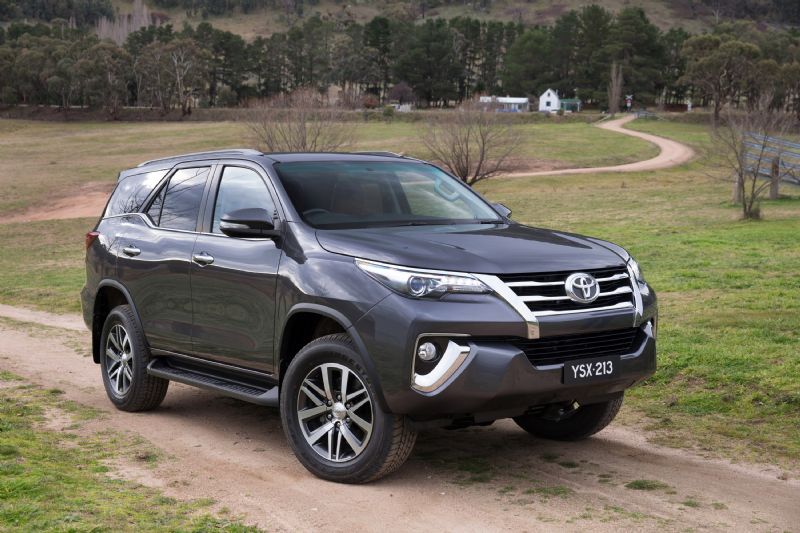 Toyota has pulled the sheets of its 2016 Fortuner seven-seat HiLux-based SUV that will reach Australian shores in October. The debut took place in both Thailand and Australia simultaneously. 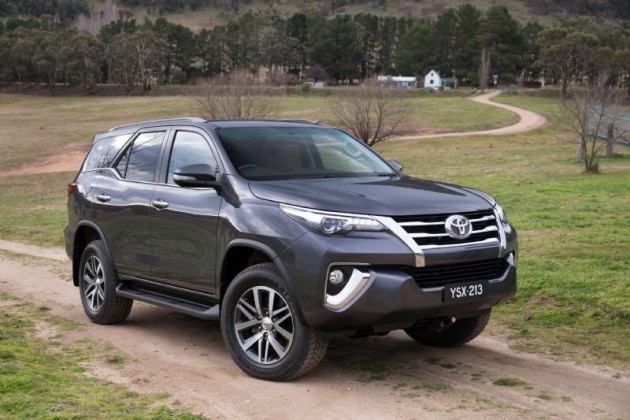 The Thai-made body-on-frame wagon will slot between Kluger and Prado, and square up against Mitsubishi’s Challenger, Holden’s Colorado7, the Isuzu MU-X and Ford’s upcoming Everest, in a segment that is now bursting at the seams with entrants.

Three trim levels will be offered in Australia, the GX, GXL and the range-topping ‘Crusade’. Every Fortuner sold here will be powered by Toyota’s new 1GD-FTV 2.8-litre turbo-diesel which develops 130kW. Torque and towing figures vary according to transmission choice. Models equipped with the six-speed automatic gearbox develop 450Nm at 1600-2400rpm for 2.8 tonnes of tugability. Six-speed manual equipped Fortuner’s churn out 420Nm. It’s a lower figure but it is available over a broader 1400-2600rpm plateau, and are endowed with a full three-tonne towing capacity.

A rear differential lock will be standard, as well as dual-zone climate control, while a full arsenal of airbags and reversing camera ensure it will be competitive on the safety front. Moving to the higher grades sees keyless smart entry, hill descent control and LED lighting thrown in.

“Fortuner provides a diesel alternative to the petrol-only Kluger range as the new entry point for customers looking to purchase a large Toyota diesel SUV. Fortuner’s strength and refinement ensures it is equally at home on the school run as on the toughest off-road trails found in Australia.”

The basic specifications are as below. Local prices will be announced closer to launch date.