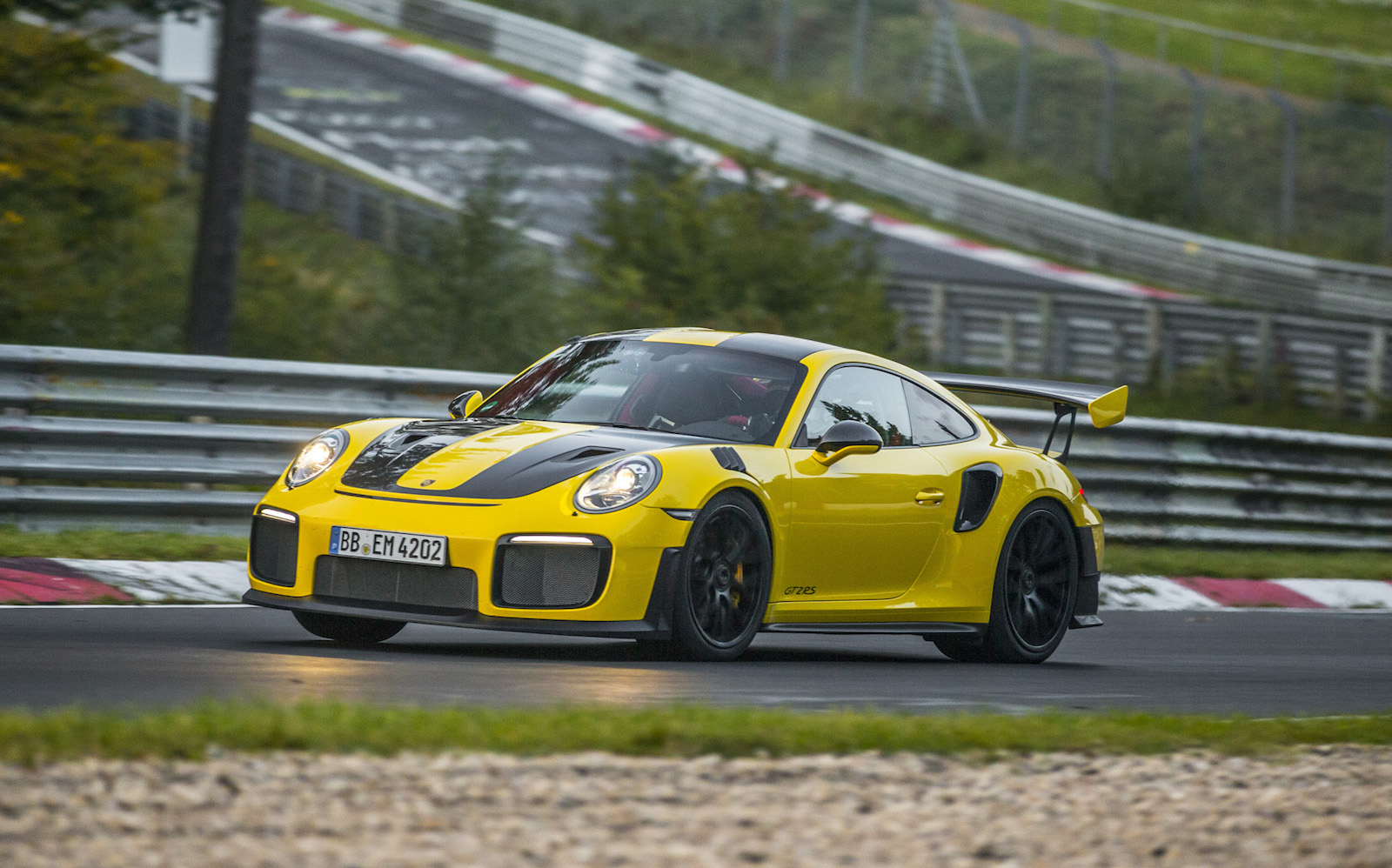 As suspected, Porsche has done it. A new lap record is has been etched into the Nurburgring hall of fame with the latest 911 GT2 RS. It recently set an insane time of 6:47.25. 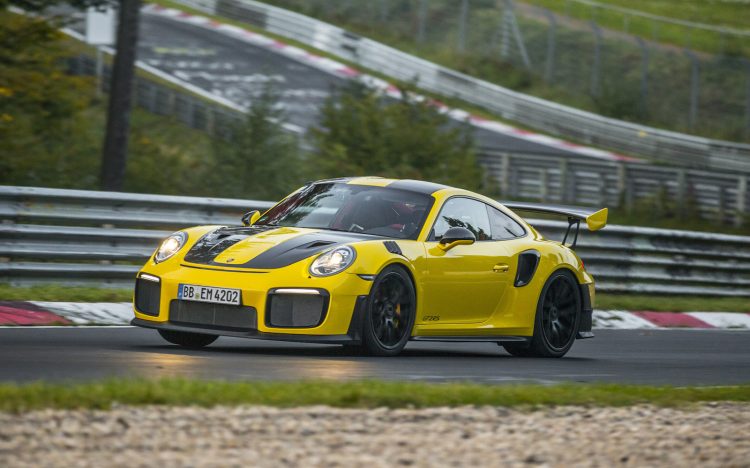 You only need to check out the video below for verification; the GT2 RS is unbelievably quick. The way is carves around corners like a jet sprint boat, changing directions and then soaring down straights like it’s in a vacuum. What a machine.

This makes it the quickest production car to ever lap the famous German circuit, knocking the crown off the Lamborghini Huracan Performante and its time of 6:52 set earlier this year. Speaking about the applause-worthy achievement, Frank-Steffen Walliser, vice president of Motorsport and GT cars at Porsche, said:

“At the start of the development process, we set ourselves a lap time target for the GT2 RS of less than 7 minutes and 5 seconds. The credit for beating this target by 17.7 seconds goes to our development engineers, mechanics and drivers, who demonstrated an exceptionally strong team performance. This result makes it official: The GT2 RS is not only the most powerful, but also the fastest 911 ever built.” 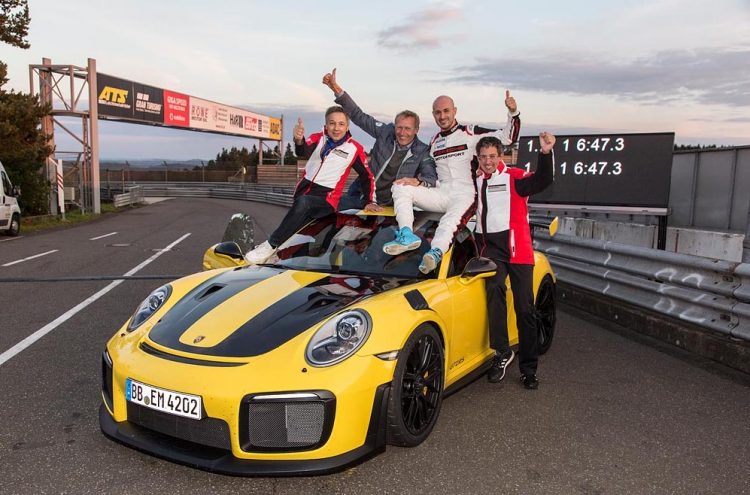 Check out the mind-blowing lap video below. If you have a smart TV or Chromcast or something, we’d recommend mirroring this one up for some truly entertaining television. You can almost see the downforce. It’s also interesting to see the car looks quite composed even while hitting the kerbs and bumpy sections.