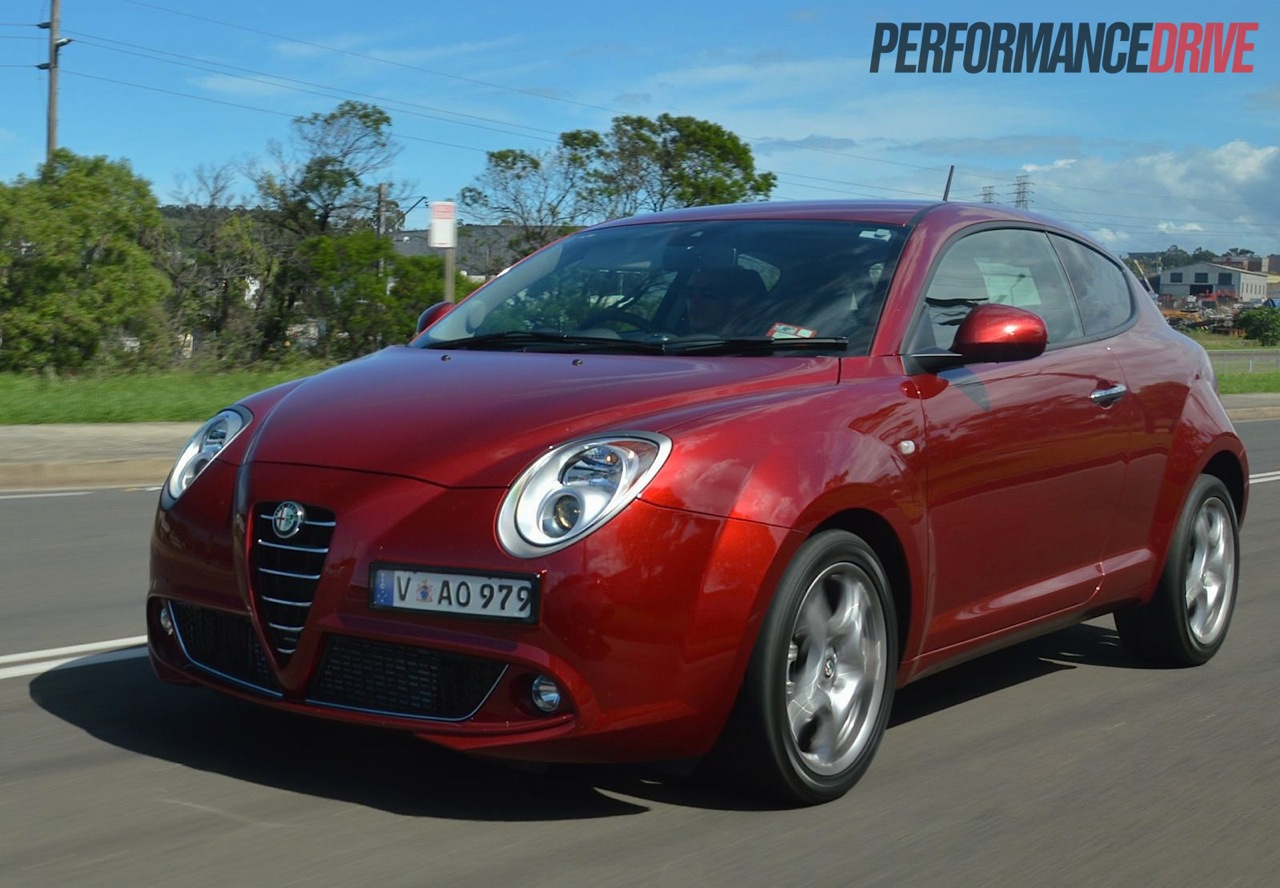 The light car category is as fierce as ever. There are loads of interesting and desirable vehicles to choose from. Thanks to a new pricing structure, the 2013 Alfa Romeo MiTo Progression is now a truly competitive contender, reinvigorating the segment with some Italian flare. 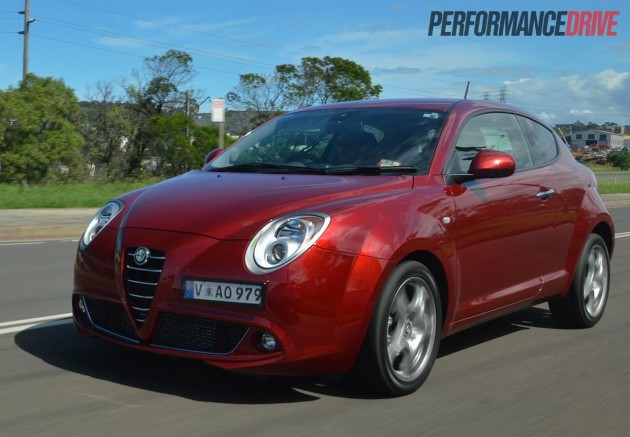 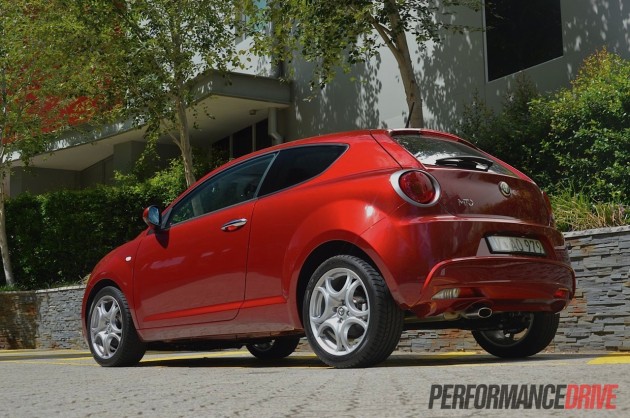 With Fiat and Alfa Romeo under new directorship in Australia, prices have been slashed across the board. You can now jump into the entry-level three-door MiTo Progression from just $25,200, which is a whopping $6790 reduction on the previous pricing.

For that you get a proper Italian thoroughbred with flamboyant styling, a charming and energetic driving character, decent features and equipment, and the most powerful engine in its class.

Under the angular pointed-nose bonnet sits a 1.4-litre turbocharged ‘MultiAir’ (electro-hydraulic valves) four-cylinder engine producing 99kW of power and 230Nm (in Dynamic mode) of torque. It’s matched up to a six-speed dual-clutch TCT transmission. There is no manual option and no five-door option. 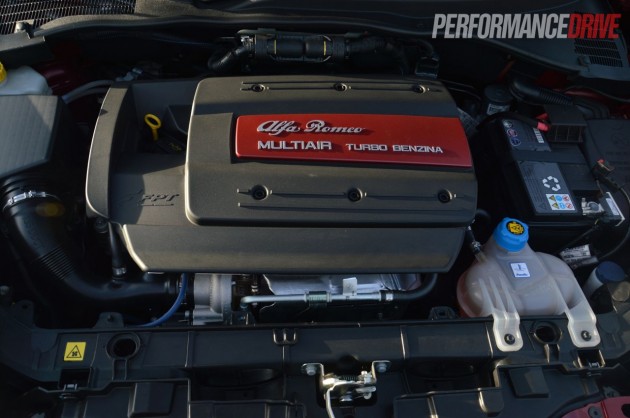 As usual, it’s not always about power. The Alfa MiTo weighs in at 1145kg, which seems light at first but when taking a look at the competition, turns out to be on the heavier side.

The Polo five-door tips the scales at 1088kg (auto), the Citroen DS3 DStyle at 1075kg, and the MINI Cooper (auto) at 1115kg. The only model which presses notably more firmly on the scales is the Audi A1, at 1200kg. As a result, the MiTo comes with a class average power-to-weight ratio.

Underneath it all, the MiTo sits on the Fiat and General Motors developed Small Common Components System platform. The development was used to underpin the Europe-only Opel Corsa and the Fiat Grande Punto (not sold in Australia). 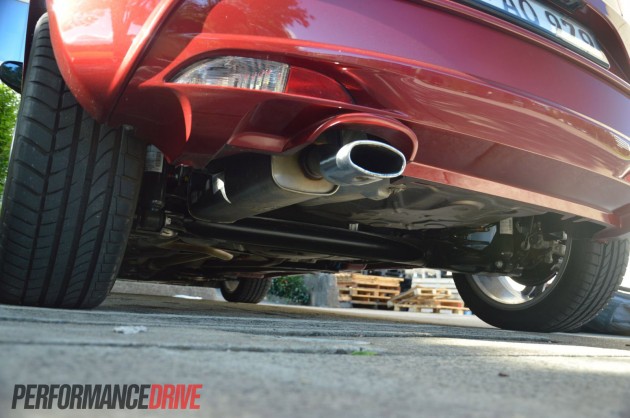 It’s typically Italian inside the MiTo; the driving position is rather unconventional and a bit awkward for a compact hatch, with a high seat and a slightly tilted forward steering wheel. We’re not sure why Italian cars tend to get it wrong so often.

The front seats are comfortable with decent side bolsters to hold you in during times of high lateral g-force. In the back, occupants will find it relatively confined, although, in comparison to some of its rivals it is at the more accommodating end. Headroom is reasonable and the lack of stretch-out legroom is about on par with other vehicles in this segment.

The great thing about Italian cars is they seem to celebrate the automobile, and they’re not afraid to turn away from the boring, conservative side that generally makes up a car interior. In the MiTo, it’s no different. The dash is basic yet stylish with patches of metallic-finish silver coordinating with silver sections on the sporty three-spoke steering wheel. All contours look like they were crafted with a certain amount of passion. 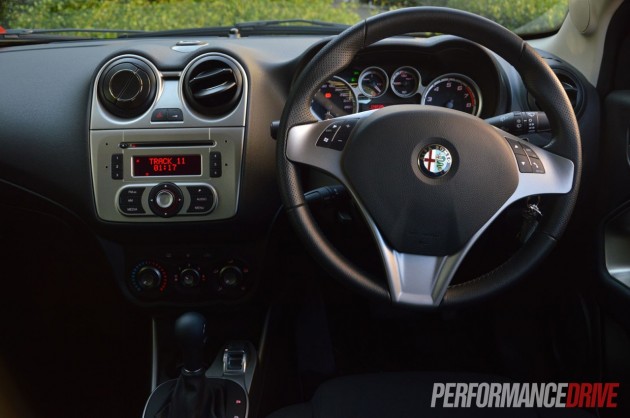 Build quality is very good as well, in our opinion, with no sign of creaks or rattles disturbing the drive. Some of the plastics are a little on the hard side and do seem like they would mark and scuff pretty easily, but all in all it’s a great package that gives off a distinctive European semi-premium character.

The stereo, which supports USB and Bluetooth, pumps out sounds through six speakers with commendable levels of bass and clarity. The audio interface is a tad fiddly and is starting to show its age with very basic 2D digital graphics.

Dual-zone automatic air-conditioning is only available on the higher end variants, so the Progression makes do with a regular manual air-con setup.

In the boot, 270 litres of space is available to lug around your things. This compares on average with the competition; the MINI Cooper offers 160 litres while at the other end of the spectrum the Citroen DS3 offers 285 litres and the Volkswagen Polo offers 280 litres. 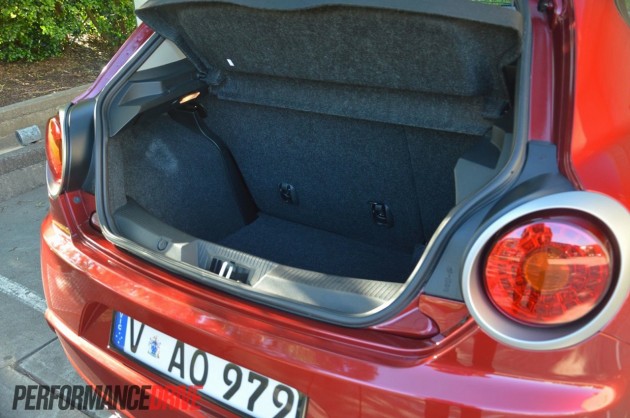 Being an Alfa Romeo automatically means it’s a work of art, doesn’t it? Well, in our opinion, we don’t think that’s the case with the MiTo. The nose is too pointy for our liking and the eyes kind of appear cross-eyed and a little dopey. It’s a friendly design though, and looks a bit like a pouty puppy dog.

At the back things are a little more aggressive, with muscular rear wheel arches giving it a fat stance. The circular taillights, again, garnished with silver highlights, give it a distinguished look that will never be mistaken for anything other than an Alfa.

The Progression doesn’t feature a bodykit of any sorts, in terms of extensions and trimmings, however, the natural full-bodied lines and linear low-hanging panels provide a sporty look all by themselves.

The fact that the range-topping QV (Quad Verde) comes with the same panels is a testament to Alfa’s passion regardless of the variant level. Coinciding with this all-in attitude, the Progression comes with 17-inch alloy wheels – Alfa wouldn’t dare allow a vehicle to leave its floor with hub caps and steel rims. 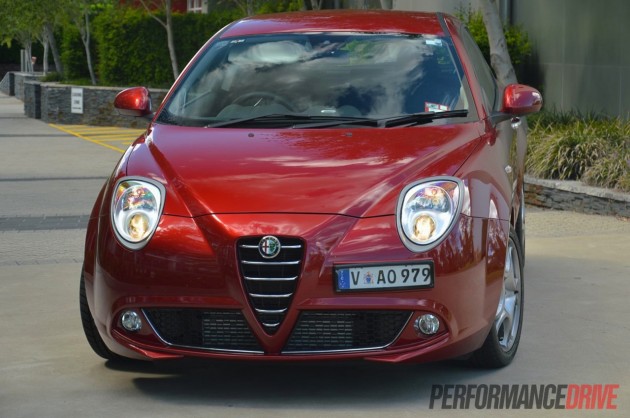 Okay, so the body and styling has been created with a huge amount of detail, but what happens if you lose control and bang it all up in an accident? Australia’s ANCAP hasn’t specifically tried this for the sake of safety, but the local arm has brought over the European NCAP crash results and found the MiTo to hold up well.

It’s been awarded the full five stars. In recent tests it scored a very high 36.1 out of 37, thanks to dual front airbags, side airbags and curtain airbags, and a driver’s knee airbag. The MiTo also comes with traction and stability control, as well as Dynamic Steering Torque – similar to a limited-slip diff – and Corner Brake Control to help pivot the MiTo around bends.

Out on some country roads with fun corners the MiTo is a great-handling package. It tips in with urgency and maintains its line throughout the bend. You can adjust the mild understeer/oversteer squirming by shifting the weight by either backing off the throttle or by using the brake pedal.

The steering provides good feedback and is nicely weighted, especially in Dynamic mode. Speaking of the modes, the MiTo comes with a chunky-looking dash toggle offering Normal, Dynamic, and All-weather. Each mode changes the throttle response, suspension, and steering settings to suit accordingly.

We found the Normal mode to be a good compromise for day-to-day driving. In Dynamic mode you immediately notice the tightened up throttle response and the more eager suspension and steering. The gear changes are also made later in the rev range. 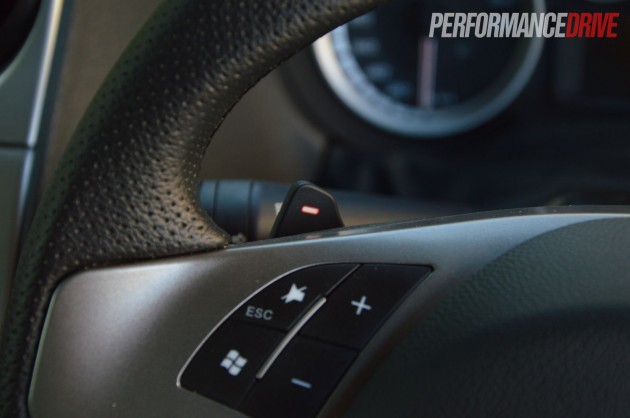 The dual-clutch TCT transmission does provide reasonably quick upchanges and downchanges, using or not using the paddle shifters. It does feel like it needs a good recalibration though. In Normal mode gears tend to be held for far longer than what is needed and you end up upshifting with the paddles yourself just to shut it up.

In Dynamic mode, it’s great. It anticipates your eagerness to punch away from corners by downchanging itself, and upshifts near the rev limit. Using the paddles only amplifies this sporty attitude.

Overall, we feel the transmission is one of the lesser refined dual-clutch arrangements currently on the market. It’s slow-changing in comparison to what the rivals offer, and the computer behind the gearbox definitely needs some tuning for ultimate smoothness and driver understanding.

On highways the ride comfort and stability is satisfying, even in Dynamic mode, although, in the racier setup the steering does become a little twitchy for highway use.

During full attack on tight twisting mountain roads we found the suspension quite absorbent and compliant, however, the chassis can become unsettled over mid-corner bumps quite easily. This, we feel, is almost entirely due to the old-hat torsion beam rear suspension layout which doesn’t allow for much wheel travel. Again though, this is only during heated driving. 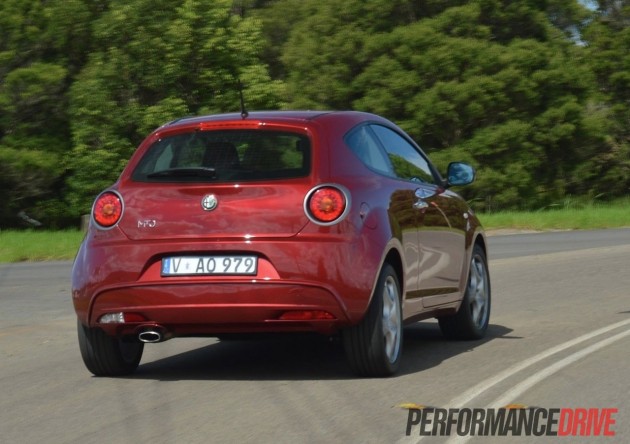 Up until now the junior Alfa has always been a bit far-fetched due to its price. With the base model kicking off at $31k, you could save a few grand and step straight into a Polo GTI; the benchmark as far as we’re concerned.

With these new prices though, it’s never been a better time to get into an exotic Italian marque. The MiTo stands out as a stylish and classy option, and one worth looking into. It’s also very fuel efficient – we averaged 6.9L/100km during our time with the car – which is obviously an important factor in this segment. 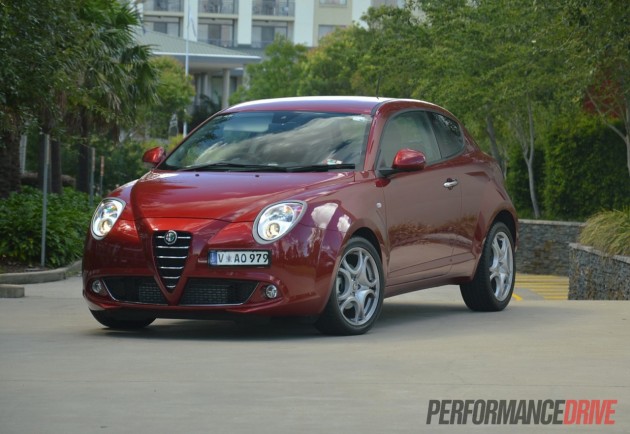 (Competitors below are selected based on price and entry level (or as close to) and not necessarily on outright power/torque.)