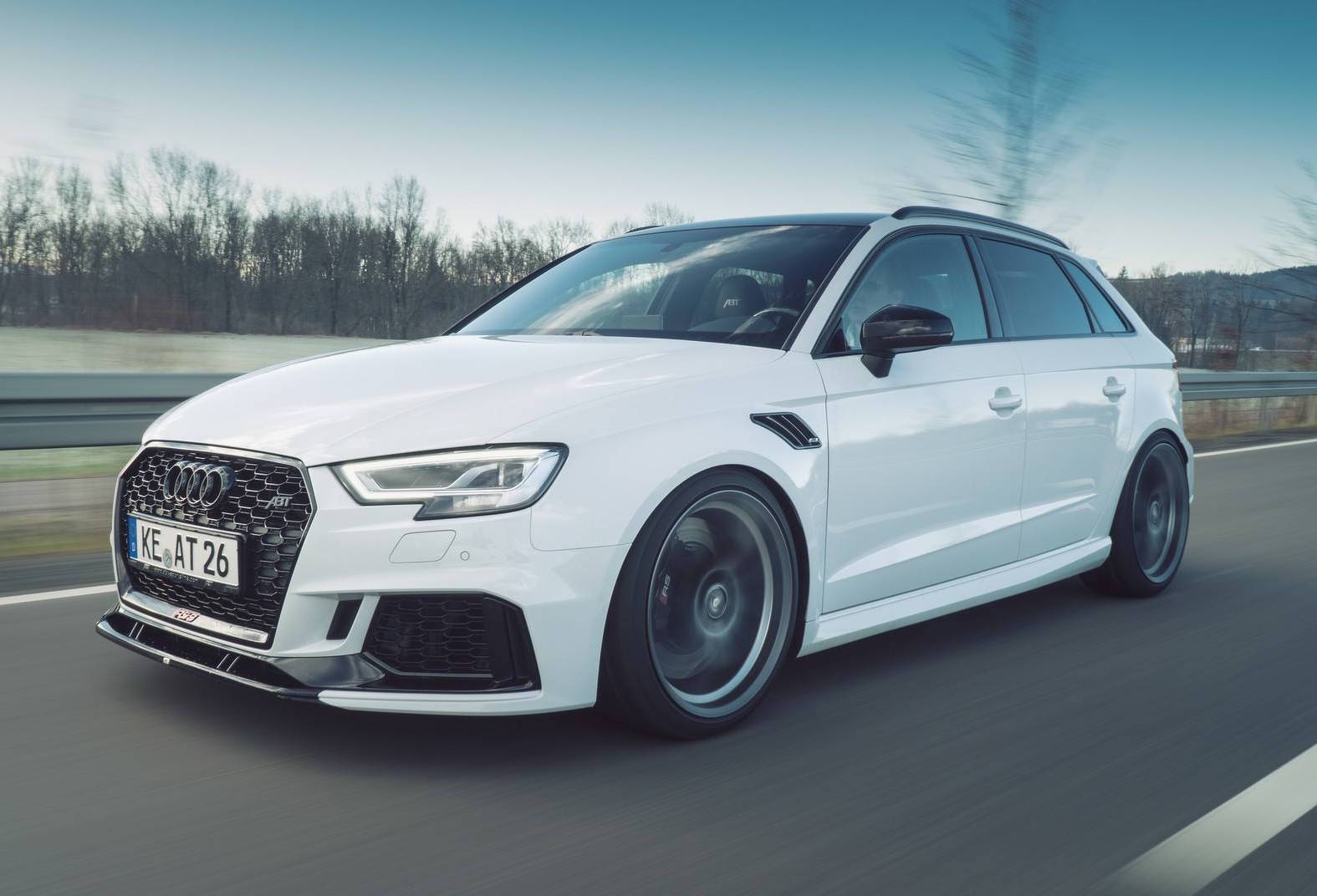 If you thought the standard Audi RS 3 was an astonishingly powerful little car, then get a load of this. It’s a tune-up package from renowned Audi tuner ABT. 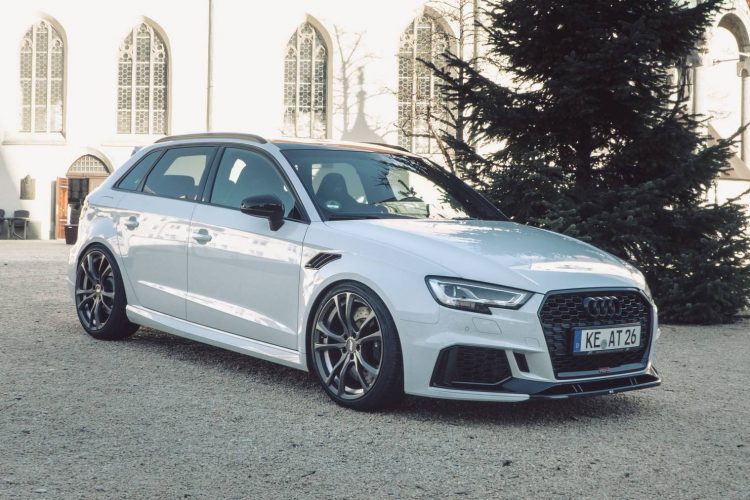 The latest Audi RS 3 comes with a bonkers 2.5-litre turbocharged five-cylinder engine that cranks out 294kW and 480Nm. This helps the hatch sprint from 0-100km/h in just 4.1 seconds when driven with anger, which makes it one of the quickest hot hatches in the world.

ABT has seen these figures and shrugged its shoulders in apathy. It’s then gone to the drawing board and come up with something of its own. The firm has devised a couple of upgrade packages, including the ABT Power and the ABT Power R.

Both of these bring revisions to the engine computer calibration, along with, presumably, a tone more turbo boost. The former kit sees power increased to 339kW, while the R package, for people who are obviously a bit nuts upstairs, takes power to an incredible 368kW. That’s around 500hp in hatchback.

There’s no mention of improved performance figures, however, ABT also offers a number of other upgrades to help the rest of the car handle the madness. There’s 380mm brake discs on offer, 19-inch and 20-inch alloy wheel options with wide tyres, and ABT dampers for improved handling.

Some discreet enhancements to the body can also be made, including neat side vents in the front guards, a unique front lip spoiler, ABT black front grille, and a chunky rear diffuser. There’s also some ABT badges. Overall, it looks subtle yet you kinda know there’s something serious going on underneath.