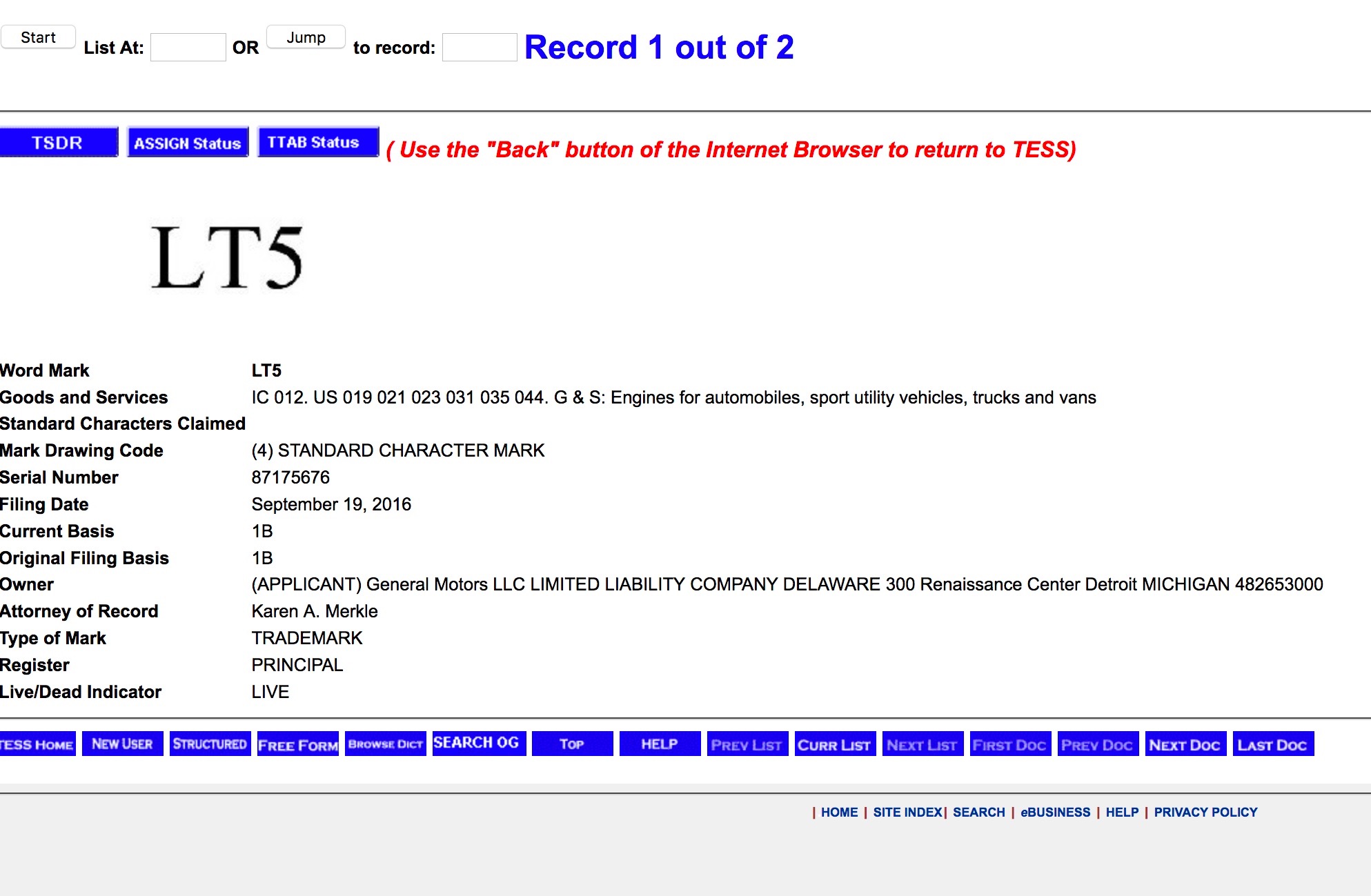 General Motors has been caught for the second time in just three years submitting a patent application to register the ‘LT5’ moniker, more than likely the name for an upcoming V8 powertrain. 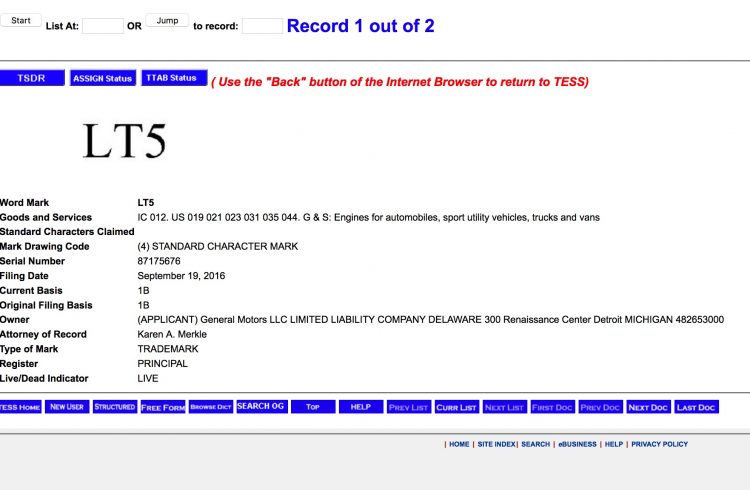 The trademark application in question was filed to the United States Patent and Trademark Office on September 19, specifying the LT5 would become one of GM’s “engines for automobiles, sport utility vehicles, trucks and vans”.

The news is significant because on May 16 of this year, GM registered the ‘ZR1’ moniker with the USPTO, so, many in the industry are linking the latest patent application as the engine that will power the next C7 Chevrolet Corvette ZR1.

Currently the Corvette Z06 is powered by GM’s LT4 6.2-litre supercharged V8 unit which produces 485kW and 881Nm of torque. While at this stage we can only speculate as to what the LT5 powertrain is capable of, some are tipping a twin-turbo V8 configuration pumping out something in the vicinity of 522kW (700hp).

The next-generation Corvette ZR1 is widely expected to receive its global debut at next year’s North American International Auto Show, held in January in Detroit. If and when it does, the ZR1 would take the throne as the top of the line offering of the C7 generation of Chevrolet’s legendary Corvette.