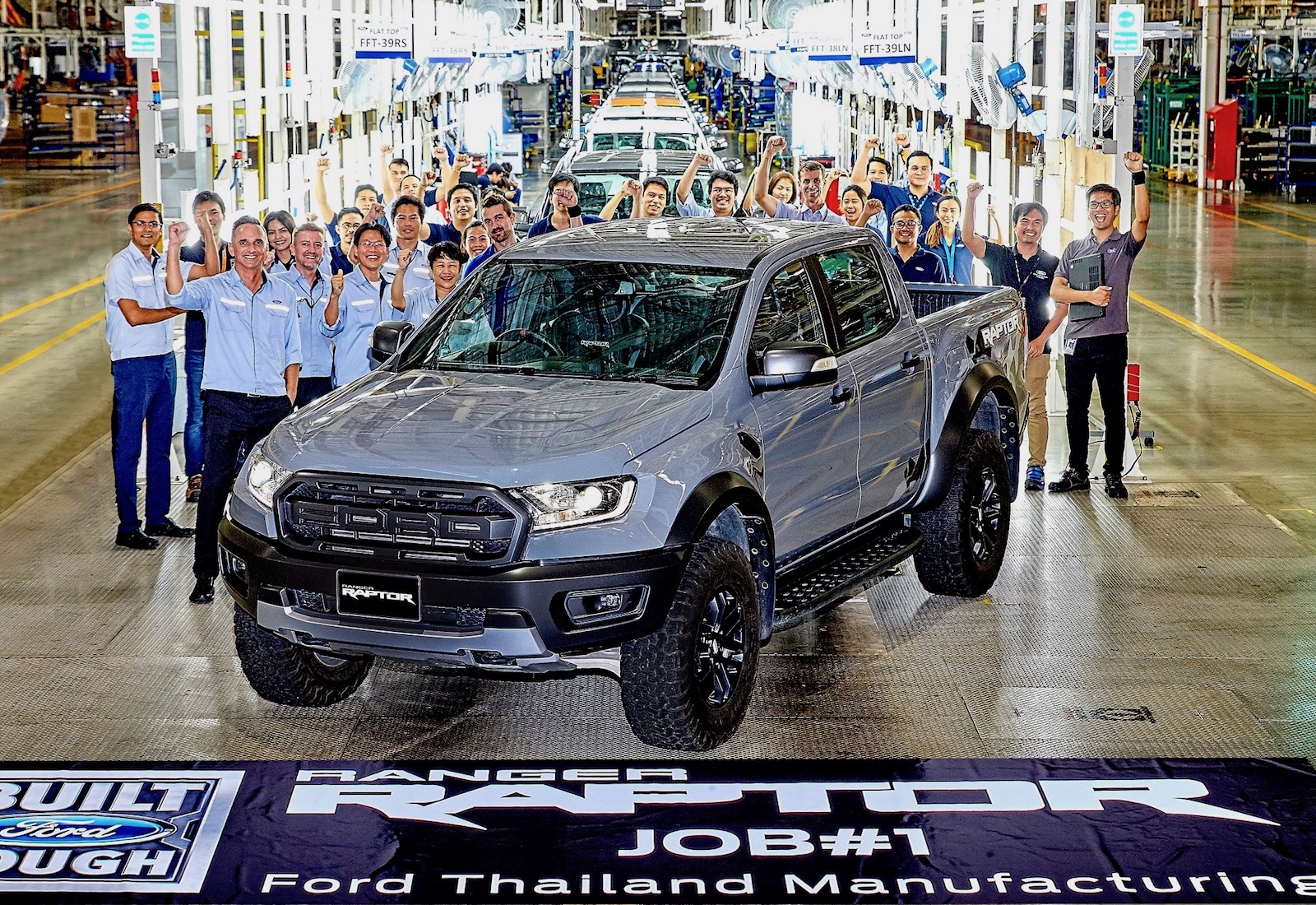 The ute segment doesn’t exactly need any sort of massaging to increase its popularity. But, the new Ford Ranger Raptor is sure to stir up the ever-popular segment. Ford Australia has just confirmed production of the new beast has commenced. 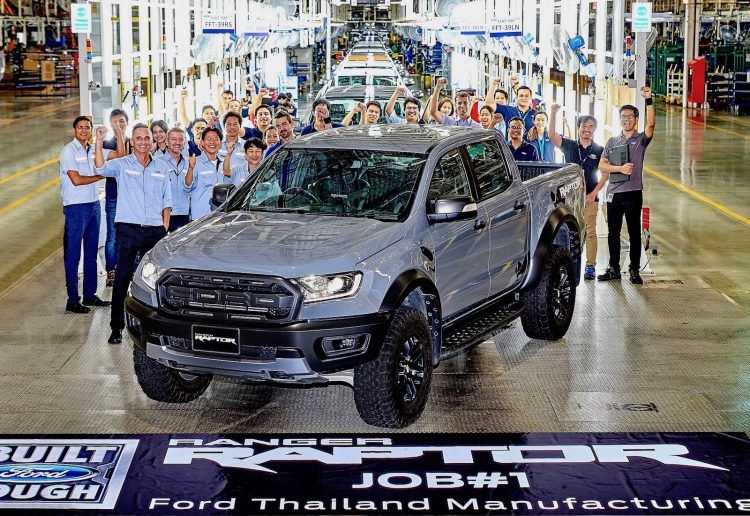 Ford says the first Ford Ranger Raptor rolled off the production line this week, at the Ford Thailand Manufacturing facility. The first example was coated in Conquer Grey – one of just five colours that will be available (Lightning Blue, Conquer Grey, Frozen White, Shadow Black, and Race Red) – which is fittingly named for the rough and ready 4×4 dual-cab performance ute.

Unlike the Ford F-150 Raptor that inspires it, the Ford Ranger Raptor isn’t a full-blown performance model. Sure, the 2.0-litre twin-turbo diesel four-cylinder is a touch more powerful than the outgoing 147k/470Nm 3.2-litre turbo-diesel five-cylinder seen in models such as the XLT and Wildtrak, however, the new engine’s 157kW/500Nm outputs are also available in the regular 2019 Ranger models as an option. 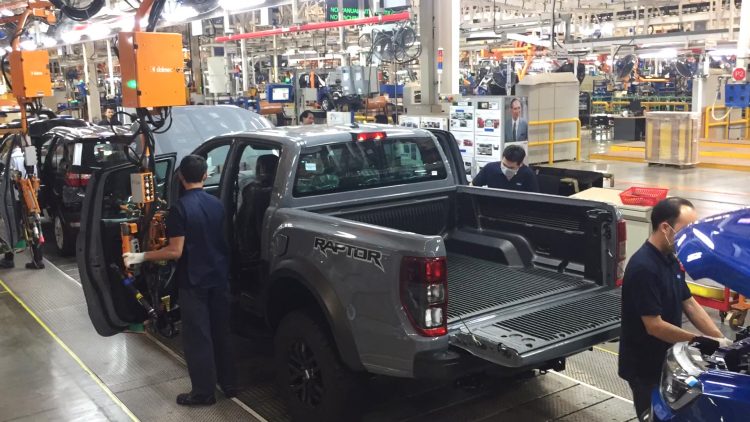 Behind the 2.0TT unit is a 10-speed automatic, which, again, is available in some 2019 models as an option. Ford hasn’t mentioned any performance figures for the 0-100km/h dash at this stage, nor has it confirmed the average fuel consumption figures for the Raptor.

Nonetheless, the Raptor will be most loved for its sheer off-road ability and go-anywhere attitude. Underneath it all Ford Performance has devised a comprehensive suspension upgrade, with Fox dampers and coilovers for the Watt’s Link rear end. There’s also a set of 17-inch alloy wheels wrapped in chunky BF Goodrich KO2 285/70 R17 all-terrain tyres, and special protection plates bolted to the underside that are 2.3mm thick.

The new variant is expected to be a very popular one when it arrives in Australia in October, even with prices starting from $74,990. It will go up against the likes of the $60,790 HSV SportsCat and the $61,690 Toyota HiLux Rugged X (all excluding on-roads). In a press release, Yukontorn Wisadkosin, Ford ASEAN president, said:

“The Ranger Raptor is truly the ultimate Ranger. With its bold appearance and extreme, off-road performance features, the Ranger Raptor represents a new and distinctive breed of truck for the region.”