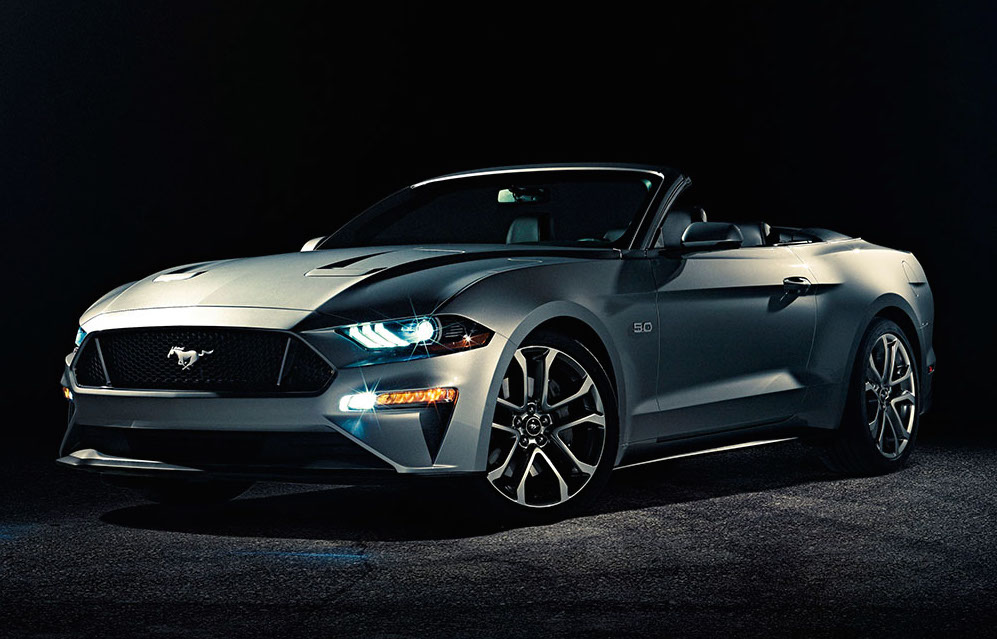 After the 2018 Mustang coupe was revealed at the 2017 Detroit auto show, the open-top version has been revealed, with the same changes to the front end that have so far polarised commenters and social media alike. 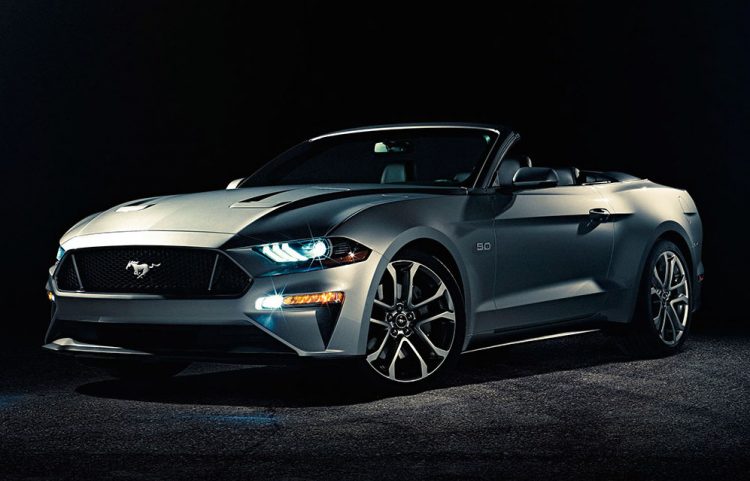 The convertible appears to debut a new ice blue colour, with the new styling elements looking to blend more cohesively with the drophead’s body than the fastback.

Like the fixed roof version, the 2018 convertible will benefit from new magnetic dampers, the availability of a digital instrument screen, and a new 10-speed automatic also available on the F-150, co-developed with GM.

The V6 model has been deleted for the 2018 model year, while the 2.3 EcoBoost and 5.0 Coyote V8 have undergone revisions; the latter receiving direct and port fuel injection to boost efficiency, but no power or torque figures have been released as yet.

In Australia, the Mustang convertible is only available with automatic transmission, and this is likely to continue with the facelifted verison.

Ford Australia is understood to be working on getting the upgraded pony car here towards the end of this year. 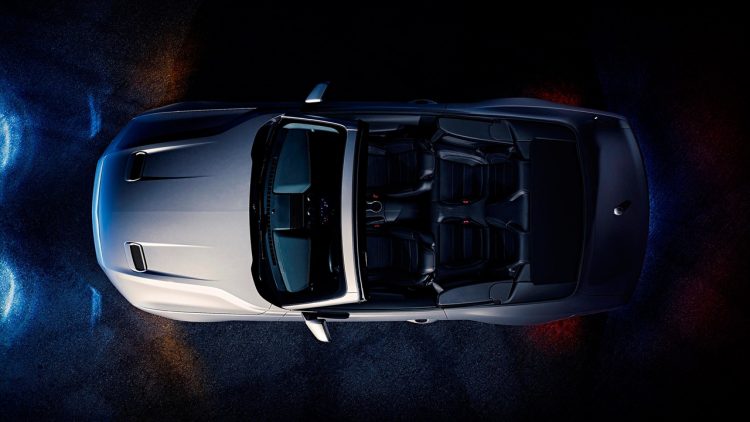