After just eight hours behind the wheel, the owner of this new 2012 Ford Mustang GT, California Special, has managed to literally wrap the muscle car around a tree. 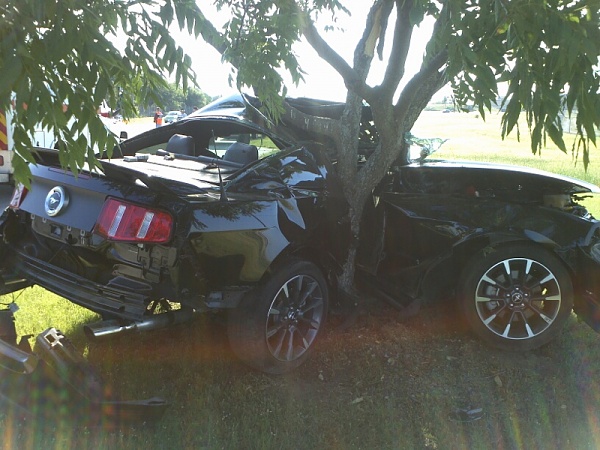 Fortunately, the driver’s door is not the worst off in this incident, and there was no passenger on board at the time. The driver has apparently escaped with minor bruises and scraps.

According to TheMustangSource forum, where these images first appeared, the owner had just bought the ‘Stang from the dealer, and was going around a bend at around 130km/h with the traction control switched off just before the crash. 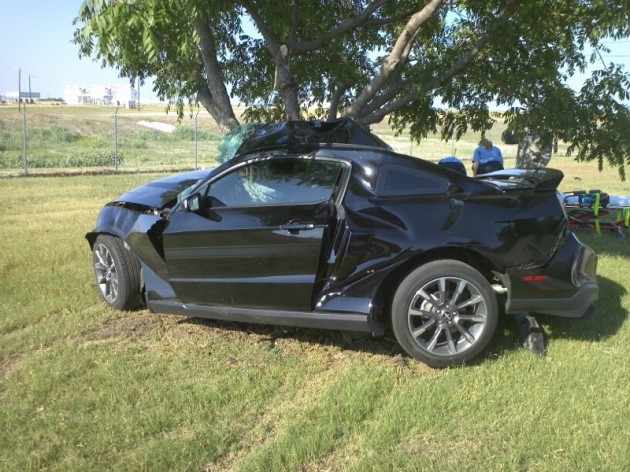 The Mustang then spun off the road, sliding on grass before slamming side-on into a small tree. As you can see by the images, the damage to the car is extensive. With a completely bent chassis, and twisted panels all over, it’s a sure write-off.

The Mustang GT features a 5.0-litre V8 engine producing 307kW of power. As you can imagine, switching the traction control off could result in lots of tail-happy slides and wheelspin.

Understanding the chassis and grip levels on a track would obviously be the best thing to do before attempting to give it the beans on the road. It’s just a shame the owner only got eight hours of driving in his/her new ride before everything went pear shaped.