A BMW patent application has been found outlining an interesting seven-speed manual design. The German carmaker could be thinking of introducing such a design on its upcoming models. 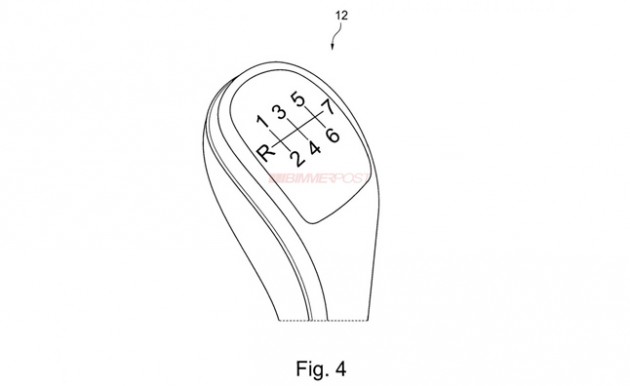 Porsche currently offers a seven-speed manual in the new 991 Porsche 911. It’s added mainly for economical highway cruising purposes. According to the latest applications reportedly found, BMW is thinking of taking the idea a bit further.

One of the problems that is presented when dealing with many gears, is the issue that the gear lever gates become overwhelming, resulting in the increased chance of mis-shifting. If this patent image is anything to go by, first picked up by Bimmerpost, BMW is set to place seventh gear over on the side.

Not only that, the applications outline the use of a special multi-viscosity transmission fluid paired with a electronic device. Both aim to restrict the driver from accidentally selecting the wrong gear.

With more options on the lever, it’s a fine line between offering many gears, while keeping the gates tight and sporty. This type of layout looks as though it could reduce the chances of mis-shifting. We’re not sure how natural selecting seventh would feel over on the side.

If BMW does end up producing seven-speed manuals, expect to see increased fuel economy and perhaps improved acceleration. We’ll keep you updated with official details in any case.