Images of the upcoming 2013 Mercedes-Benz SL-Class have been leaked online, providing a full glimpse of the new model. The car features the company’s latest design philosophy, and will be officially unveiled at the 2012 North American International Auto Show in Detroit next month. 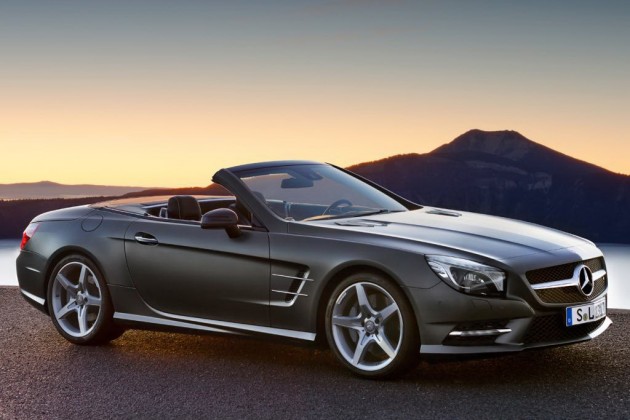 It almost looks like the old, mid-1990s SL500, proportion-wise, only much more rounded obviously. At the front there’s a traditional slab-like flat bonnet, while the headlights are now bigger and squarer, like a modern interpretation of the classic.

Of course, a 2013 Mercedes-Benz SL AMG monster will also be on its way in the future. It’s almost too early to even speculate what it will be powered by. By the time it’s launched – no sooner than 2013 – AMG may have got hold of the new Mercedes-Benz 5.5-litre twin-turbo V8.

Since the current model SL 65 AMG produces 450kW from its twin-turbo V12, it’s likely the new model will be somewhere around the that mark, only using a more fuel-efficient package.

The 2013 Mercedes-Benz SL-Class is built on a new aluminium construction which has shaved up to 140kg off the current model’s weight. At the same time, Mercedes-Benz says the new SL 20 per cent more rigid than the current model, thanks to elements of the chassis called ‘hydroformed beams’ and ‘chilled cast longitudinal members’. 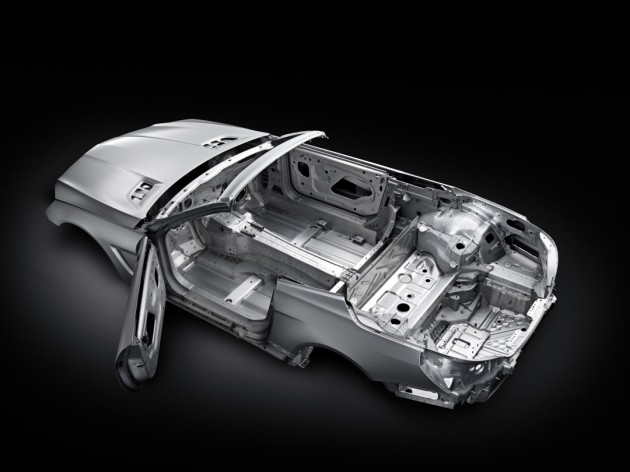 As for the features, we can expect the full spectrum of Mercedes-Benz technologies to be available in the upcoming SL-Class, similar to those found in the S-Class sedan. Features that have been confirmed include some interesting touches which improve the overall top-down driving experience.

There’s the Magic Vision Control system, which eliminates the chance of windscreen washer overspray entering the cabin when the roof is down, and a new stereo system with subwoofers in the footwells to improve sound quality.

Full details will be revealed at the SL’s official debut, taking place in Detroit from January 9. Stay tuned for plenty more details, and coverage on the show. 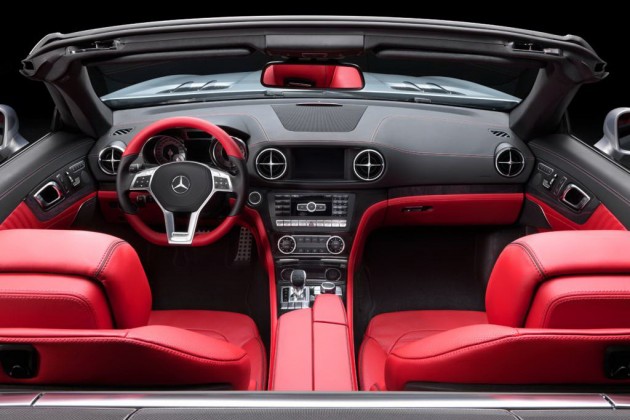 UPDATE: Mercedes-Benz has officially released details of the new 2013 Mercedes-Benz SL-Class, following these leaked images. Mercedes-Benz Australia has also confirmed the new model will go on sale Down Under just after mid-2012.

Mercedes-Benz says the new SL550 has shed around 125kg from its weight, with thanks to the various weight-saving measures such as a new magnesium-framed folding roof, and the aluminium construction mentioned above.