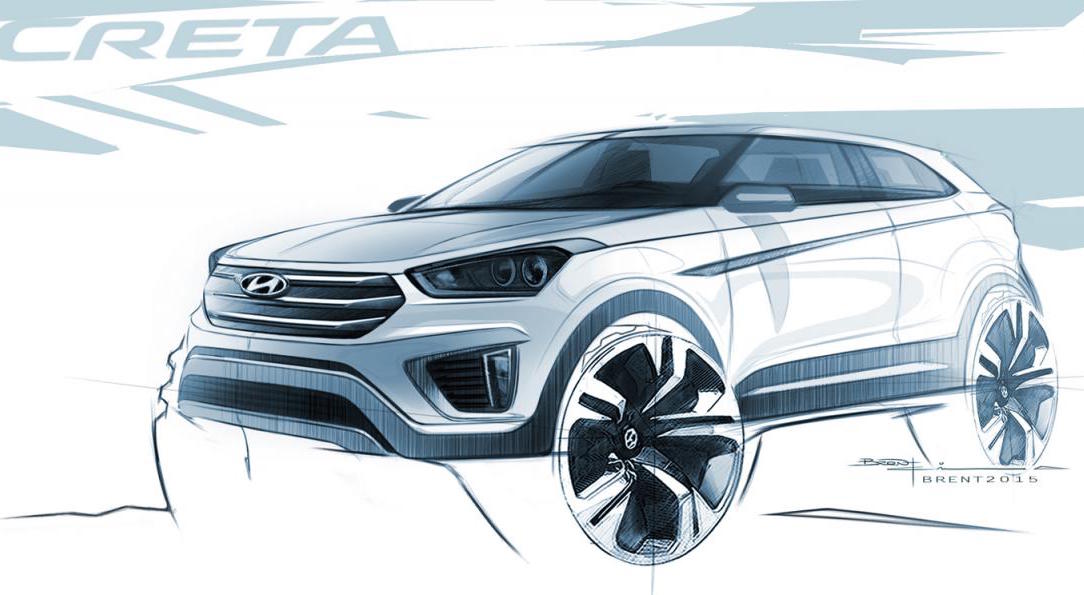 Hyundai’s Indian arm has released the first sketches of an exciting new mini SUV for the company, called the Creta. 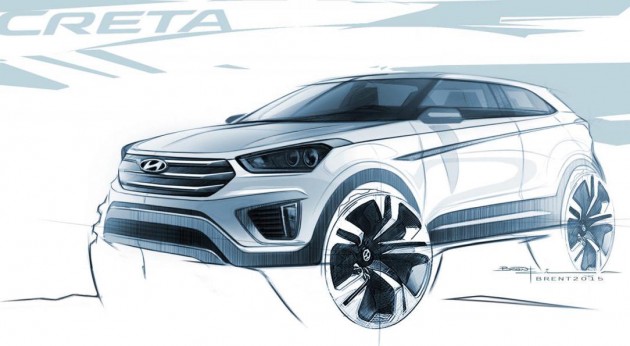 The Creta is set to be released in the Indian market first of all, with global markets expected to receive the model shortly after. The compact crossover’s powertrain remains unknown at this point, but expect a variety of small capacity naturally aspirated petrol and turbo-diesel engines to be taken from current showroom models, including the i20.

The design language employed for the Creta is based on Hyundai’s ‘Fluidic Sculpture 2.0’, or FS2.0 for short, and according to the manufacturer, it is “Hyundai Motor’s evolved design philosophy. Harmony between a bold front, voluminous side, sporty rear and other details complete the premium SUV’s design”.

Inside the cabin it looks like there are many design aesthetics borrowed from the i20, as well as a two-tone finish across the dashboard, a three-spoke steering wheel, and extra luxuries like dual-zone climate control – a welcomed addition in the Indian climate.

Judging by the rate that Asian consumers have flocked to compact crossovers, the Creta may very well take the country and indeed continent by storm when it hits the market later this year. 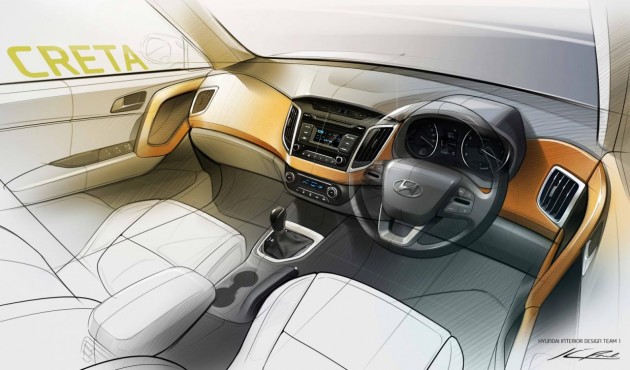