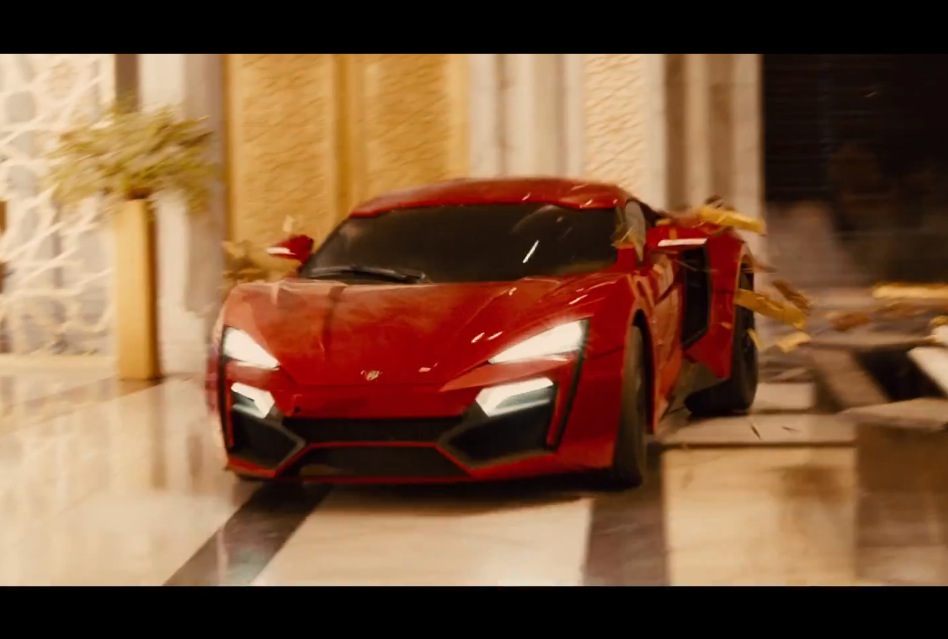 In what could be one of the most effective marketing strategies of all-time, a Lebanese supercar manufacturer that makes the Lykan Hypersport has secured a feature in the upcoming Furious 7 trailer, airing during the Super Bowl XLIX. 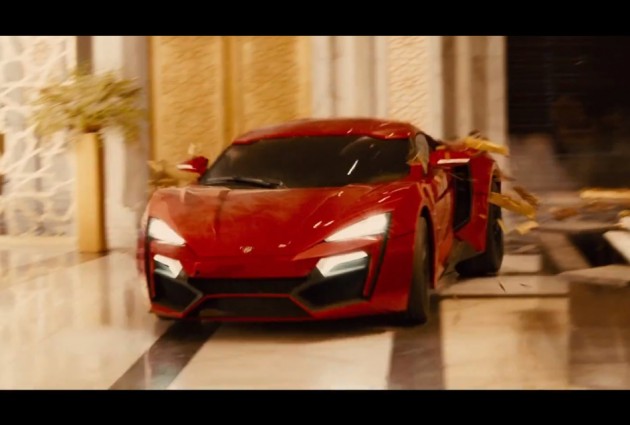 The trailer showed the usual mix of stunning visuals, over-the-top stunts and non-stop action that the franchise has played off for over a decade now. On a more poignant note, number 7 will include Paul Walker’s character in the story. Interestingly however, one of the cars featured is a far cry from the established variety of exotics the films have used in the past.

The Lykan Hypersport, made by Lebanese manufacturer, W Motors, can be seen piloted by Vin Diesel’s character, flying through the air (literally) and through a skyscraper (literally). The Lykan Hypersport was originally unveiled in 2013, powered by a 566kW twin-turbo flat six engine developed by those madmen over at RUF.

It can cover the 0-100km/h sprint in 2.8 seconds, and continue onto a top speed of 395km/h. What separates the Lykan Hypersport from most other super and hypercars, is the way W Motors has added several touches of luxury to the car. Its LED headlights are coated with diamonds, the stitching on the leather seats is made of gold, and each of the seven future owners will also receive a special edition Cyrus Klepcys watch worth more than $200,000.

Furious 7 is due to hit cinemas early April, and will feature Paul Walker’s character, Brian O’Conner. Walker shot some of his scenes before sadly passing away in a fiery Porsche Carrera GT crash. The remainders of scenes are made up of shots taken from his brothers, Cody and Caleb, and also computer generated images.