Lumma Design has revealed some preview details of its new CLR 6 M project based on the 2013 BMW M6 Coupe. The kit include extensive body and aero modifications to enhance looks and handling. 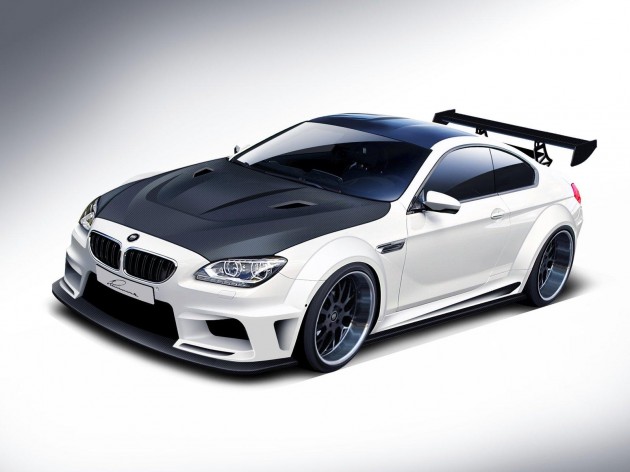 Looking like a chunky race car, the Lumma Design CLR 6 M features a full widebody bodykit including pumped wheel arches front and rear, and many carbon fibre highlights. The vented bonnet is carbon fibre, as are the huge rear wing and the very aggressive rear diffuser.

The styling is topped off with 21-inch two-piece alloy wheels measuring 10 inches in width on the front and a whopping 12.5 inches on the back. Official details are yet to be announced, however, these are likely to be supported by a complete lowered sports suspension system. 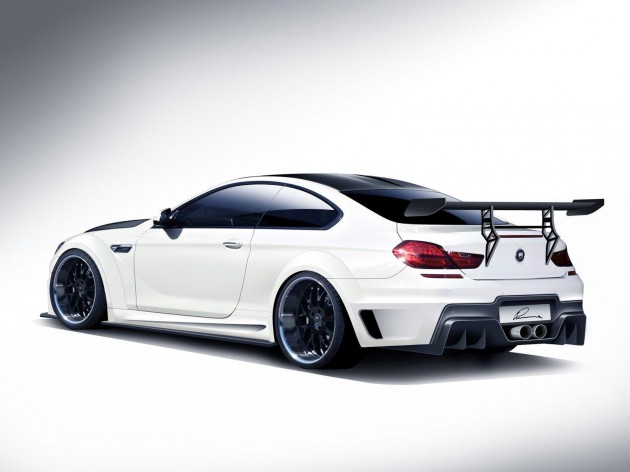 Lumma Design hasn’t revealed what it has done under the bonnet, if anything at this stage. The standard 4.4-litre twin-turbo V8 already produces 412kW of power and 680Nm of torque though, and certainly doesn’t need any further motivation to really shift the coupe. There is a centrally mounted twin exhaust system poking through the diffuser.

Inside is treated to a full bespoke trim, tailored to suit each customer. It can be filled with exquisite and fine quality materials such as leather, Alcantara, and carbon fibre, in a range of colours.

The full package is set to be revealed later this year. Lumma Design says deliveries are expected early in 2013.