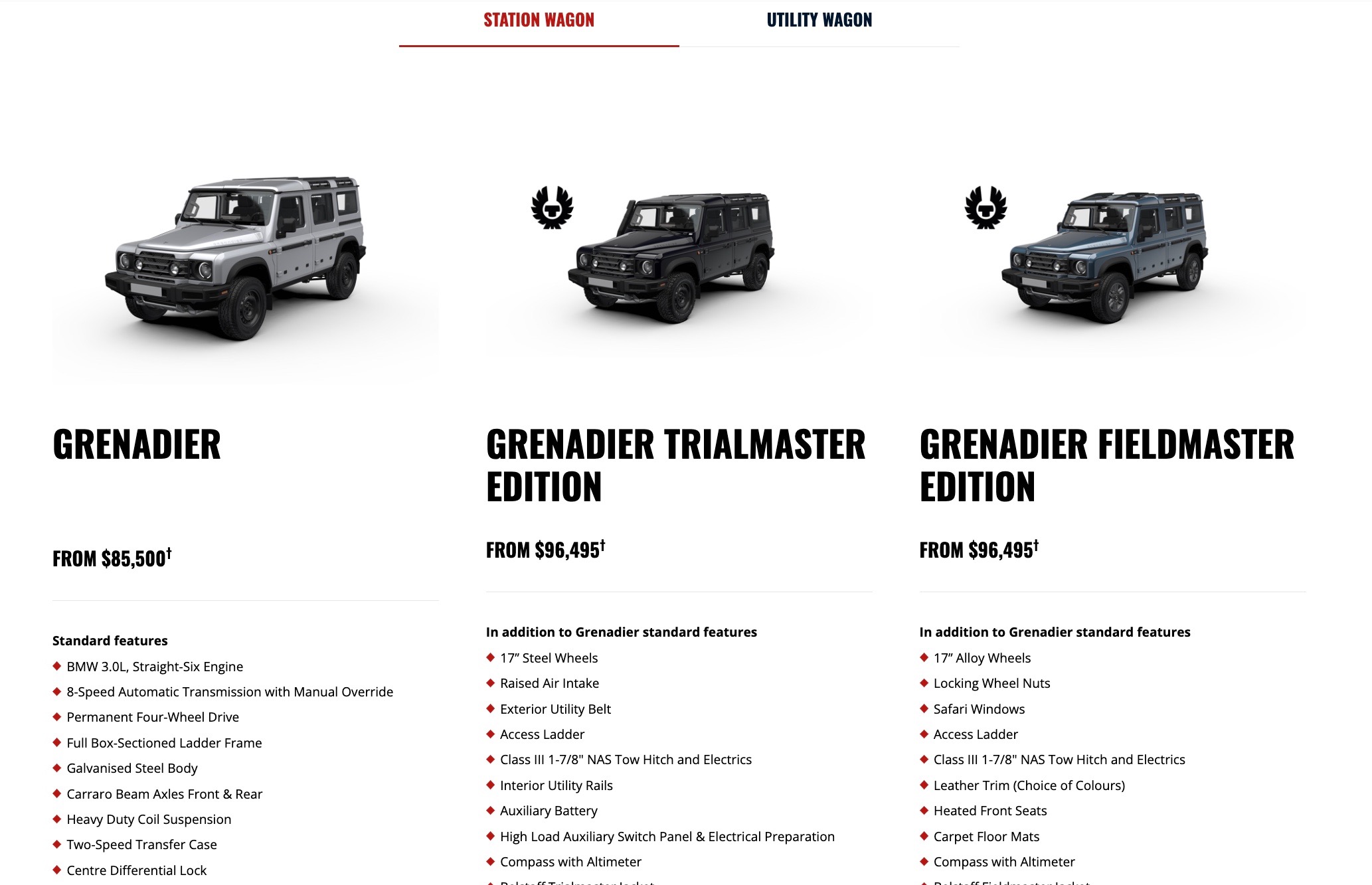 Australian prices and specifications for the interesting new Ineos Grenadier have been revealed. It enters the local market as one of the most hardcore off-road SUVs you can buy.

Clearly designed with inspiration from the old Land Rover Defender, three trim levels of the Grenadier are available in Australia. Including a five-seat wagon and two-seat utility configuration. There’s the base model, described as a blank canvas, no nonsense workhorse which is ready to be modified, as well as the Trailmaster Edition and Fieldmaster Edition.

All three are powered by a BMW 3.0-litre turbo inline-six in diesel or petrol form, matched to an eight-speed automatic. They all feature permanent four-wheel drive and come with a two-speed transfer case with a centre diff lock. Underneath is a box-sectioned ladder frame chassis with a galvanised steel body, strung by heavy duty coil suspension. 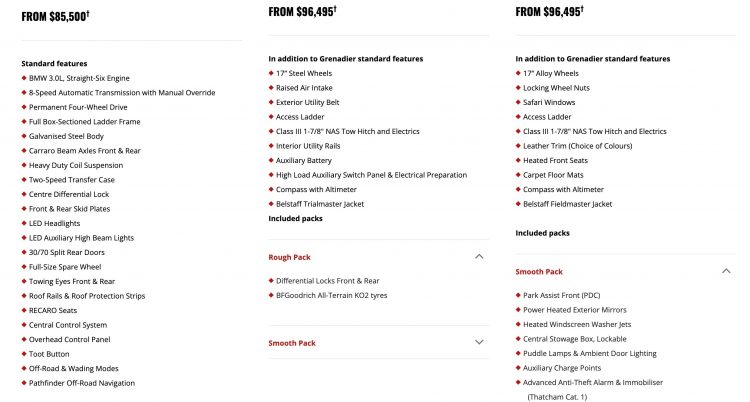 Full engine specifications are yet to be confirmed, while preliminary fuel consumption figures stand at 11.8L/100km for the diesel and 15.3L/100km for the petrol, according to the WLTP cycle. Final figures have not yet been officially announced.

Stepping up to the Trailmaster adds a raised intake, class 3 NAS tow hitch and electronics, an auxiliary battery, with an on-board compass and altimeter. Front and rear diff locks are available. The Fieldmaster then gets 17-inch alloy wheels (over steel), locking wheel nuts, leather trim and heated front seats, and Safari windows. 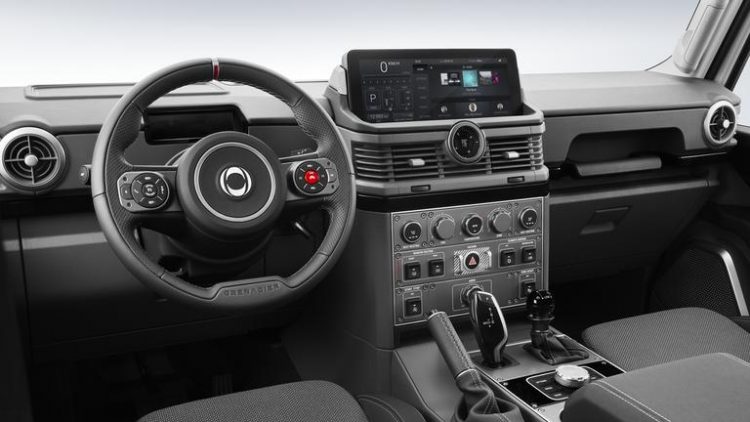 Interested buyers can place an order now with a fully refundable $5000 deposit. The company is aiming to launch around 185 service sites around the country, with services recommended every 12 months. Prices start from the following (excluding on-roads): 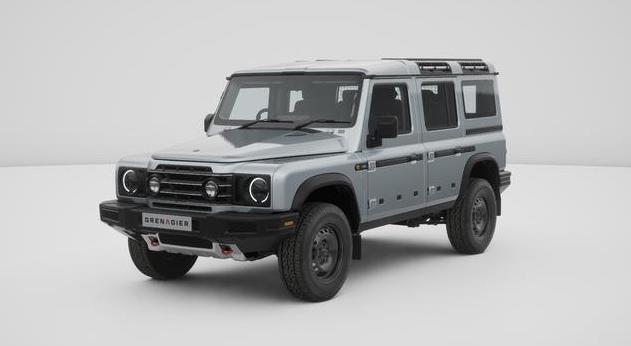