McLaren is about to expand its dealer network to the Asia Pacific regions, including Australia, and has released a nice little promotional video to mark the occasion. It features some history of the company, including early prototype footage of the MP4-12C, as well as celebrity appearances from Jenson Button, Lewis Hamilton and even Arnold Schwarzenegger. 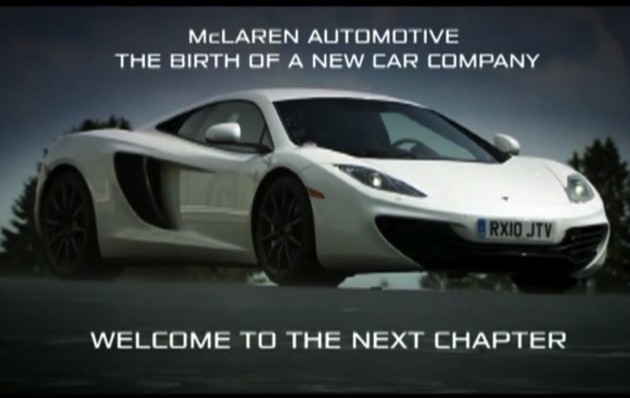 Australia is set to welcome its first-ever McLaren dealership later this year, under the Trivett group. The showroom will be located in Sydney.

Up to 25 buyers have already put their name down for the company’s one and only model, the McLaren MP4-12C. This is the supercar that is being pitched right up against the Ferrari 458 Italia, featuring a 3.8-litre twin-turbo engine offering 441kW of power and 601Nm of torque.

As previously reported, McLaren is looking to expand its showroom lineup, including the introduction of a Porsche 911 rival and a successor to the incredible McLaren F1 which will target the Lamborghini Aventador market.

Click play on the video below for an entertaining snapshot of the company.