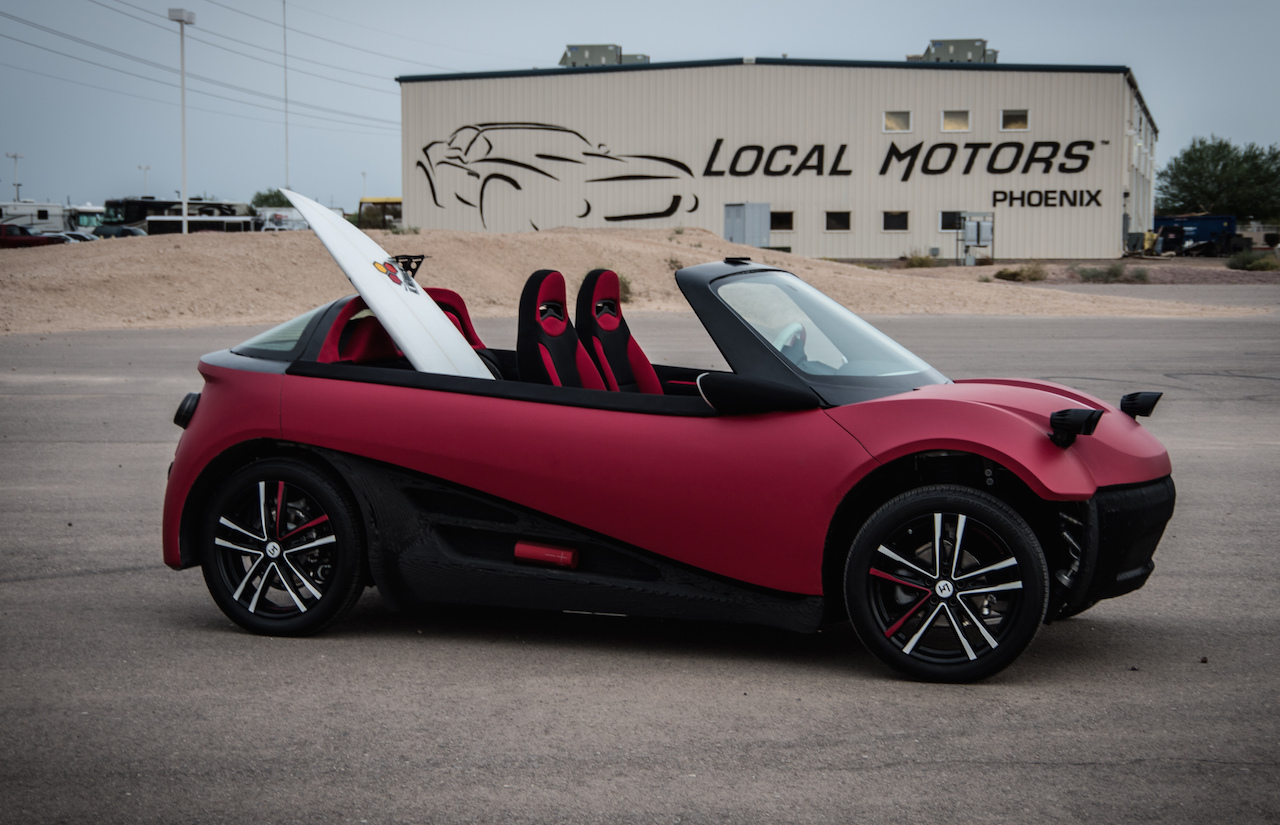 As part of its commitment to bring 3D-printed cars to the mass market, Local Motors today unveiled the LM3D Swim; a fully homologated production version of the Project Redacted competition-winning entry by Kevin Lo. 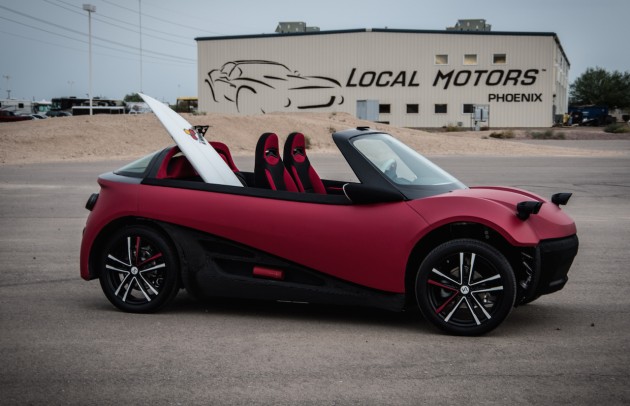 “We are using the power of DDM (direct digital manufacturing) to create new vehicles at a pace unparalleled in the auto industry, and we’re thrilled to begin taking orders on 3D-printed cars next year.”

Thanks to a combination of Siemens Solid Edge software and thermoplastic material provided by Saudi Basic Industries Corporation (SABIC), the LM3D Swim was able to transition from competition-winning rendering to a real-life vehicle.

Full-scale production is planned to kick off at one of the company’s microfactories in Knoxville next year, with a projected starting price of US$53,000. This is the first application of this disruptive technology in the automotive world and has the potential to be quite a disruptive force.

Local Motors’s vision for a 3D-printed car started to manifest with the Strati, a version of which was 3D-printed in just 44 hours last year. 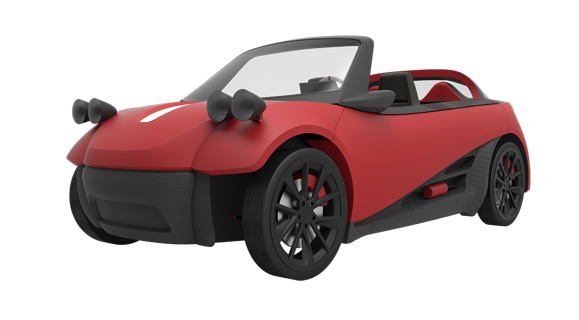