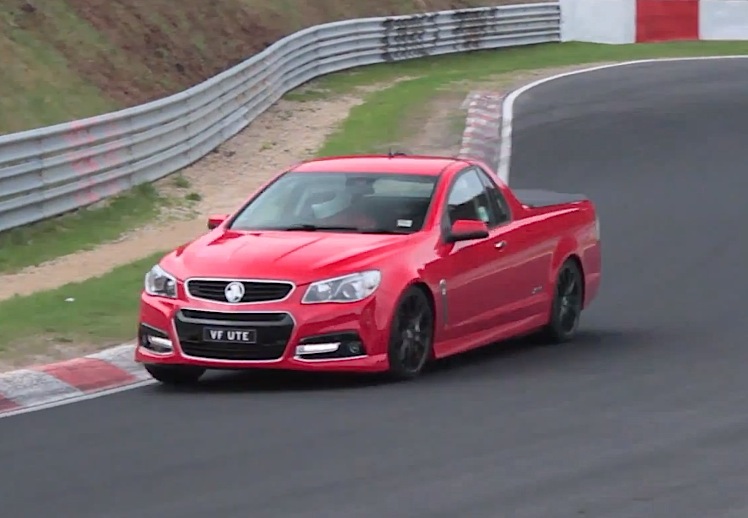 It seems General Motors recently had a bit of a field day at the Nurburgring in Germany. No less than three new V8 performance models from GM have just been spotted at the famous track, including a 2014 Holden VF Commodore SS Ute. 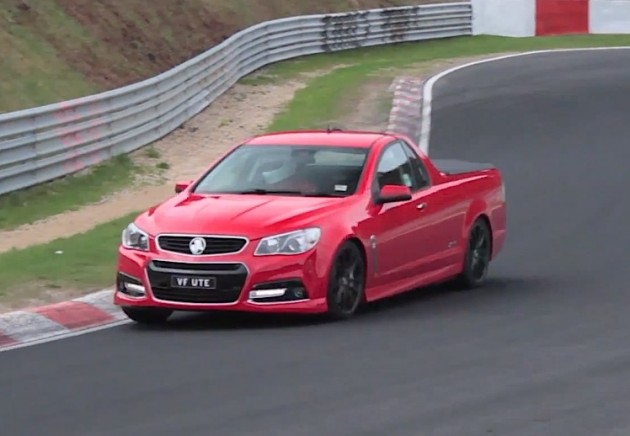 Although there are no immediate plans for the VF Commodore to go on sale in Europe, it’s believed the Ute was taken to the track simply for testing and tuning purposes.

The Nurburgring is the home for almost all car manufacturers when it comes to the research and development of driving dynamics. Many prominent, high-end companies even have a garage set up on location, in very closer proximity to the circuit for in-house tuning.

As you can see in the video below, originally uploaded onto YouTube by Nurburgring enthusiasts website BridgeToGantry, GM took a prototype 2014 Chevrolet Camaro Z28, a Camaro Z32, and a sparkling red VF Commodore SS Ute.

It’s cool to see the Aussie icon out on the internationally renowned proving ground. It’s a very rare sight too, as not many utes are seen touring the track.