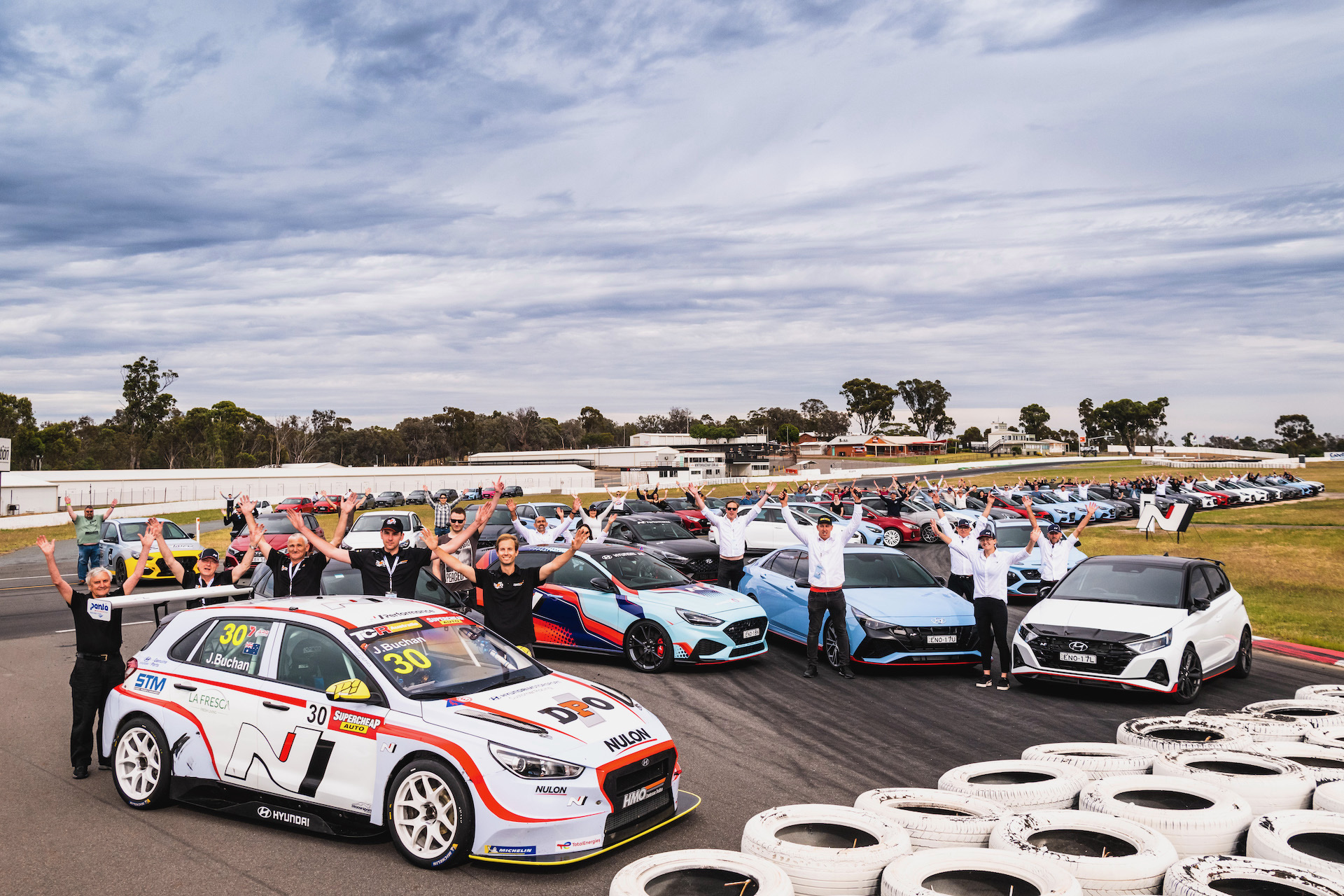 Hyundai N Australia held its third annual N Festival over the weekend, at Winton Raceway, cementing its position as the most attainable and facilitating performance car sub-brand in Australia. Well, in our opinion anyway. 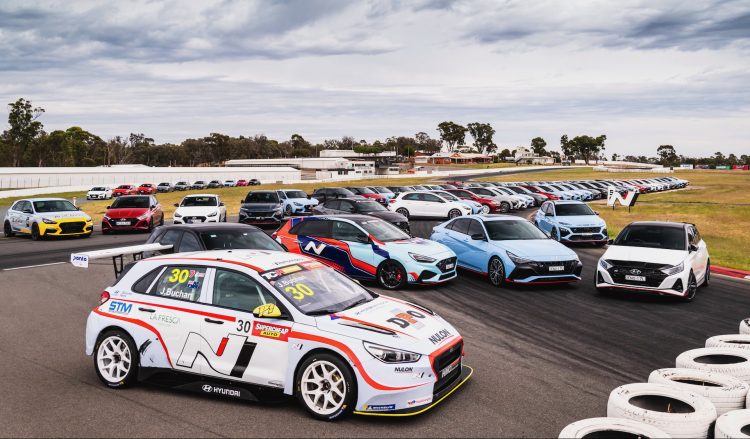 This is one of the greatest auto success stories of modern times in our opinion, especially from a car enthusiast point-of-view. Why? Let us explain. Hyundai N Festival started in 2019 as a track day for N owners, and now it is a weekend event full of N festivities. It includes a full day of track driving (flat out, if you like), as well as an evening out, and a driving tour on some spirited roads. Complete with a show bag full of goodies.

How much would you expect to pay for such an extravaganza? A few hundred dollars? Nope. It’s nothing. Well, there’s a $25 fee to secure your spot on the track, and you need a day licence (about $35) unless you already have a race licence. But that’s it.

Not only that, Hyundai will not record your VIN to later void your new car warranty. That’s because all new Hyundai vehicles are covered for track driving. As long as you are not entering an official competition, the standard warranty remains in place. Many other brands, including high-end ones that pride themselves on performance and motorsport, only offer track warranty for an additional fee. 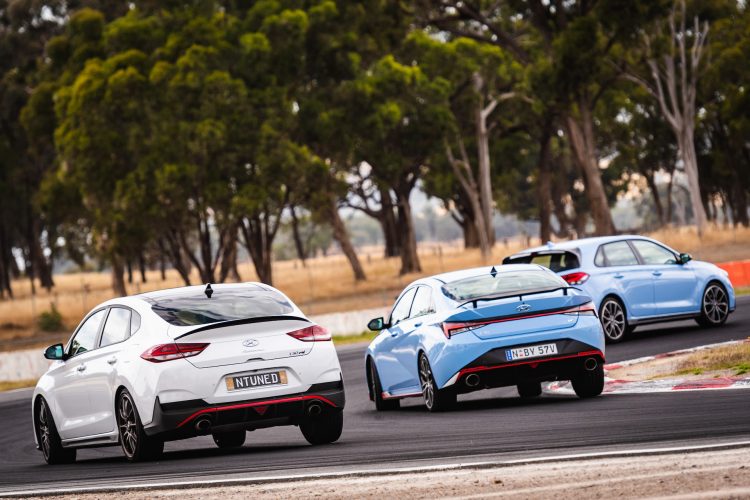 We went along to the N Festival this year, held at Winton Raceway in Victoria, to witness the fun and to have a taste of the ownership experience. Hyundai had the full range of N models available for media to test on the track as well. Again, we have never experienced such an open and available approach to track driving. Usually car brands, or at least their PR departments, are very against any sort of track driving. Not Hyundai. And we think that’s a real testament to the faith in engineering and reliability of their vehicles.

It all proved a success, too. We thrashed all models, and we mean properly pushed these things hard, probably way harder than any normal owner would care to treat their pride and joy. And not a hiccup. Even in 30-degree conditions. 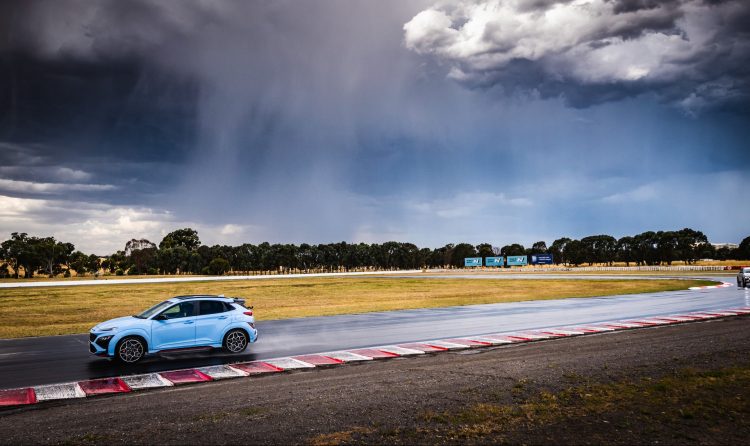 This year Hyundai Australia launched the new i30 N hatchback with a fresh eight-speed dual-clutch transmission option, giving automatic buyers their first opportunity to see what all the fuss is about. This was joined by the Kona N, which was first high-performance SUV in its class, and then the awesome little i20 N. Last week it also introduced the i30 Sedan N, or Elantra N as it is known in some markets. (We’ve included all our videos of these at the bottom of this story for you.)

More N models are on the way, too. The next model is likely to be based on the IONIQ 5 fully electric hatch/SUV. In April this year Hyundai executive vice president and head of customer experience, Tomas Schemera, essentially confirmed a performance version is in the works. After that? Who knows, maybe a Tucson N. There are more N Line variants on the way as well. 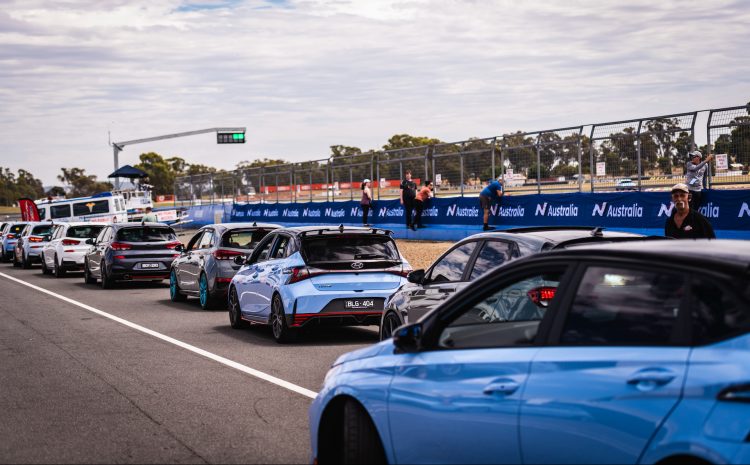 So far this year (through November, excluding December) Hyundai Australia says it has sold 1412 N vehicles. The sales share for N and N Line vehicles (combined) was 6 per cent in 2020, and then it jumped to 17 per cent in 2021. It says the target for 2022 is 25 per cent. Of those, 5 per cent for full N models and 20 per cent for N Line variants, against Hyundai’s regular models.

There are still 600 i20 Ns scheduled to arrive in 2021, 110 Kona Ns, and 150 units of the new sedan. November itself was also a record month for N model sales, surpassing 300 units for the first time ever in Australia, for a monthly effort. 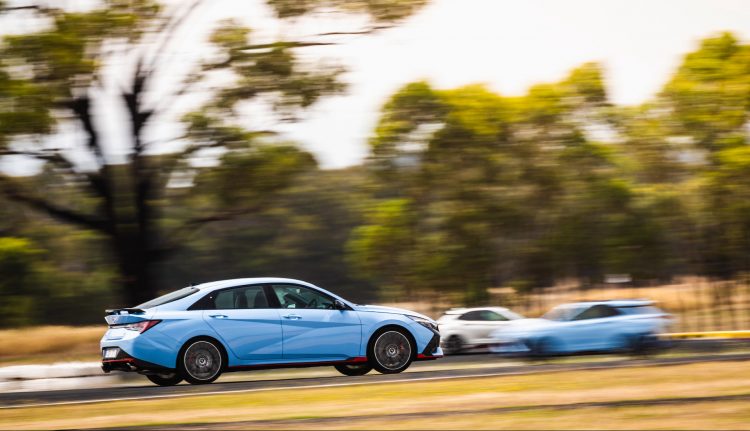 As you can probably guess, Australia is seen as a very important market, globally, for N products. It accounted for 5 per cent of all i30 N/Fastback N sales during 2017-2021. But, in 2019 alone that share rose to 10 per cent. Considering our smallish population, it is remarkable. For further reference Hyundai sales in Australia for the general showroom fleet only account for less than 2 per cent of global sales. We sure do love our sports cars.

Next year Hyundai Australia is looking to host the fourth N Festival at The Bend Motorsport Park in South Australia. Judging by the ever-increasing sales, we’d anticipate an even higher attendance than this year’s event, which attracted a whopping 130 N car participants. All we can say is, keep them coming, Hyundai. You’re definitely onto something.