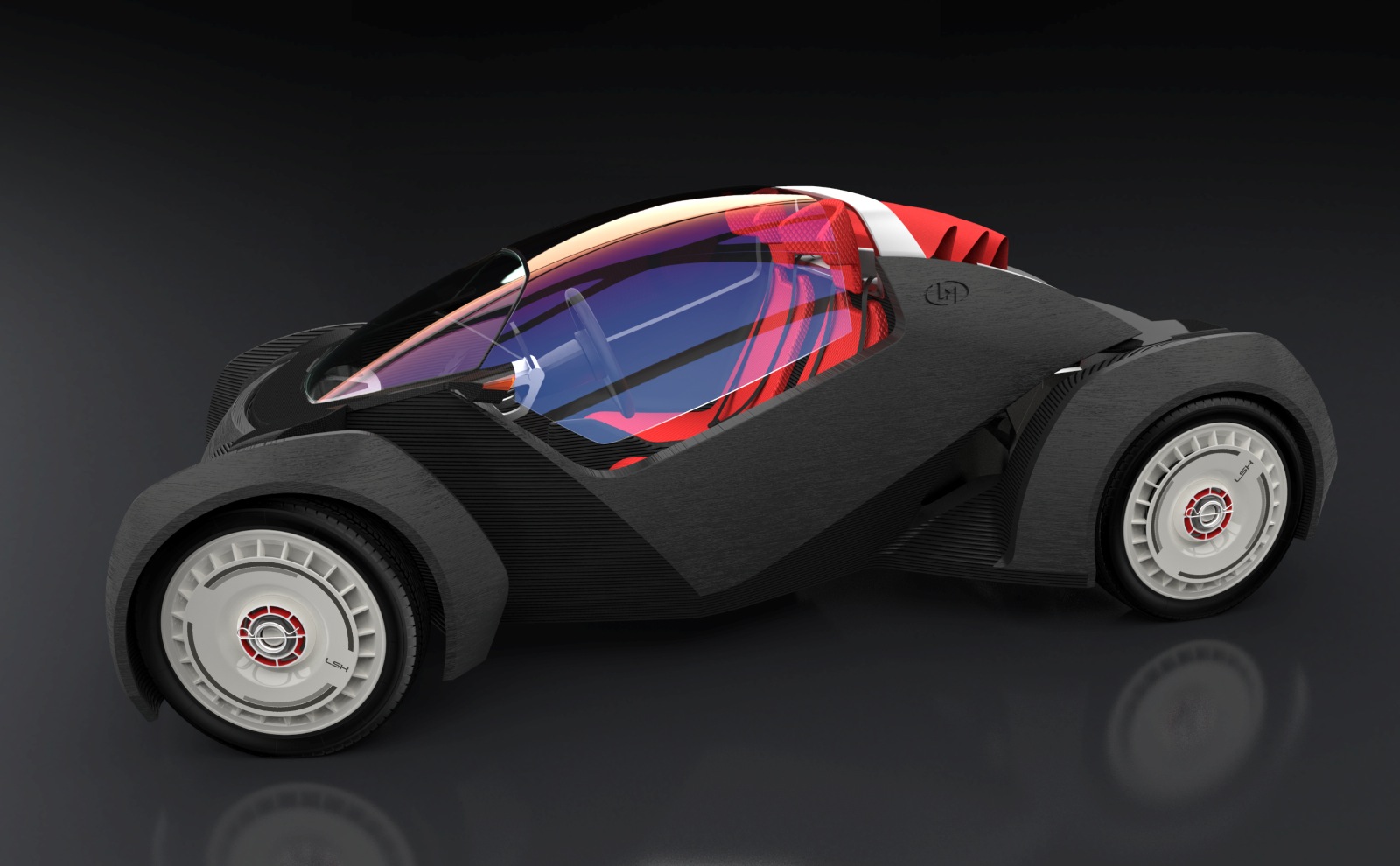 If the Beatles released their hit single ‘Drive My Car’ today instead of in 1965, the iconic chorus could be ‘Baby, you can print my car’. For that is exactly what US company Local Motors has done at the SEMA show in Las Vegas; 3D-printing the separate parts of its Strati EV and assembling them live in front of fascinated onlookers, who were invited to follow the process on special 3D-printed chairs. 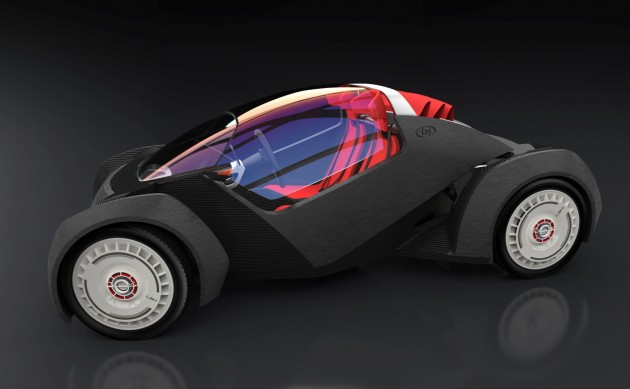 A huge 3D-printer needed 44 hours to meticulously turn several Renault Twizy segments into 212 layers of carbon-fibre reinforced plastic paste. Subsequently, some parts had to undergo a ten-hour milling procedure, during which the automobile’s rather coarse look was polished and smoothened. What followed was a rapid assembly of the printed bodywork, chassis, dashboard and additional non-printed units, such as seat covers and brakes. The world’s first 3D-printed electric car became an extraordinary jigsaw puzzle of 50 components – a dazzling number, compared to the roughly 20,000 ones of a regular car.

Moreover, Local Motors is said to publish the detailed printer files and manuals on its website, which will allow users print their dream design themselves. This should be very exciting news to the millions of people who have no idea what to do with their colossal yet slightly dusty 3D-printer. For the less fortunate, there is already a 1:10 scale document available online to make a miniature, desk-friendly model.

Those with more ambitious creative plans can always enter the ModMen Challenge, a contest that encourages participants to design their own Strati EV. The twelve winners can look forward to venting their personalisation skills on an exclusive 3D-printed car. At SEMA 2015, judges will rate all artworks and award the architect of the most spellbinding layout with the honorary title of ModMan.

To 3D or not to 3D. Local Motors would respond with a sounding ‘yes’. The company has announced that it aims to begin production of 3D-printed cars for road use in 2015. The estimated price range is US$18,000-$30,000. Take a look at the video below to see a quick time-lapse demo of the build process.