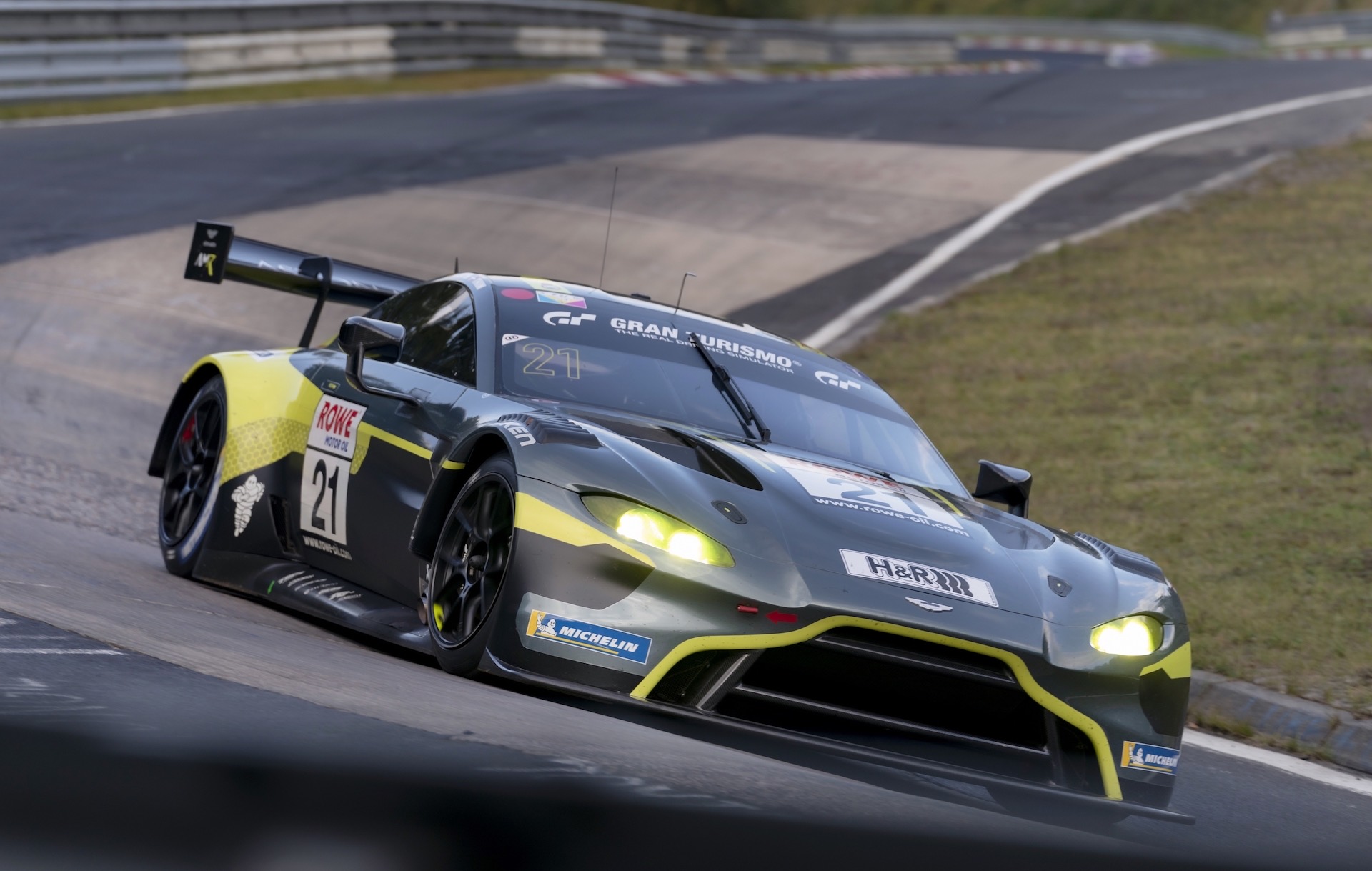 Aston Martin is celebrating its first-ever victory at the Nurburgring Langstrecken Series (NLS), becoming the first British manufacturer to take out line honours during the eighth round of the championship. 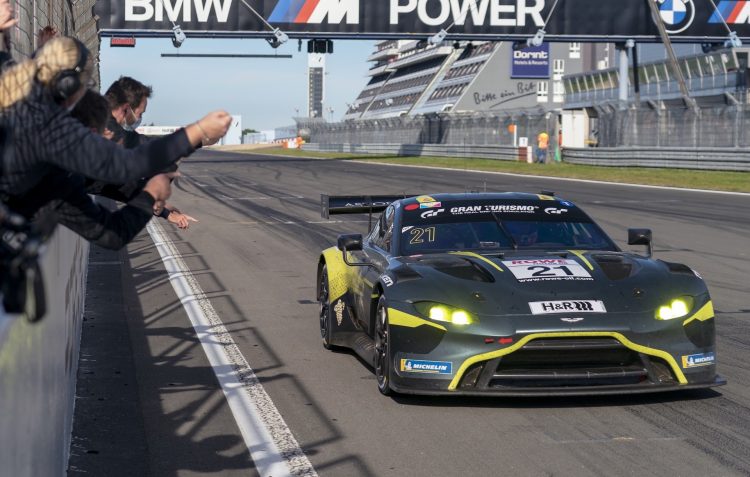 The victory is an extremely significant milestone for Aston Martin Racing, as the company is investing heavily into motorsports in recent years with major sponsorships in Formula 1, Le Mans GTE and GT3 racing.

Maxime Martin of Belgium and FIA GT World Champion, Nicki Thiim of Denmark, competing for the first time as a driving partnership took out the event behind the wheel of an Aston Martin Vantage GT3. They out-drove the likes of Porsche, Audi, Mercedes, Ferrari and BMW to give Aston its first-ever Nurburgring endurance title, three years after its arrival in the series. 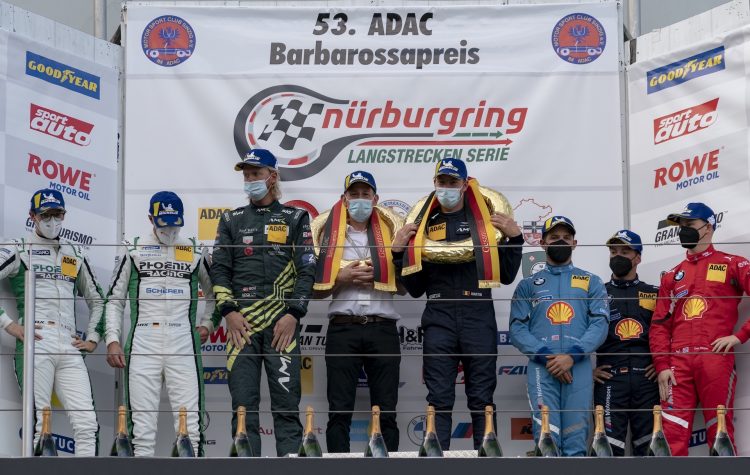 The pair took out first place with a 13.887-second lead over Vincent Kolb and Frank Stippler in a Phoenix Racing Audi R8 LMS GT3, with BMW’s junior team of Max Hesse, Dan Harper and Neil Verhagen rounding out the podium in their BMW M6 GT3.

To make things more impressive, the pair actually started the race from the middle of the pack after qualifying in eighth position, with their Vantage GT3 gaining two positions on the first lap. Clever racing strategy ultimately gave way to a first-place finish for the pair, with three long driving stints maintaining pressure on the rest of the pack. Maxime Martin said:

“It’s an awesome achievement for everyone to come here, with a ‘new’ car for the first time on the Nordschleife and win. It shows the high level of preparation and how well we have developed the car. It’s great for Aston Martin to win here amongst all the German manufactures. It’s not something that many brands have done.” 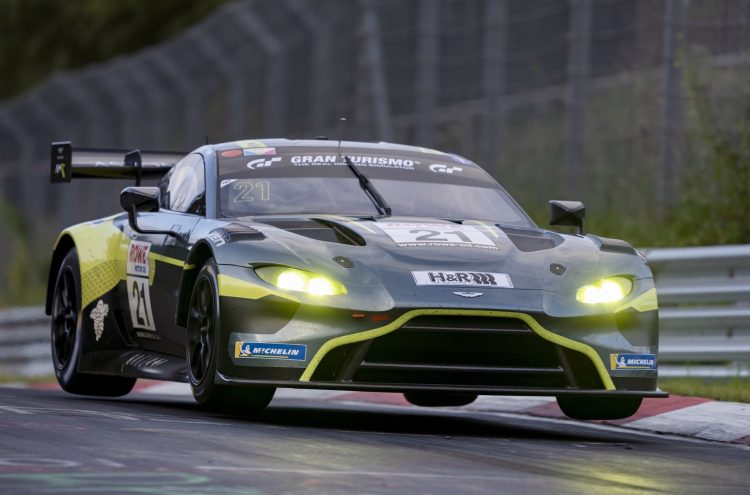 Aston Martin’s president of racing, David King, said the team’s goal from the outset was two-fold:

“To gather data to assist in the development of a car and to show potential partners and customers why Vantage deserves an NLS programme. I think we’ve done that emphatically. We’ve been wanting to win a race on this track for a very long time, so to claim a victory in this manner is deeply satisfying.”