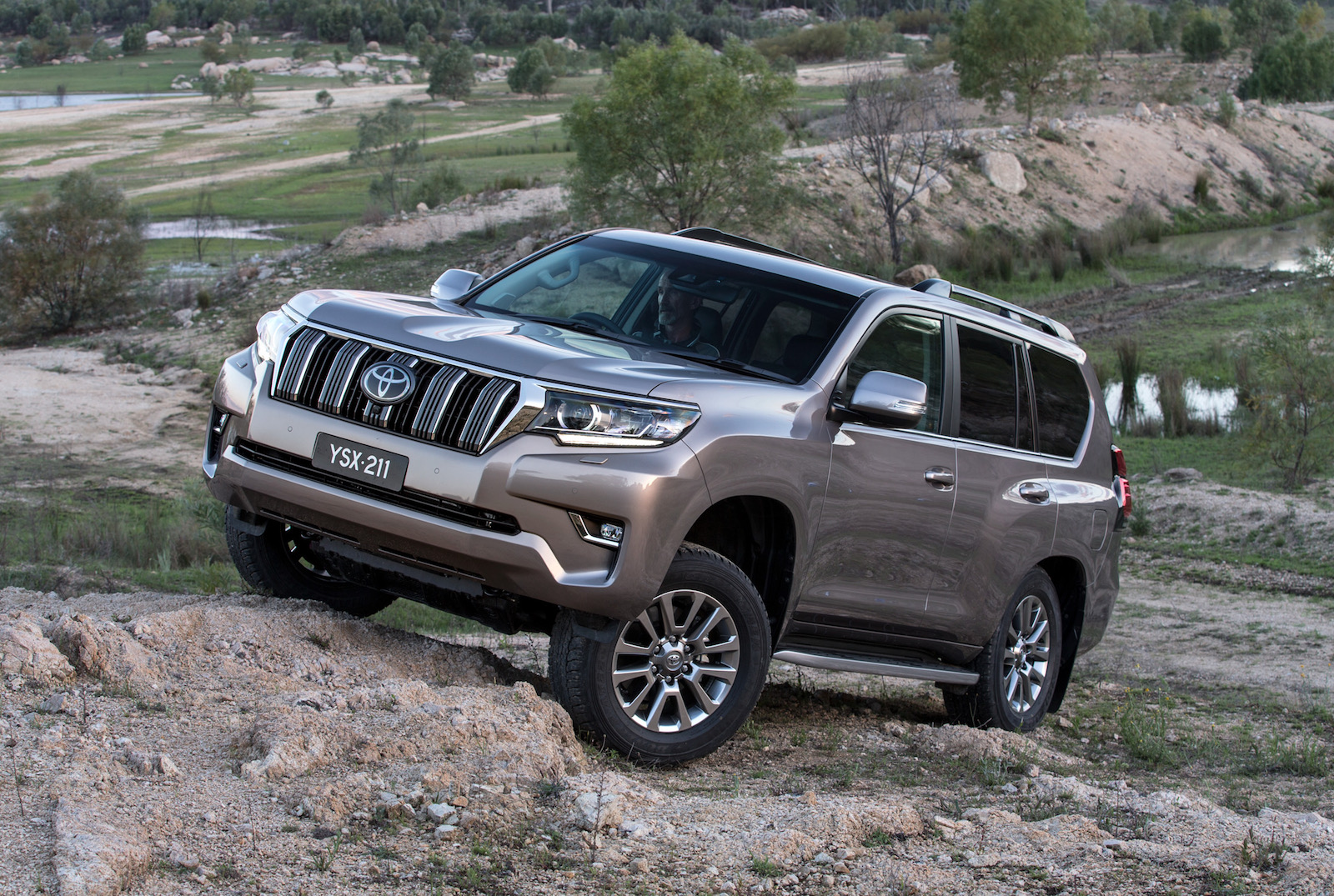 The 2018 Toyota LandCruiser Prado is now on sale in Australia, bringing an updated front end design, more technology, and some lower price points. 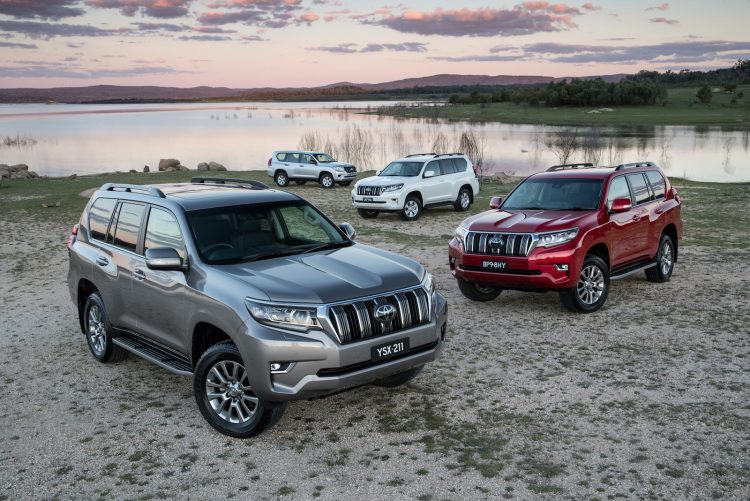 As revealed in September, the 2018 Prado gets a neat styling facelift with a new vertical grille, new headlights with LED daytime running lights, and a revised rear bumper bar and taillights, and smaller number plate section.

Four main variant grades are on offer in Australia, spanning from the GX, GXL, VX, to the top Kakadu. These are available in six-speed manual and auto guise, depending on the variant, and in five- and seven-seater configuration.

All automatic grades now feature an increased towing capacity of 500kg, to 3000kg, while a rear diff lock has been added to the GXL and VX. All continue to be powered by the 2.8-litre turbo-diesel four-cylinder that produces 130kW and 420Nm (450Nm in auto form) of the outgoing model. The V6 petrol has been discontinued due to low demand. 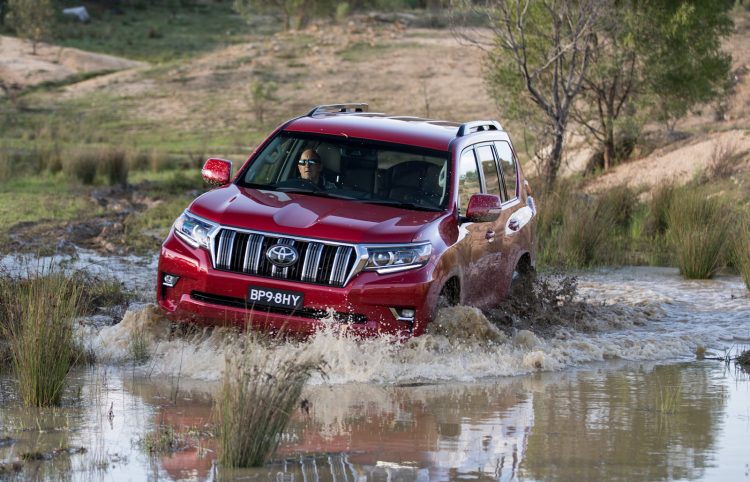 As standard, all auto models now come with autonomous emergency braking with pedestrian detection, active cruise control, lane departure warning, and auto high-beam headlights. Some of these features were reserved for the VX and Kakadu only.

Inside, all grades come with satellite navigation via a new touch-screen interface, with Toyota Link connectivity even on the base GX, with the GXL adding a colour instrument cluster display, and the VX getting a 360-degree view monitor for parking.

All variant grades have dropped in price, making the already-popular Prado an even more appealing family SUV package. So far this year (October VFACTS) the Prado has racked up 12,900 sales, making it the best-selling SUV in the class. Only the Toyota Kluger is able to get near, with 10,256 sales. See below for the new starting prices (excludes on-road costs):