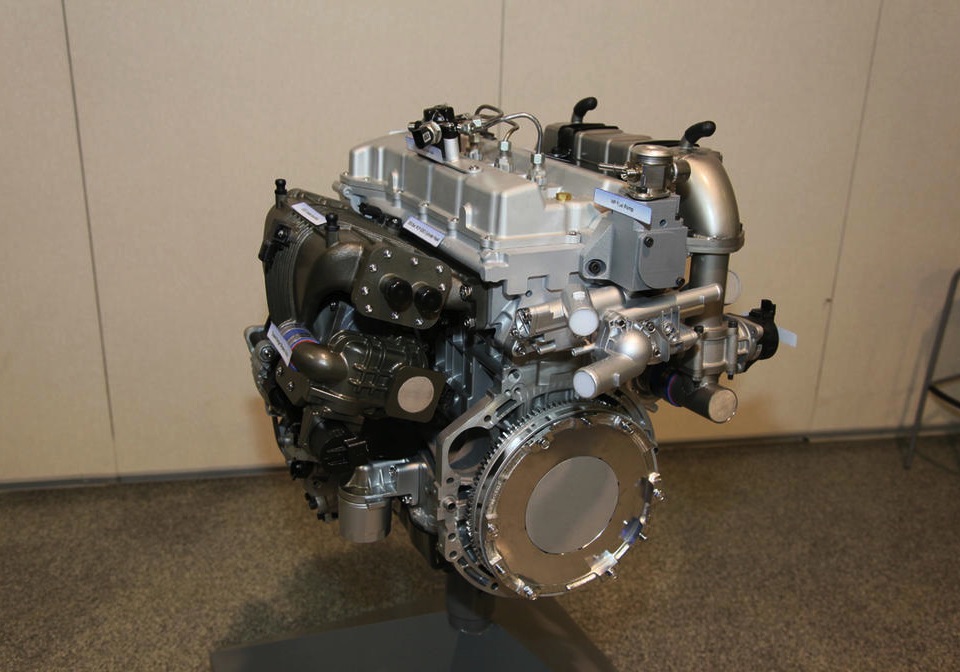 The clever minds at Hyundai have built the first petrol engine without spark plugs which could potentially run on either diesel or petrol. The ‘GDCI’ technology uses a form of compression-ignition usually seen in diesel engines. 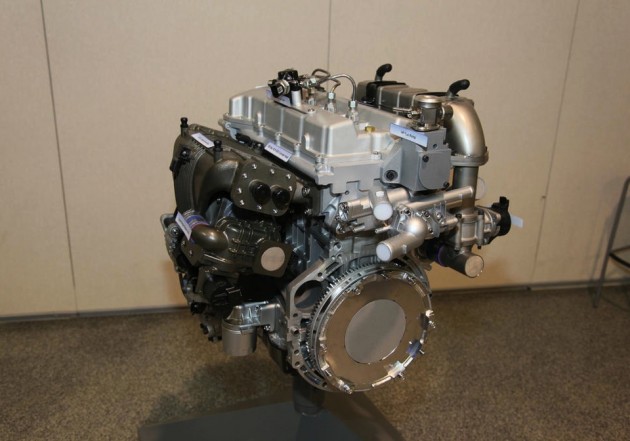 The first engine the boffins developed is a 1.8-litre four-cylinder based on the Theta engine family, using a Gasoline Direct Compression Injection (GDCI) system that runs on 87-octane petrol.

Engineers cranked compression up to 14.8:1 and installed a two-part induction system, with a supercharger for boost at low speeds and a turbocharger for top-end power. The engine doesn’t make much power, around 134kW, but it is apparently quite torquey.

The clever part is the camshaft, which features fast-acting electronic cam phasers and exhaust valves that open slightly during the intake strokes. This process helps suck hot gas back into the cylinder, and the resulting heat bump allows the compression ignition to work. It’s pretty much a cam inside a cam, and although it could be bad for emissions, Hyundai reckons the engine will only need standard catalytic converters.

If the engine makes production it could provide a 25 per cent fuel economy improvement over an equivalent petrol-only unit, according to Hyundai officials.

Hyundai will begin testing the engine in prototype Sonatas next year, and hopes the technology will be a game-changer for the industry. John Juriga, director of powertrain engineering at the Hyundai tech center near Detroit in the US, recently said,

“The technology is very promising, and we believe it will be a game-changer. We need to stop being the fast follower and be the leader. So we’re making changes in the way we think and do business.”

The technology has apparently been developed with large-scale production in mind. It will be interesting to see how the future pans out. If you can combine the power of a petrol engine with the fuel economy of a diesel, it certainly has us sold.