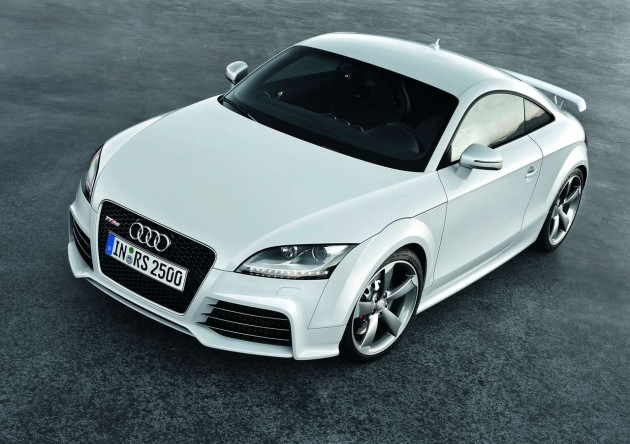 Audi has announced the car will be unveiled at the 2011 Australian International Motor Show in Melbourne this weekend. Although much of the car’s details are the same as the current Audi TT RS on sale, the DSG-equipped version promises to be even quicker.

The most important thing it ‘gets’ though, in our opinion, is improved acceleration. How does 0-100km/h in just 4.3 seconds sound? That’s a very fast time for this type of vehicle, it’s nudging on rear bumpers of half-a-million-dollar supercars. It’s also 0.3 seconds faster than the normal six-speed manual variant.

Even though we always prefer a proper manual gearbox in almost every circumstance, there’s no denying this TT RS Limited Edition is one quick bit of kit. Top speed is limited to 250km/h. Without the limiter though, we don’t see why the car couldn’t push on to 270km/h-plus.

The TT RS equipped with a DSG gearbox has been on sale in Europe for a while now, but this is the first chance Aussies have had to example the automatic version. The question is, why wasn’t the DSG always available? The DSG gearbox is one of Volkswagen/Audi’s most popular marketing tools.

What would you prefer though, manaul or auto?