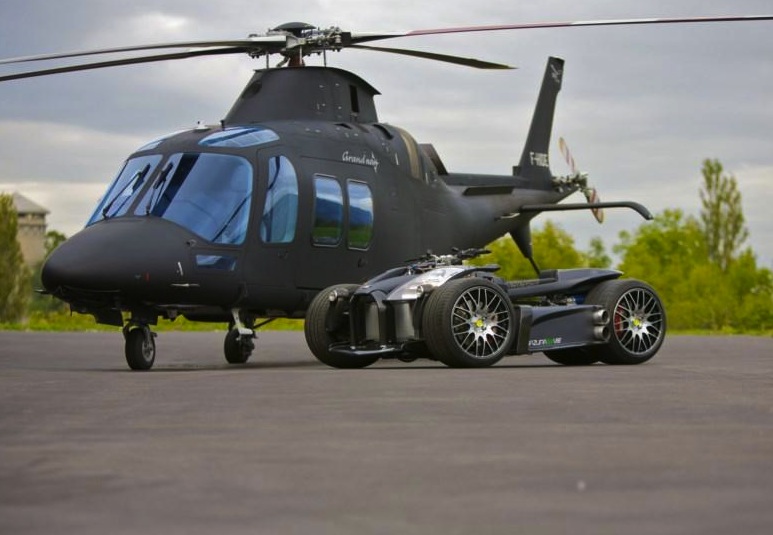 Here’s an interesting contraption. It’s called the Lazareth Wazuma V8F Matt Edition. And what it is essentially is a seat on top of a Ferrari V8 engine, with wheels. 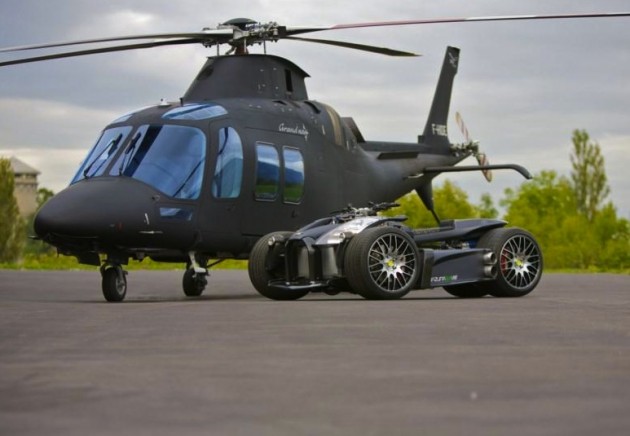 Designed as a kind of tricycle, the Wazuma uses a mishmash of automotive parts from various manufacturers, including Nissan 350Z headlights, and a BMW M3 six-speed sequential transmission.

We were going to say ‘under the bonnet…’, instead we’ll say that under the handle bars sits a 3.0-litre naturally aspirated V8 engine sourced from a Ferrari. It develops around 186kW. 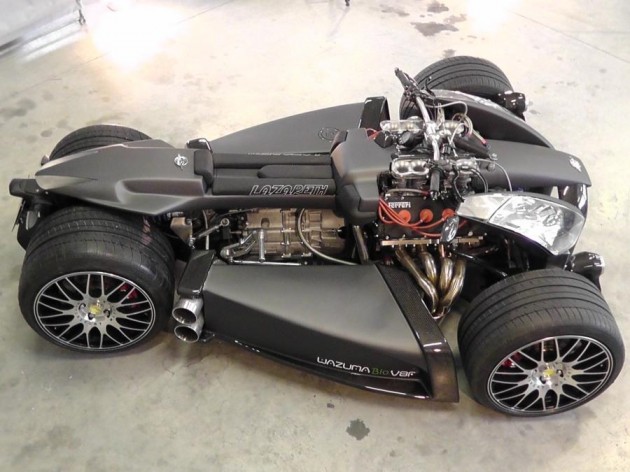 A V8 with 186kW might not seem like much to boast about, however, this engine-on-wheels isn’t burden with the weight of body panels, seats, or even windows. In all, it weighs just 650kg, giving it a power-to-weight ratio of 3.4kg:kW – similar to a Ferrari F40.

Other interesting features include a set of 18-inch Momo alloy wheels, huge 315/30 tyres, and a set of Brembo 324mm brakes.

The French company hasn’t mentioned any performance acceleration figures, probably because nobody has been brave enough to sit on it and test it out.

The trike/car has been made for exhibition purposes only and isn’t set to go into production any time soon. Talk about a wild ride.