Not to be confused with the racing sedans of the Australian V8 Supercars series, Lexus will showcase a special Lexus IS F V8 ‘supercar’ racer at the Brisbane International Tennis Tournament next month. 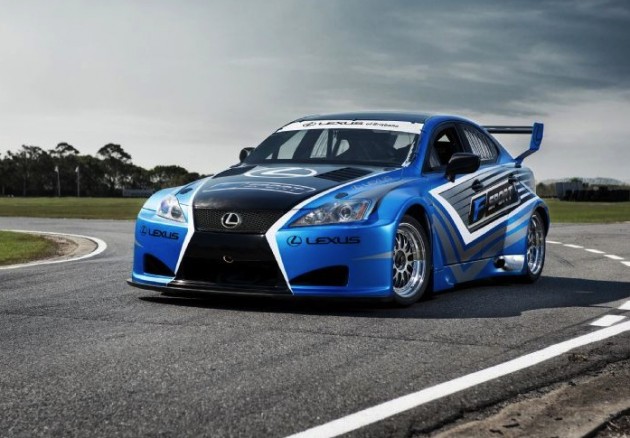 The car is owned by Lexus of Brisbane, a company that has bought three examples in fact. The cars are race-specified for the Superstars International Series in Italy, by Mauer Racing in Switzerland.

Under the bonnet features a 4.7-litre TRD V8 producing around 450kW of power – perfectly in line with the Australian V8 Supercars specifications. The engine is also seen in US motorsport in the Daytona prototype race cars. 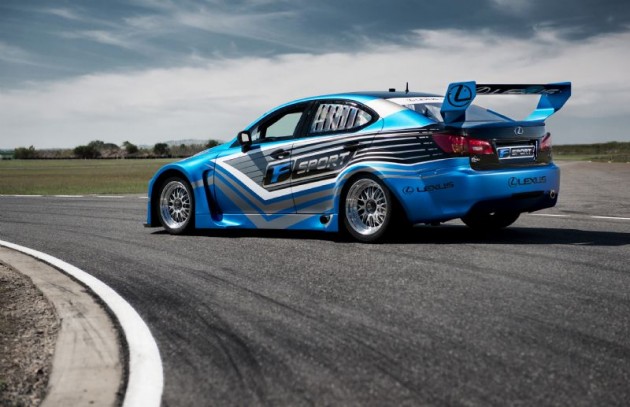 Apart from the standard IS F 5.0-litre V8 being swapped for something more serious, the racer also gets ZF Sachs dampers and H&R springs, a Motec engine computer, AP Racing clutch, and AP air jacks.

From an external point of view, the IS F also features some very obvious body modifications, including a custom widebody kit with heavily bolstered wheel arches, a huge rear wing, and a low and sharp front spoiler and air intake system.

So, you might be wondering, will these monsters ever be taken to the track for racing? Well, Lexus of Brisbane says it will use the cars for promotional purposes and various events, however, racing is being considered. Andrew Scifleet, Lexus of Brisbane dealer principal, recently said,

“Our intention is to use the vehicles for customer experience days and promotional events. We are also in discussion about potential racing use.”

Their main purpose will be to highlight the Lexus F Sport portfolio though. Peter Evans, Lexus corporate manager for marketing and communications, said,

“In conjunction with Lexus of Brisbane, we plan to showcase the IS F racers at numerous public events throughout 2013 to highlight our F Sport range.”

Wouldn’t it be great if Lexus entered the V8 Supercars with cars like this? It would provide even further diversity for the sport, which will welcome Nissan and Mercedes-Benz in the 2013 season.