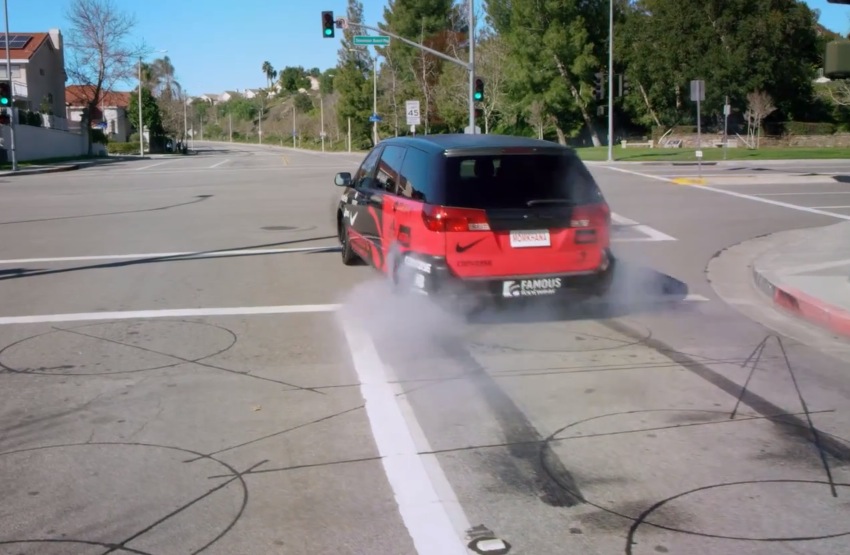 A funny video from Famous Footwear has hit the airwaves, taking a stab at Ken Block and his DC-Shoes-sponsored Gymkhana video series.

Instead of the usual Ford rally car, Famous Footwear is targeting families and has gone for a modified Toyota Sienna MPV. It’s fitted out with a Chevrolet LS3 V8 engine which produces around 410kW.

The ‘mom’ picks up the kids and takes them for a ride of their life to the shoe store. Along the way she performs a few handbrake turns and a bit of drifting action, as well as plenty of circle work. Take a look below.