As we know, Lamborghini is set to unveil a special new vehicle in May to help celebrate the company’s 50th anniversary. There’s now word it will be an Aventador ‘LP720-4’. 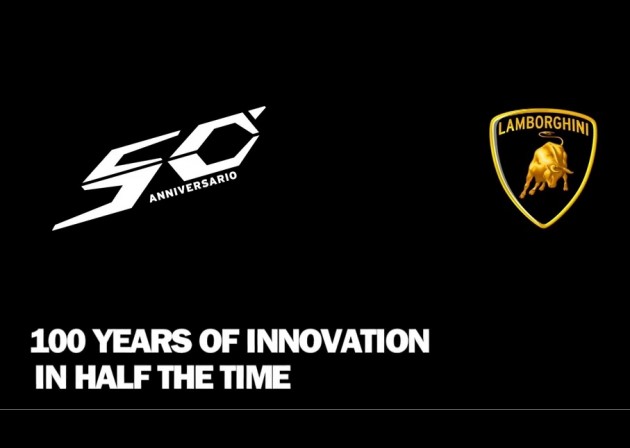 Keen enthusiasts of Lambo, and numbers, will see the main difference for such a model will be the ‘720’, referring to horsepower. The current Aventador produces 515kW, this version would produce 530kW.

Other highlights that are expected to appear on the special could include more carbon fibre, in the form of slightly restyled spoilers and so on, as well as a unique new paint job. Of course, nothing is official yet so we’ll have to wait and see.

Lamborghini has previously said that it will unveil a special edition this year though. The company has organised an epic ‘drive day’ which runs through the Italy. The tour will end at the company’s factory in Bologna, where the new car will be shown.

More details could be revealed at the upcoming 2013 Geneva Motor Show in March.

In the meantime, click play below to see Lamborghini’s latest teaser video.