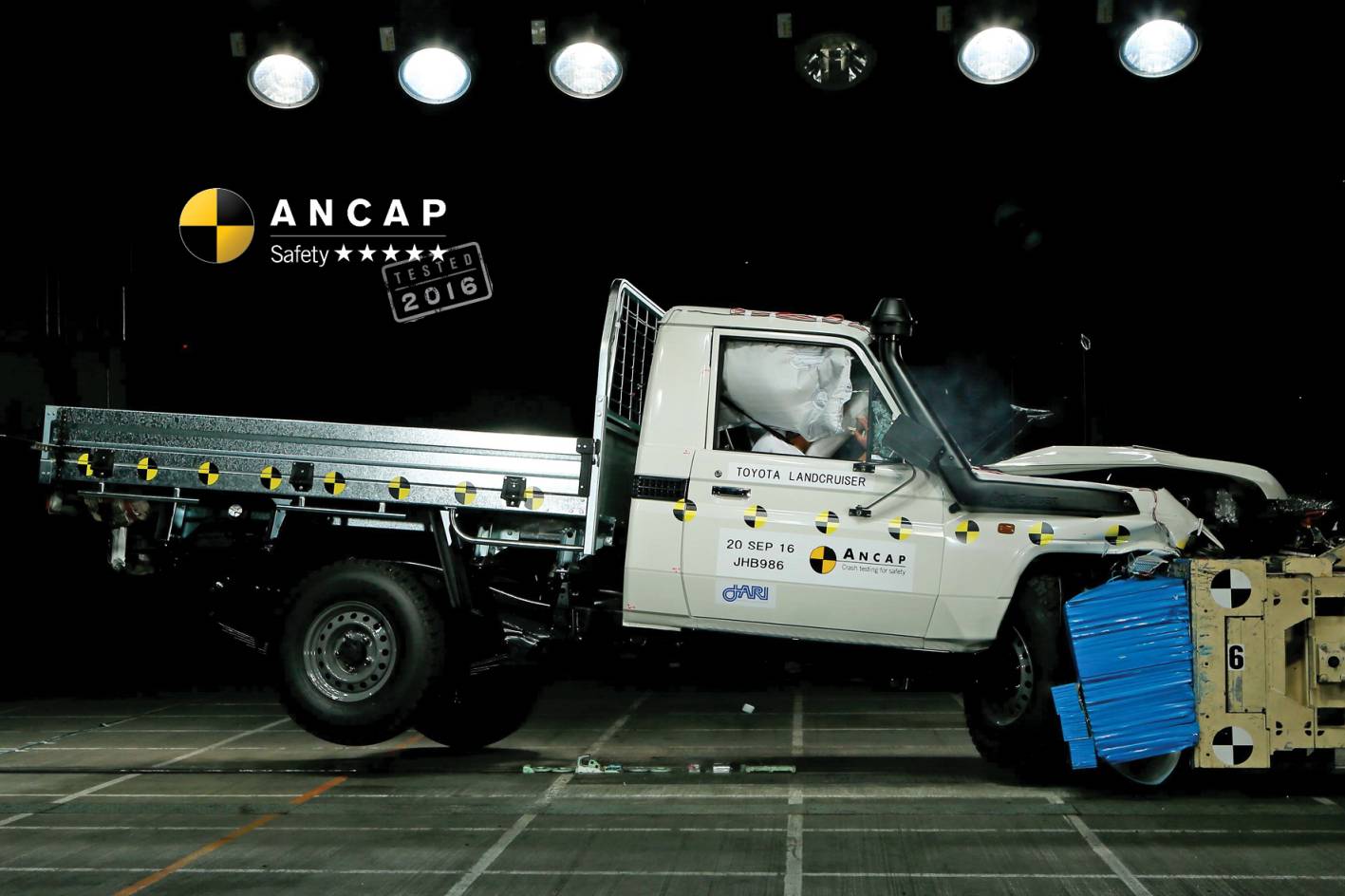 Revisions to the Toyota LAndCruiser 70 have helped it pass ANCAP’s stringent crash tests, recently allowing it to be stamped with the five-star seal of approval. 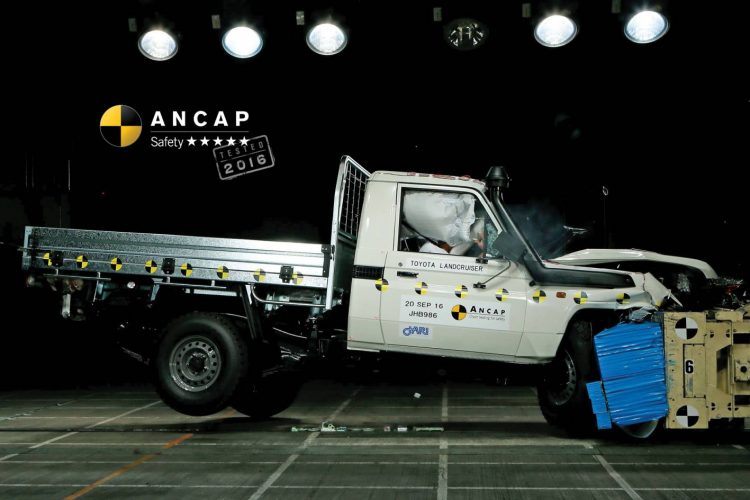 The Toyota LAndCruiser 70 is based on the LandCruiser from the 1980s. However, buyers continue to demand that it stays on the market. It’s known for its rock-solid reliability and no-nonsense all-terrain capability. As such, it is particularly popular among the mining industry and rural motorists.

Recent revisions, including structural improvements to the chassis and occupant cabin, as well as the addition of side curtain airbags, a driver’s knee airbag, seat belt pre-tensioners, and some changes to the bonnet and seats, helped it pass five-star credentials.

All in all it received an overall score of 35.75 out of 37, which is actually higher than some of the more modern single-cab utes; the Nissan Navara single cab scored 34.01, while the new Holden Colorado received a score of 34.89.

Toyota Australia will be launching the updated model very soon. The 2017 update, as previously reported, will also come with other changes such as new injectors and tweaked gearing for improved drive.

In related news, the new Toyota Prius was crash tested in the latest round of testing and it received a score of 36.22 out of 37. This easily earned it the full five-star rating.