A dramatic high-speed Lamborghini Gallardo crash has been captured on film. The crash occurred during a Lamborghini gathering and street cruise in Taiwan. 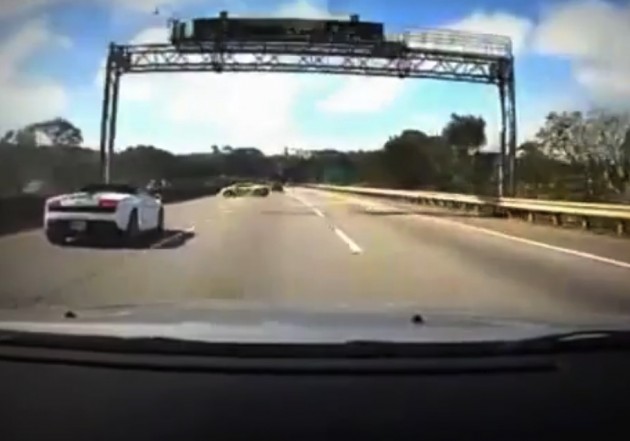 Looking a little like the scenes from computer game Need for Speed, these enthusiasts take it a bit too far on the public road and suffer the consequences. Luckily no major injuries were inflicted.

As you can see, a sheer disregard for the traffic and, obviously, the speed limit are the causes for the Lamborghini Gallardo crash. Two drivers racing side-by-side down a busy highway is not always going to end well. One of them loses control, sending itself spinning at speed. The Gallardo then bounces off the guard rails and comes to a stop.

If you’re going to race like this, why not just take it to a track. Surely if you’ve got the money for a Lamborghini you can afford some track time? What do you think?