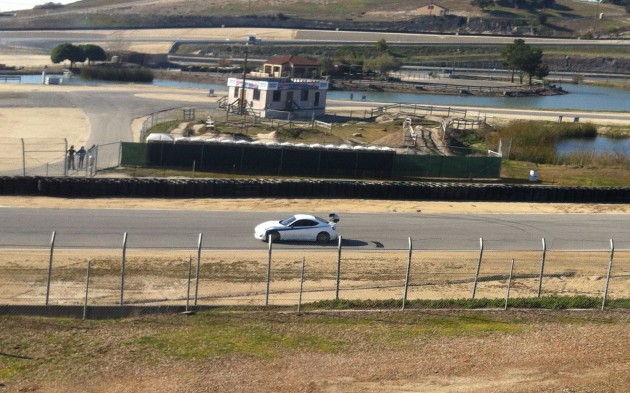 The Scion FR-S, and parent cars Toyota 86/Subaru BRZ, have been in the spotlight lately not only due to their recent unveiling, but also due to rumours and spottings of a tuned performance version that is said to be in the making.

According to Motor Trend in the US, who managed to capture the footage, this Scion FR-S turbo drift car is likely the new Scion drift team car for Formula Drift competition and not a production prototype. The huge rear wing also suggests this is not intended for street purposes.

Reports say Scion drifter Ken Gushi has been campaigning a new rear-drive Scion drift car for some time, and that he will be jumping into a Scion FR-S for the new season. Could this be that car?

Late last year a TRD Toyota GT 86 was spotted in a garage, with rumours saying that a supercharged version of the Subaru 2.0-litre boxer engine is on the way.

It’s very obvious that whatever this drifting prototype is, it is certainly turbocharged – as evident by the chirping wastegate at corner exit – as opposed to the potential upcoming supercharged version.

Click play below to check it out for yourself. (Don’t forget to hit the full screen button for a clearer view.)