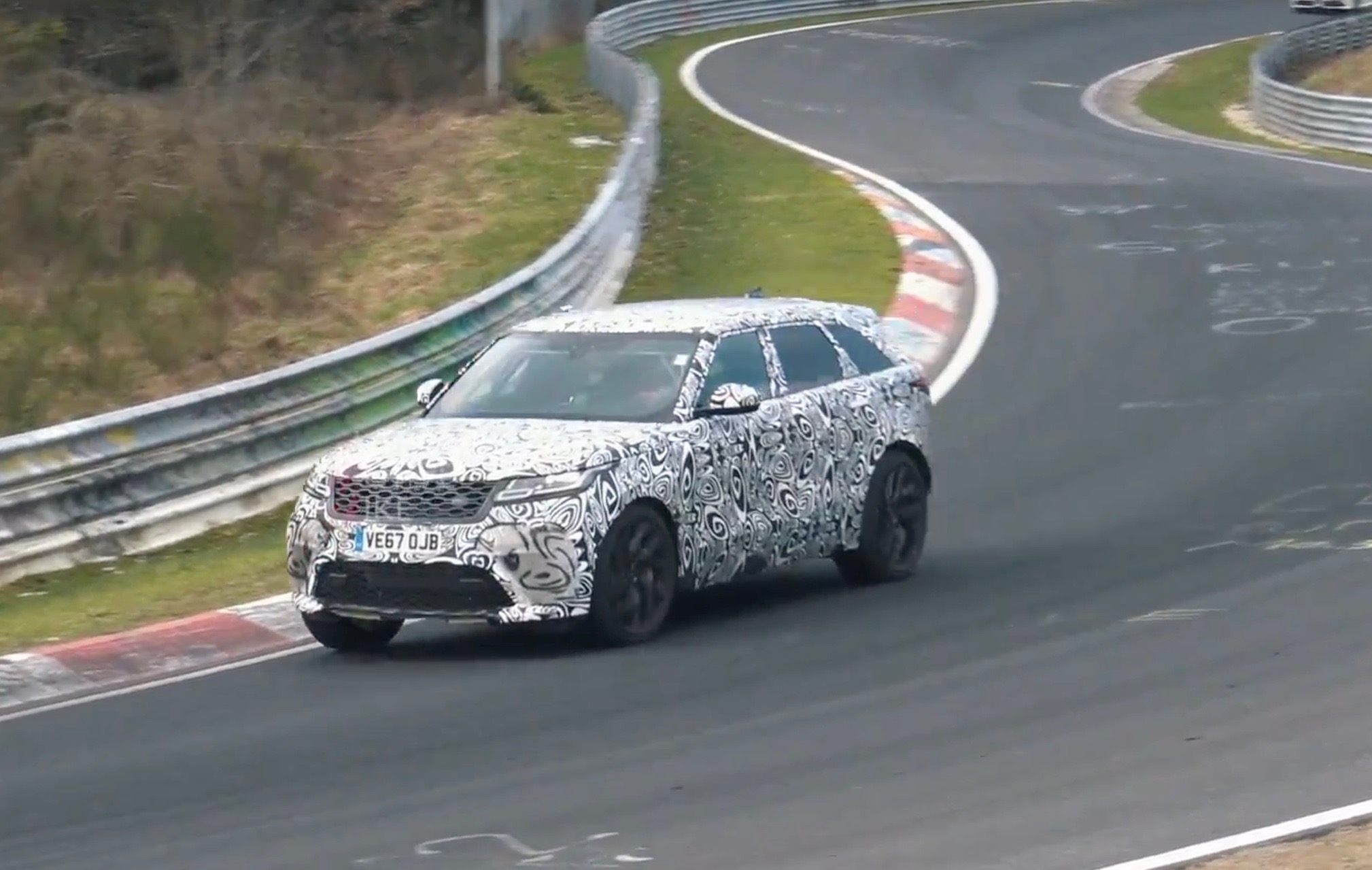 Now that the Jaguar F-PACE SVR has been revealed, there’s only one other main vehicle from Jaguar Land Rover that’s waiting for a V8; the new Range Rover Velar. 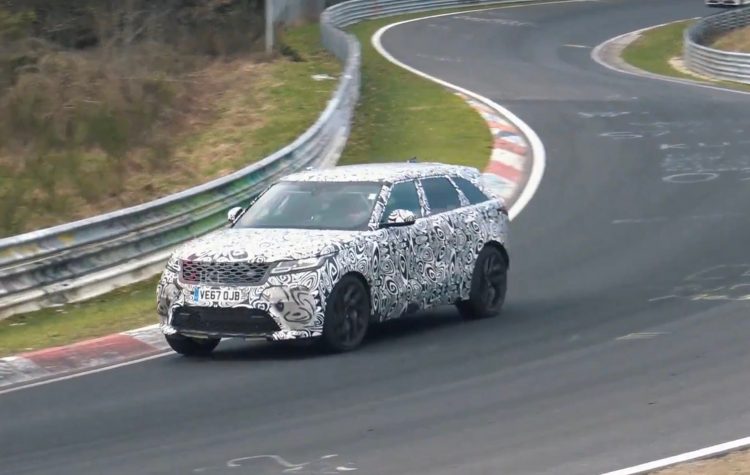 A prototype has been spotted on the Nurburgring again, continuing on testing from last season. The prototype looks to be wrapped up in just as much camouflage as before. At the front you can just see the slightly more aggressive bumper bar that extends further down than the regular item.

Along the sides it looks pretty much the same as the normal model, but this prototype is wearing large dark grey alloy wheels with low profile tyres. At the back you’ll notice a diffuser element going on, likely with the trademark quad-outlet exhausts poking out the sides.

Since the Velar is based on the same iQ[AI] aluminium-intensive platform as the F-PACE, and the latest Jag XE and XF for that matter, the engine bay and drivetrain tunnel is capable of adopting V6 and V8 engines. The F-PACE SVR uses a 5.0-litre supercharged V8 that produces 404kW.

It’s unknown at this stage if Velar SVR will use this tune or go for a unique output. This engine has been produced in a number of outputs over the years, including 375kW, 404kW, 416kW, 423kW, and up to 441kW. Will Jaguar Land Rover place the F-PACE SVR ahead of the Velar SVR? Or will the Velar SVR take the crown as the most powerful mid-size luxury SUV from the group? We’ll have to wait and see.

In the clip below we get a good sample of the exhaust note, which sounds awesome as you’d expect, while we also get a glimpse of the handling and improved body control on the track. Check it out below. A public reveal is expected a bit later this year.