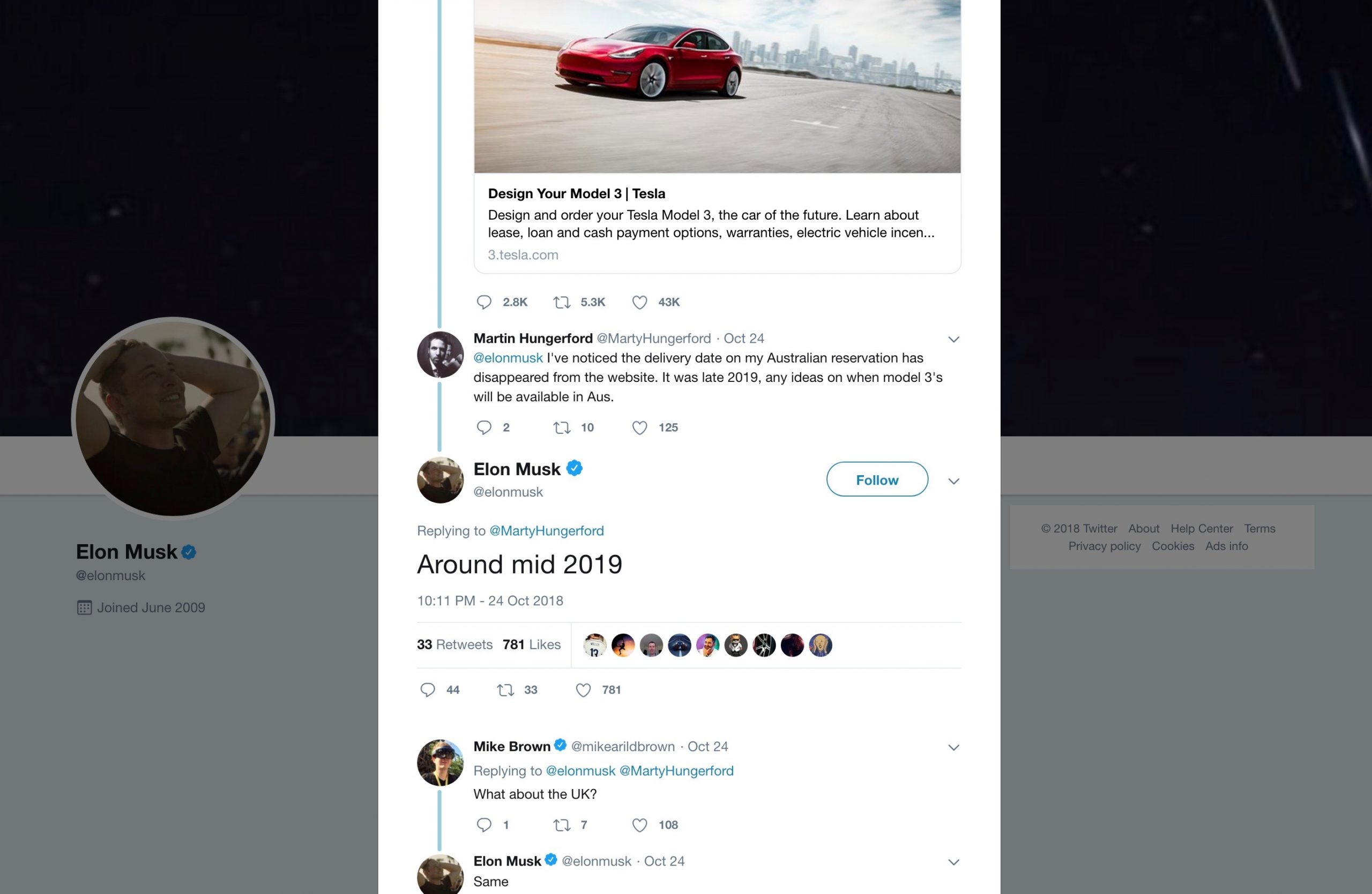 Those interested in buying a Tesla Model 3 in Australia, or those awaiting delivery, will be excited to hear the company boss has confirmed a more detailed timeline for right-hand drive production. 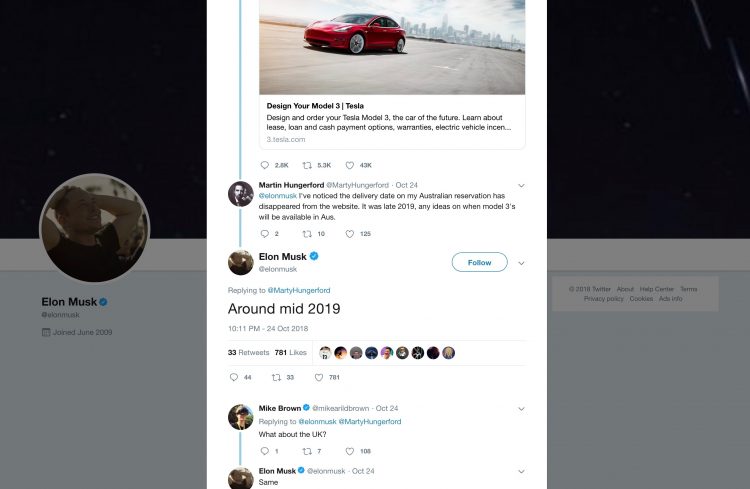 Production of right-hand drive versions was previously locked in for 2019. However, in a recent Twitter conversion, Elon Musk confirmed that Australian deliveries are scheduled to begin “around mid 2019”. Musk also confirmed a similar timeframe for the UK market.

The first Model 3 vehicles delivered outside of USA and Canada are set to begin in parts of Europe from February/March, followed by Asia-Pacific (including Australia). It’s unknown if the Australian timing will include other right-hand drive Asia-Pacific markets, such as New Zealand and Japan. In any case, this will come as very good news to fans and reservation-holders, as many hiccups and parts supply delays had previously put off the expected arrival until 2020.

More specific details on what variants would arrive first haven’t been outlined. An entry-level variant has just been launched in the US, called the Mid Range. It features a single electric motor and thus rear-wheel drive, as opposed to the initially-launching Performance model that comes with two motors and all-wheel drive.

According to the Tesla-AU website, it only says production of right-hand drive begins in 2019. The Performance model offers a 0-60mph (97km/h) time of just 3.5 seconds, while the Mid Range two-wheel drive model can cover the sprint in a claimed 5.6 seconds. The range varies from 354km to 500km, according to the website.

Australian prices are yet to be confirmed. However, the local website does mention the starting price of US$35,000 before incentives. After a straight currency conversion, this translates to $49,289. However, we’d be suggesting this figure could balloon to around $60,000 by the time local tax and import costs are involved.