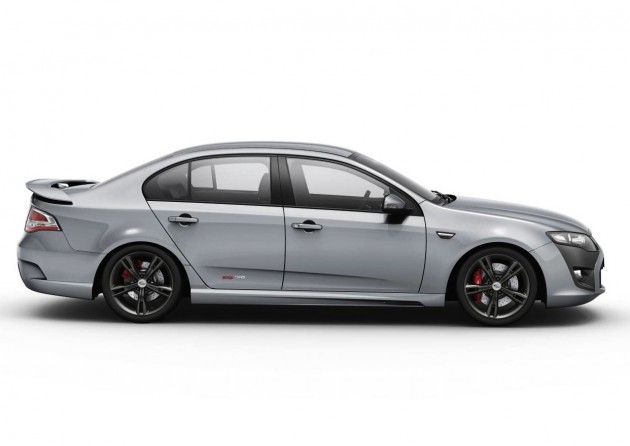 Kicking off the range will be the new 2012 Ford FPV FG MKII GS sedan and Ute. These will come standard with an alarm and the ‘prestige’ audio system with USB ports, as well as a now-standard ICC interface with satellite navigation.

The variants also get reverse parking sensors, and a new front fascia design with recessed black mesh grilles and revised trimmings. Prices will start at $52,990 for the Ute and $57,990 for the sedan.

Lastly is the new 2012 Ford FPV FG MkII GT range. The GT and GT-P will now come with a reverse parking camera as standard, while the luxury GT-E and GT-P models will come with a new satellite navigation feature called ‘Traffic Message Channel’ (TMC)  – provided from Suna Traffic Channel broadcast. Prices start at $71,290 for the GT, $82,540 for the GT-P, and $82,990 for the GT-E.