Jeep has finally revealed the 2018 Wrangler off-road beast, at the Los Angeles auto show in the US. It comes in as the most advanced, most efficient, and most capable model yet. 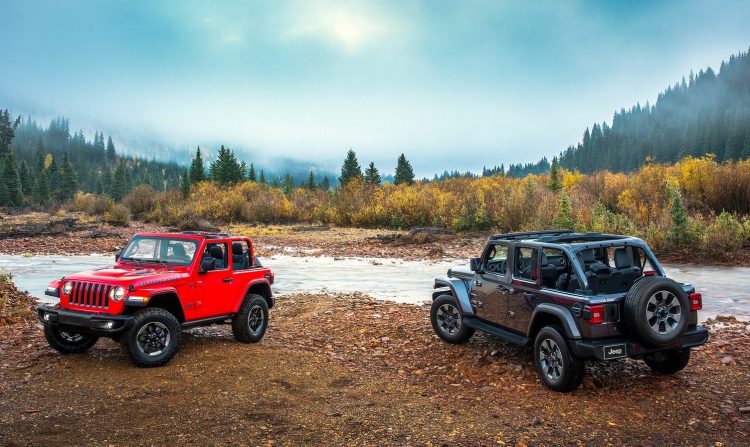 Starting with the stuff we don’t already know, the 2018 Wrangler will be offered with a 2.0-litre turbo-petrol four-cylinder engine for the first time, producing 201kW and 400Nm. It comes with stop-start technology, along with a twin-scroll turbo and electronic wastegate actuator.

A new turbo-diesel V6 will also be offered, called EcoDiesel, producing 194kW and an impressive 600Nm, while the petrol V6 Pentastar 3.6-litre unit carries over with some revisions that lift power to 213kW and 353Nm (from 209kW and 347Nm). A six-speed manual comes as standard on the V6 petrol, while a new eight-speed auto is offered on the diesel and the new turbo. The auto is also optional on the V6 petrol.

All variants come with extensive off-road preparation, including a Command-Trac four-wheel drive system with crawl gearing on the Sport and Sahara. The Rubicon gets a Rock-Trac system with a 77.2:1 crawl gear and Tru-Lok locking differentials. There’s also skid plates and tow hooks front and rear, and a 44-degree approach angle, 27.8-degree break-over, and 37-degree departure angle. Ground clearance is rated at 277mm, with up to 762mm of water wading capability.

For the interior the driver gets a 3.5-inch TFT digital instrument display or up to 7.0 inches in the higher end variants. The premium screen is configurable in 100 ways, Jeep says. Meanwhile, the main dash area gets a 7.0-inch or optional 8.4-inch Uconnect touch-screen packed with apps. A 5.0-inch unit is fitted to the base Sport variant. Apple CarPlay and Android Auto will be available.

As previously revealed, the new model will come in two-door and four-door form, with hard-top and soft-top roof options making it the only proper convertible off-roader on the market. Australian market entry is expected in the second half of 2018.