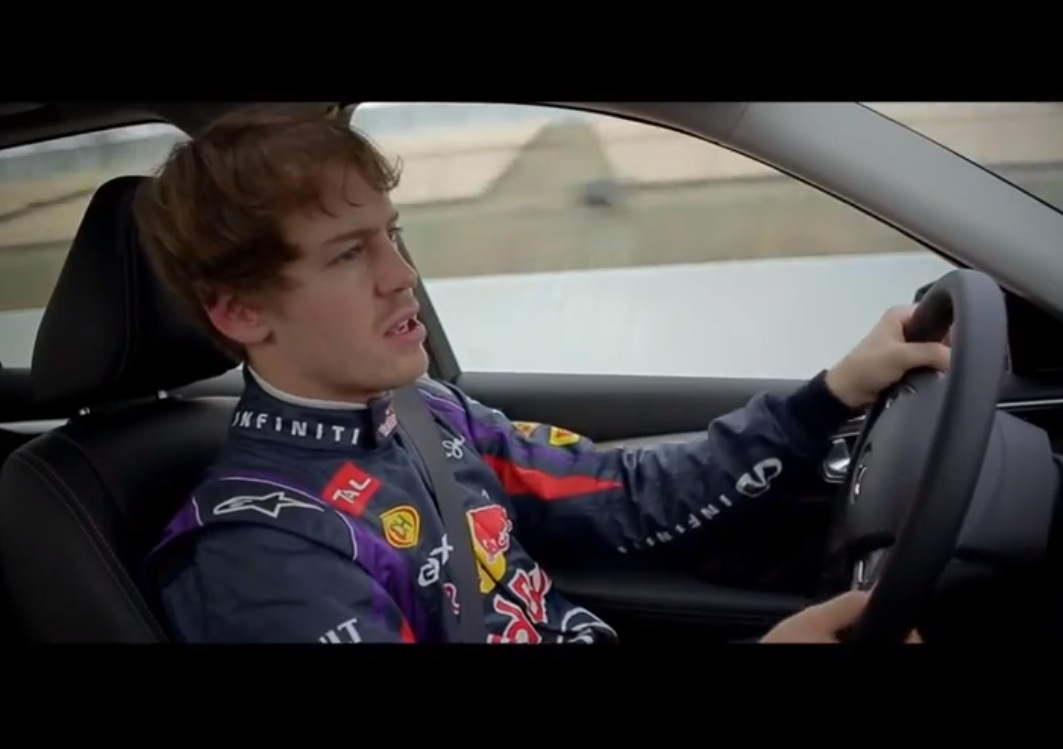 Formula One World Champion Sebastian Vettel has been continuing his work as Infiniti’s ‘director of performance’, and recently conducted some tests at the company’s European Technical Centre. 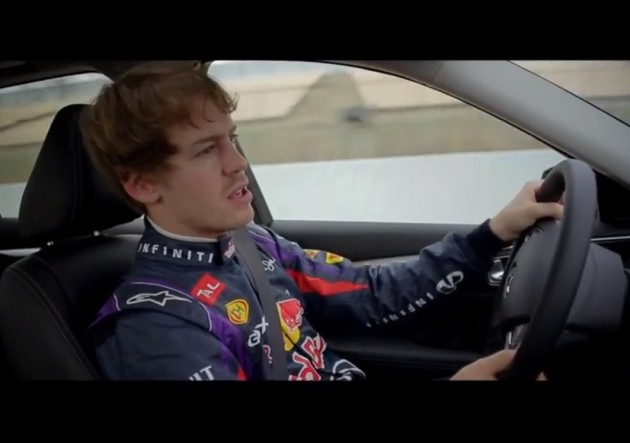 The young champ drove the M35h sedan on the dyno to experience and evaluate areas such as throttle response and regenerative braking power in an Infiniti road car.

Although Infiniti road cars are very different from the Red Bull F1 car, technical collaboration between the two will bring further benefits on the track and road, according to Infiniti. Vettel spoke about the relationship, saying,

“We want to bring this knowledge into the team as we develop the 2014 race car, and I also think that future Infiniti road car powertrains can benefit from the lessons we learn in Formula One.”

“We have been working closely with Infiniti’s engineers and are already benefiting from this two-way sharing of technology expertise. As we head into 2014 with an increased focus on electric power unit technology and energy recovery, today’s visit, complete with Sebastian’s input, was a valuable insight into the power unit technology currently being worked on and there is plenty that both we and Infiniti can take from that.”

As part of his role, Vettel has been conducting various tests for Infiniti, including doing some thorough benchmark testing using rival vehicles out on the track.

He has already played a key role in the development of the FX Vettel Edition, obviously, but also the new Q50 mid-size sedan which will arrive later this year, ready to compete with the likes of the Lexus IS, BMW 3 Series and Mercedes-Benz C-Class.

An insightful video has been released showing some of the recent work Vettel has been doing with the luxury Nissan brand. Click play below to take a look.