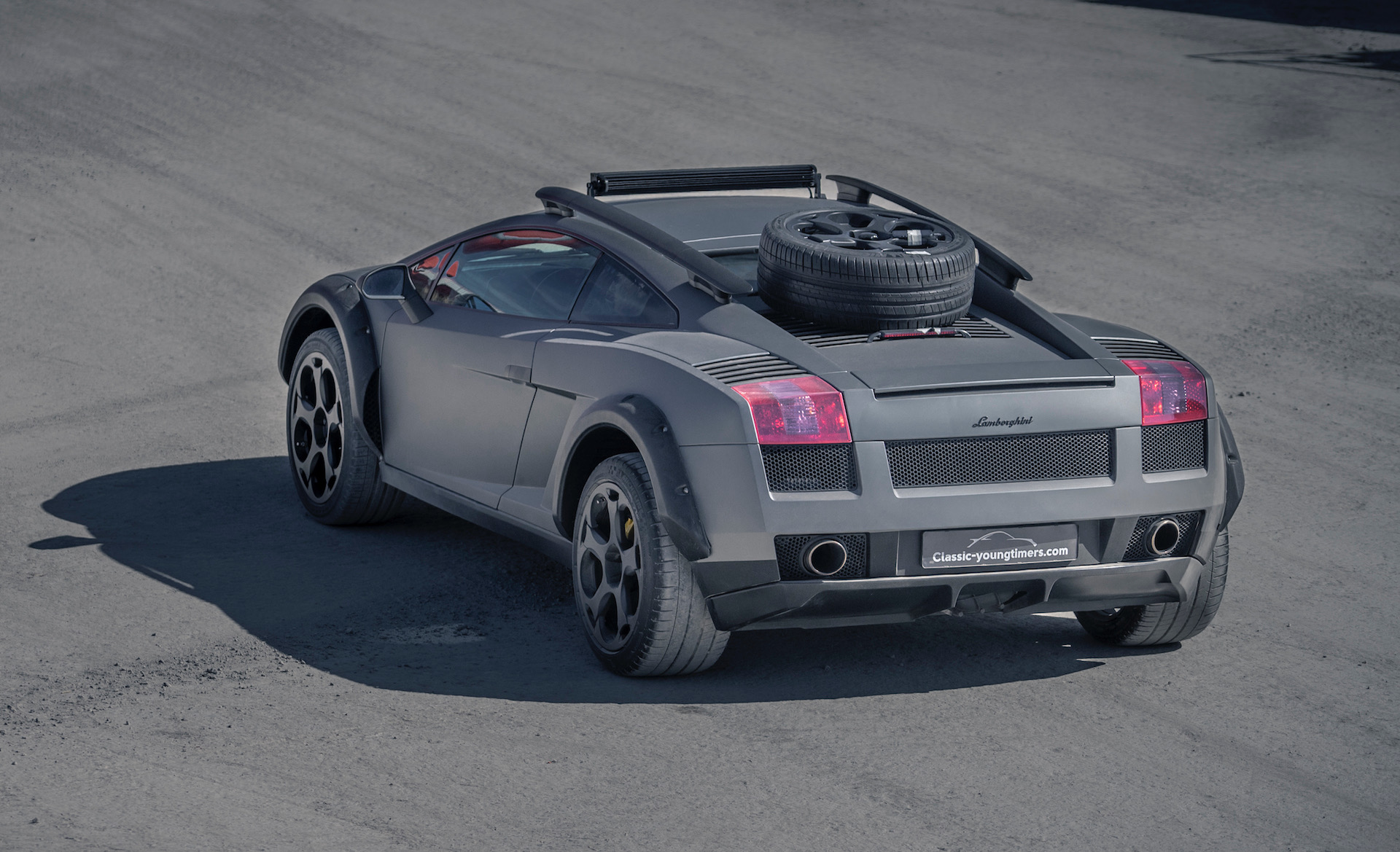 An unusual yet very interesting Lamborghini Gallardo off-roader is up for sale in The Netherlands… wait, what? Yes, an off-road-prepared Gallardo supercar. 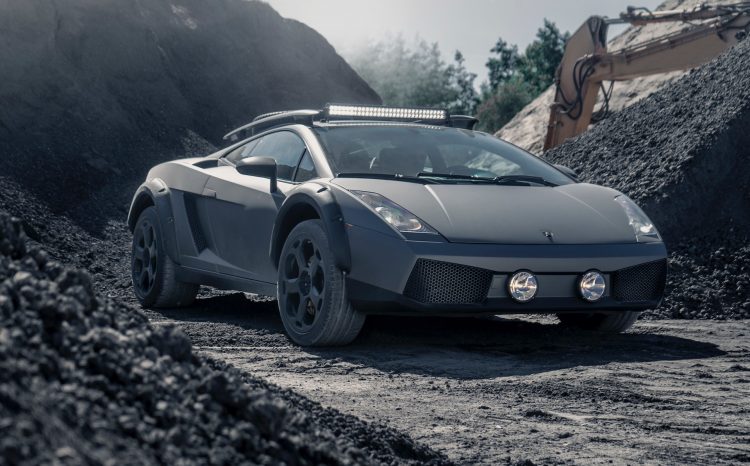 It’s definitely a strange one. But we think it’s kinda cool as well. From the front, you’ll see there’s a pair of added spotlights fixed to a custom lip spoiler and bumper bar, while up the top is a full LED light bar to really brighten up the night sky.

Along the sides there’s the all-important extended wheel arch moulds, which are pretty much a necessity for any crossover or SUV these days, and the side skirts appear to be bespoke moulds made from the same scratch-resistance material as the front spoiler.

Although the alloy wheels look like the standard Lamborghini items that came with the car in 2004, the standard low-profile on-road tyres are swapped for larger units that feature taller sidewalls. They aren’t exactly mud-bogger tyres judging by the tread pattern, but they should be more suitable for off-road than the standard performance tyres. 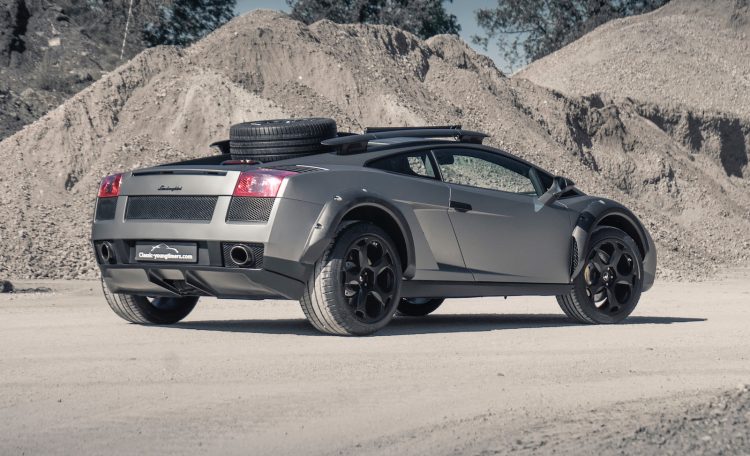 Lastly, we turn to the back of the car. Here you’ll find the spare wheel mounted on top of the engine cover, like some kind of Dakar rally special, and from this angle you can also see the roof racks. Being a supercar though the roof racks are actually mounted half on the roof and half on the C-pillar.

Not much else is known about the car other than it features the E-Gear sequential automatic transmission. The seller says the car has a full service history and the odometer has only 43,619km displaying.

We don’t know about you but we would love to take this beast for a test drive on some smooth mud or one of those big beaches that have huge low tides. There’s just something about the idea of AWD donuts with a screaming V10. Head over to Classic-Youngtimers for more details. The asking price is $115,000.