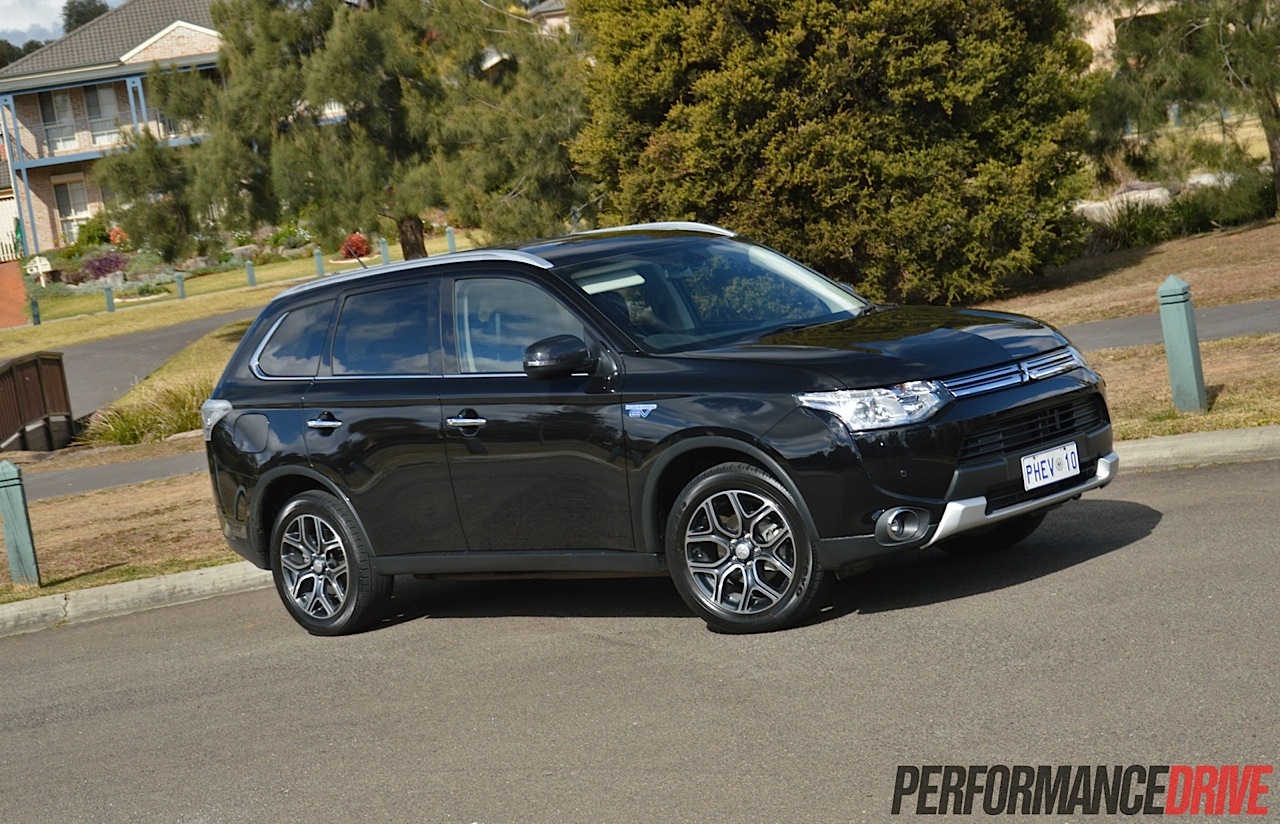 Although Mitsubishi’s latest products are undoubtedly reliable, dependable, and very practical, they’re not what you would call ground-breaking or class-leading in terms of advanced technology. Oh how the Mitsubishi Outlander PHEV Aspire changes that. 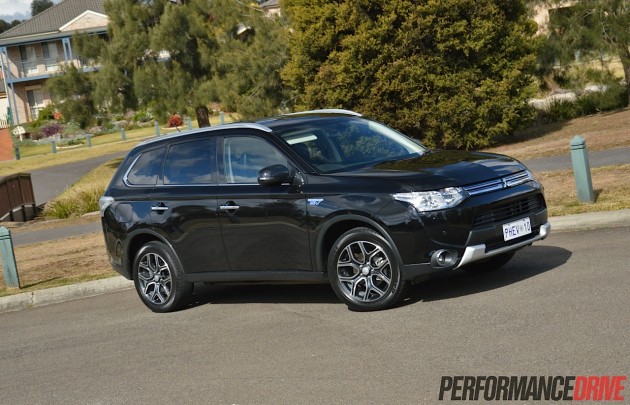 Contrary to what you might think about hybrids and electric vehicles (EV), the Outlander PHEV is genuinely an interesting proposition in this tough market segment. Let us explain.

This is the first-ever plug-in hybrid SUV for Australia, a standout feat in itself, and it’s not from a premium brand with an out-of-this-world price tag; it’s from the humble and trusted three-diamond brand from Japan.

It uses a very sophisticated hybrid system which relies on the electric motors more than it does on the petrol engine, which means it is practically an all-electric vehicle.

The Outlander PHEV can operate as a true EV, which means you could theoretically run the PHEV (plug-in hybrid electric vehicle) without ever needing to stop at a petrol station… unless you want to pick up two cans of fizzy drink for the price of slightly more than one, of course.

Prices are higher than the rest of the Outlander range, as you would expect, but they aren’t that high considering the level of development that went into making this product ready for mass production. We should remind you, this is not a special green scheme fleet vehicle or a limited-run prototype; the Outlander PHEV is part of Mitsubishi’s regular showroom range and it comes with a five-year/130,000km warranty.

Two examples are available in Australia, including the base model PHEV and the range-topping PHEV Aspire. We’re testing the Aspire which kicks off at $52,490, while the base model using the same powertrain starts at $47,490. 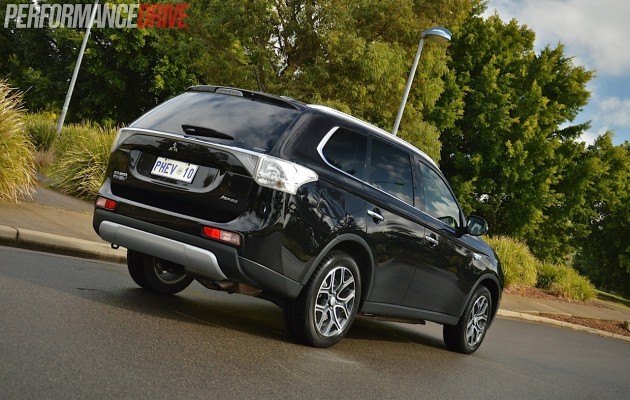 Jumping inside, there’s nothing that immediately screams out ‘I’m a hybrid’. It’s pretty much the same as any other top-spec SUV in this class. There’s leather seats with heating functions in the front, sat-nav, plenty of space front and rear, a rear-view camera, and dual-zone climate control.

The Outlander in general presents one of the larger SUV interiors in this segment. Front passenger room is excellent, with abundant and supportive seats that are power adjustable, with plenty of headroom and width for even the plumpest of passengers.

In the back it’s capacious enough for three adults. Centre seat legroom is confined a little, but it’s not as bad as many of the rivals. Rear passengers can recline the entire bench for added relaxation too.

There isn’t any real difference inside the PHEV compared with its combustion engine brothers. This is great news for those that want a hybrid SUV without the quirky sacrifices.

Aside from the space-age gear lever and ‘hybrid’ buttons and so on, the cargo space is the only main difference. It is marginally restricted to 463 litres due to the battery pack stored underneath the floor (14L less than what’s offered in the equivalent non-hybrid Aspire).

So, we’ve established this is almost a sacrifice-free hybrid vehicle that accommodates in much the same way as the regular Outlander. What are some of the exciting bits that separate it from the rest? 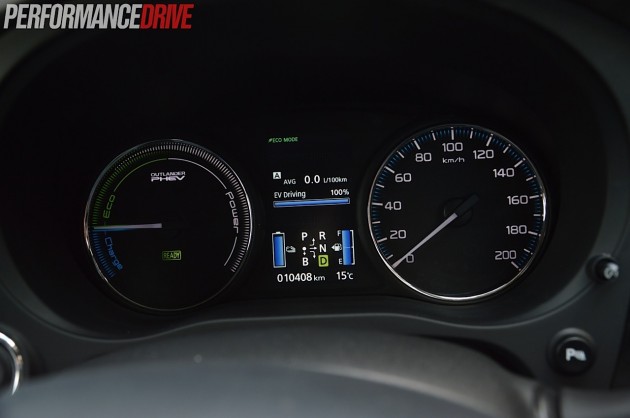 In between the two circular dials within the instrument cluster is a small LCD screen. Here you’ll find two fuel gauges. One is creatively shaped like an AA battery and the other is simply a rectangle bar for the petrol level. These gauges connect to the comprehensive powertrain underneath.

Power, in one of three different ways, comes from a 2.0-litre MIVEC four-cylinder engine producing 87kW of power, a 70kW output generator, and two 60kW electric motors (front and rear) that receive current from a 17kWh lithium-ion battery pack.

If all of this sounds too complicated to operate, let us tell you, it’s actually not. It’s certainly no more complicated than most of today’s everyday devices. But even if you are overwhelmed, the Outlander’s brains can work out which mode is best. For example, if the battery level is low and you have requested to drive in EV mode, the on-board computer will not let you run out juice; the petrol engine will eventually switch to Series mode to recharge the battery or to full Parallel mode if you give it a decent kick in the guts.

To recharge the battery you have the option of plugging it in over night. It takes around fives hours to fully recharge, however, it does require a 15-amp wall socket – the plug looks the same but the vertical prong is much wider. 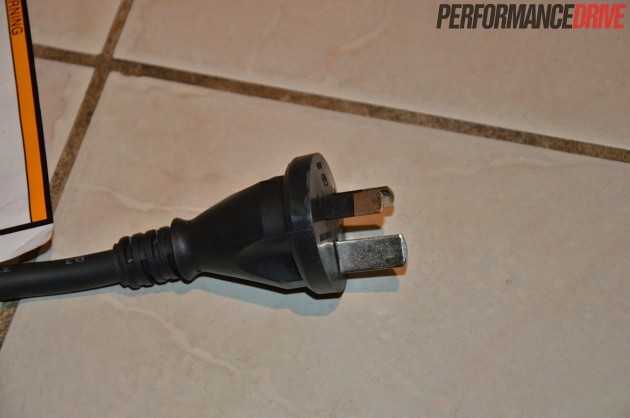 Out on the road the PHEV does feel a bit heavier than the regular models. That’s because it is heavier. In fact, the PHEV Aspire tips the scales at 1810kg while the petrol Aspire weighs just 1530kg. This is one of the main disadvantages of the electric powertrain concept.

By being significantly heavier though, the PHEV feels noticeably more planted and solid on the road. The steering is still light and the handling is mostly unchanged in normal driving conditions. And when pushed, it tends to rail around corners with only the bigger bumps and undulations upsetting its behaviour.

Step on the gas to be greeted by an eery silence before the petrol engine eventually awakens to boost performance. The instant torque of the electric motors is always welcome, and under normal demands it’s sprightly enough to get by. However, if you require a bit more go overtaking or pulling out from a busy side street you might be a bit disappointed. Throttle sensitivity is very relaxed and you need to really depress the pedal to get it shifting. We timed 0-100km/h in 8.9 seconds.

As a peaceful piece of daily transport, the PHEV Aspire is superb. The silence of the electric motors make it feel like a really high-end SUV. The heavy weight tends to reduce suspension crash over bumps as well, so you’re left with a vehicle that actually feels a lot more expensive than it is. 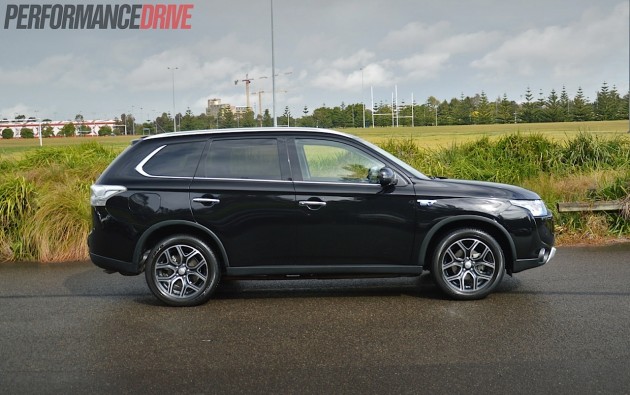 Down near the gear lever is a ‘charge’ button and a ‘save’ button. In charge mode the petrol engine is fired up and focuses on recharging the battery while the electric motors drive the car. It can use the petrol engine to propel the car as well if the demand is given. In this case, the charge stops and the electric and petrol power is directed to the wheels.

In charge mode you can also leave it in Park and let the petrol engine slowly recharge the battery. After one hour the petrol motor automatically turns off. 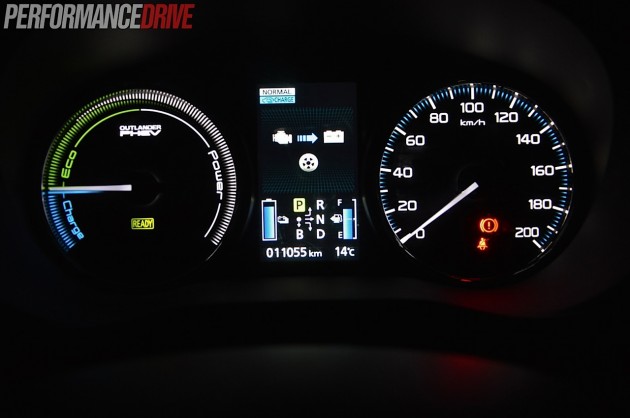 We tried this and it recharged the battery from just above empty to around 90 per cent full charge. In this time the overall driving range (fuel and electric combined) dropped by 10km but the electric range went from 2km to 37km. Most importantly though, the fuel gauge didn’t move during the entire hour we left it running. So in reality you could gain around 25km (roughly) by recharging the battery in Park using the petrol engine.

Using the save button tries to save the current amount of battery level and relies on the petrol power during normal driving. We found this mode to be the least favourable. Relying on the petrol engine simply uses too much petrol. It’s a low-powered four-cylinder that we think feels strained, especially with a full load on board and the 1810kg mass. The 45-litre fuel tank can drop down quicker than expected as well, meaning you have to visit the irritating petrol station more often.

We found it’s not all that economical if you drive in either of these modes (charge or save) as it puts a lot of pressure on the relatively small and weak petrol motor, which tends to feel like it is overwhelmed by the 1810kg weight.

In our opinion the PHEV is most beneficial in the city and for short driving stints where high speeds aren’t required. You’re also best off simply leaving it in auto or hitting the EV mode for total fuel-free driving to get the most out of it. 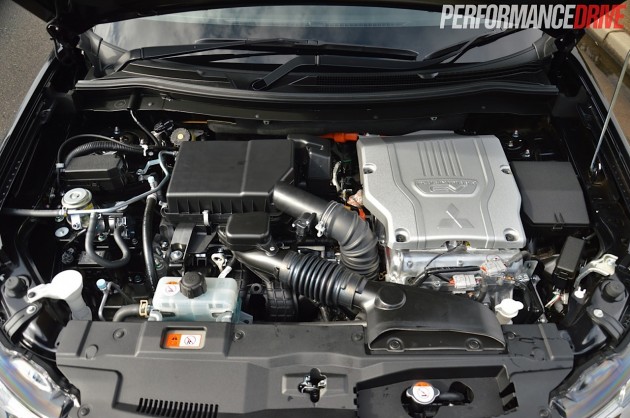 If you live in the city and you want the raised up driving position and large cabin of an SUV, but you don’t want to spend big on fuel, the Outlander PHEV can save you thousands of dollars in trips to the petrol station. It functions very well as a sub-premium mid-size SUV, offering all of the quietness, comfort and practicality you could need.

If you have a big family and live out in the suburbs or in more regional areas, and you regularly do weekend trips away with a bit of off-roading, we think the normal Outlander DiD diesel Aspire is the better option. The petrol engine in the PHEV is too small and the car seems to rely on it a lot out on the open road, or if you’re carrying a heavy load.

As a piece of technology to admire and something to build upon, Mitsubishi has done extremely well to make this whole package a ready and worthy option for the mass market. It is truly class-leading and sets new standards in the industry, and it gives us an interesting insight into what is coming up in the future.

Did someone say DiD PHEV hybrid…

PROS:
– Very smooth and quiet drive
– Feels more premium than the regular Aspire
– Can be a very economical daily commuter if you live close to work
– Looks pretty cool and imposing, especially in black
– Only plug-in hybrid SUV on the market
– Technology

CONS:
– Sluggish throttle response
– Only uses a 15-amp wall socket (costly install)
– Not all that economical on the highway 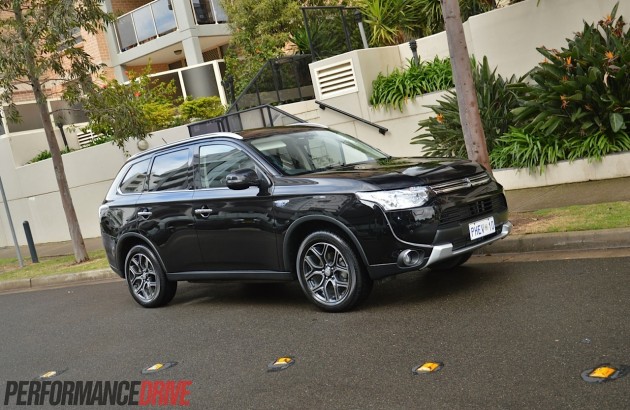