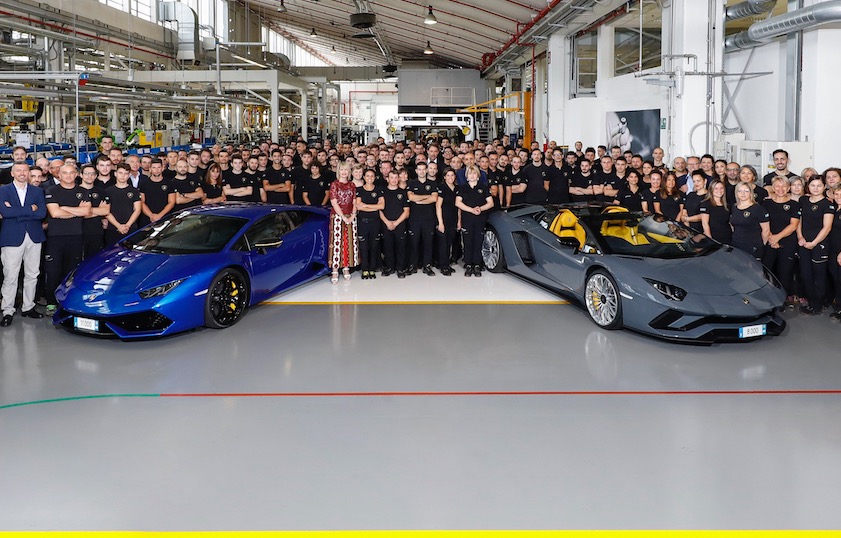 Production of the Lamborghini Aventador and Huracan has hit all-time records, with the V12 flagship model surpassing a new milestone of 8000 units produced at the company’s sole manufacturing facility in northern Italy. 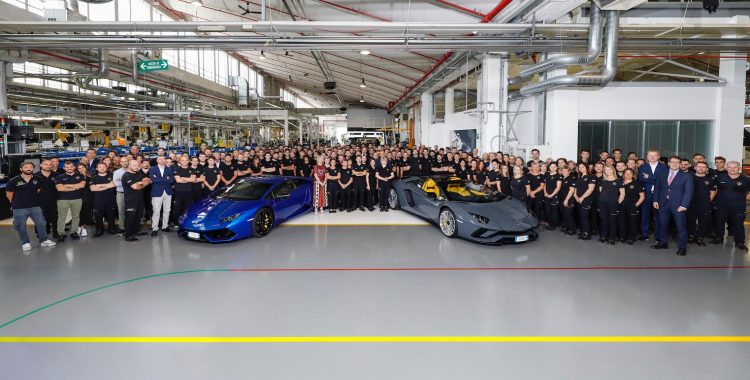 Lamborghini rolled out its 8000th Aventador this week. It was an Aventador S Roadster in Grigio Telesto grey with a bright yellow interior. It will be sent to its customer in Japan. The S is essentially the facelifted model, featuring a tweaked version of the 6.5-litre naturally aspirated V12 producing 544kW, up from the initial 515kW output.

The Aventador has been in production for seven years, with its replacement not expected until the early 2020s. As reported yesterday, the replacement will feature a brand-new hybrid powertrain, although a V12 petrol engine is set be remain as the core power source.

At the same time Aventador surpassed its production milestone, the model’s little brother, the Huracan, hit a production milestone of 11,000 units. The Huracan has been on sale for only four years, with projections showing it will become the best-selling Lamborghini ever, overtaking the Gallardo. Lamborghini produced 14,022 examples of the Gallardo in its 10-year lifespan. The 11,000th Huracan was painted in Blue Nethuns, and is destined for a customer in Italy.

As reported earlier in the week, Lamborghini sales increased 11 per cent in the first six months of this year, reaching 2327 deliveries. It was the fourth consecutive half-yearly sales record for the Italian brand. The figures are expected to increase significantly with the arrival of the Urus SUV.