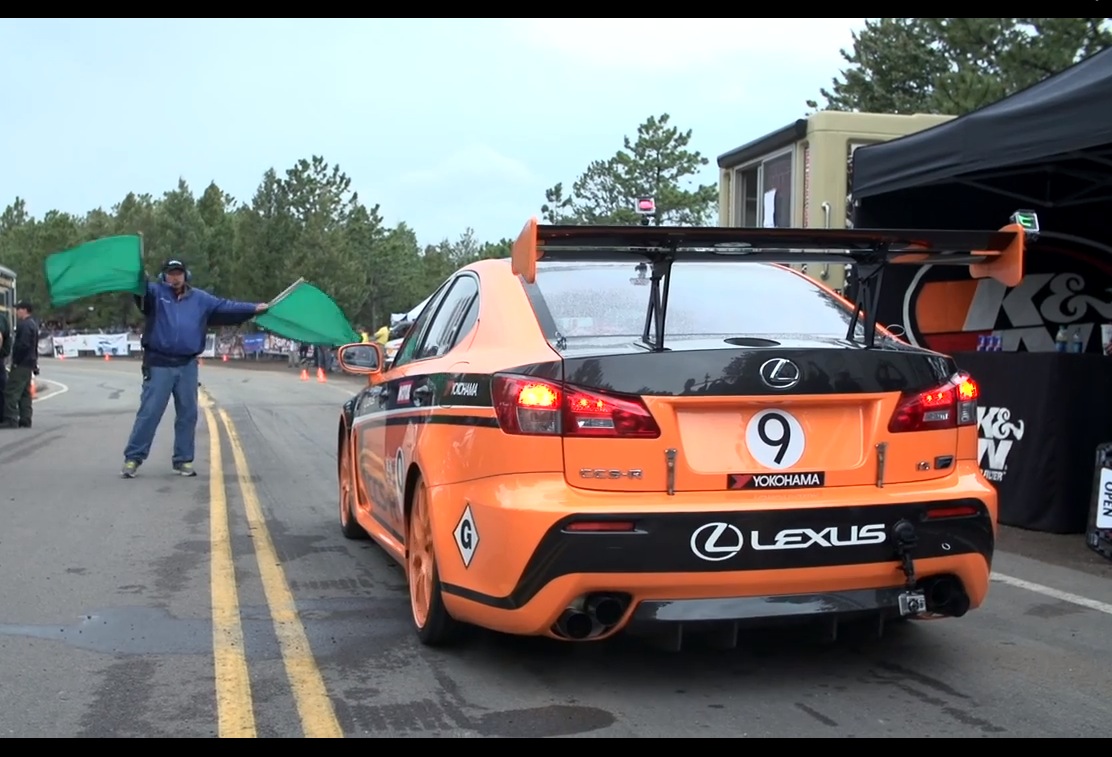 A video showcasing the Lexus IS F CCS-R at this year’s Pikes Peak International Hill Climb has hit YouTube, which includes a brief interview with team driver Ken Gushi. 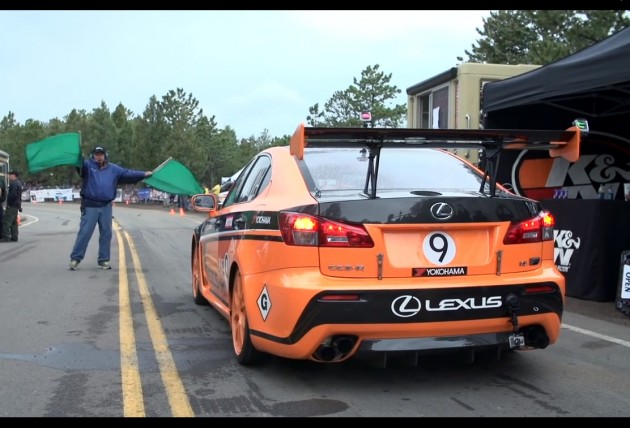 Lexus missed out on beating the 10:30.850 time it posted last year, mainly due to the wet weather conditions of this year’s run. Even so, Gushi and the team were pleased to make it to the top of the famous climb.

At the 2013 event, the IS F CCS-R sprinted up the monster climb in 12:03.085. This was a fair way off the team’s target of breaking into the nine-minute bracket.

The IS F used in this year’s climb was slightly modified from the 2012 car, and included a list of 14,000 names printed on a wrap which covered the bonnet and roof. The names were part of a large social media campaign in conjunction with the Tony Hawk Foundation.

Lexus will be back next year to have another crack at gaining entry into the nine-minute club. Hopefully the rain holds off next time.

Click play below for a rundown of the team’s effort.