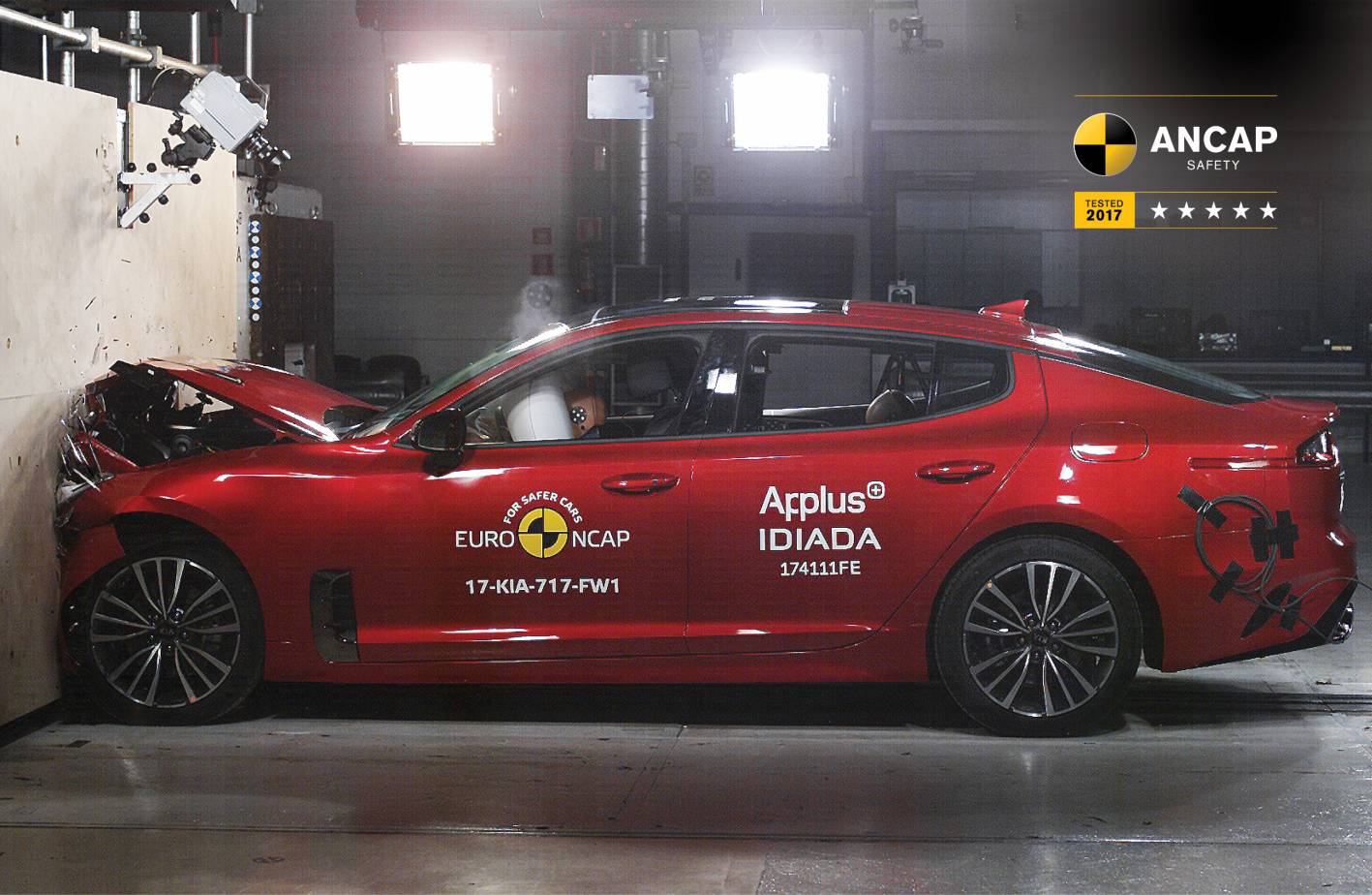 The highly anticipated Kia Stinger has been crash tested by Euro NCAP, and the local ANCAP division has handed down its split score of three stars and five stars. 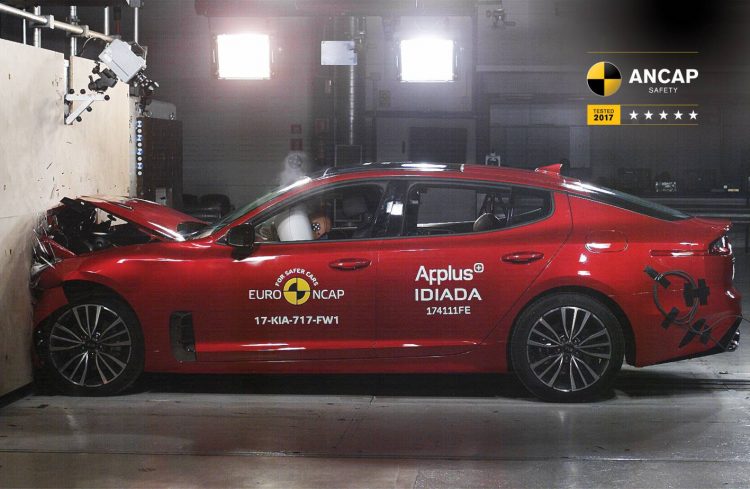 Why the split score? It all has to do with the variant grade. All Si, GT Line and GT models have passed the stringent testing regime with enough credentials to garner five stars. However, the based S models – the 200S and 330S – are only given three stars.

The discrepancy is down to the level of standard safety technology fitted. Specifically, autonomous emergency braking and lane departure alert are not offered in the base grade, which tips their “safety assist” score down to just 25 per cent.

Models sold in Australia also miss out on rear seat belt pre-tensioners and load limiters, for some reason. These help to absorb the brunt of an impact, resulting in a penalty in the full-width frontal crash score.

These scores could essentially tip buyers into the higher grade models. Although, it is disappointing to see a modern vehicle like this stamped with only three stars, regardless of the variant. ANCAP CEO James Goodwin said:

“Australasian customers should feel let down that important safety features are being left out of the vehicles we’re being supplied. We would urge Kia to offer the same safety specification across all variants and all markets to ensure the best safety outcomes.”

The Kia Stinger is on sale now with prices starting a $45,990. Local customers are offered a 2.0-litre turbo and a 3.3-litre twin-turbo V6, both with rear-wheel drive. Check out the crash test footage below to see how it shaped up.