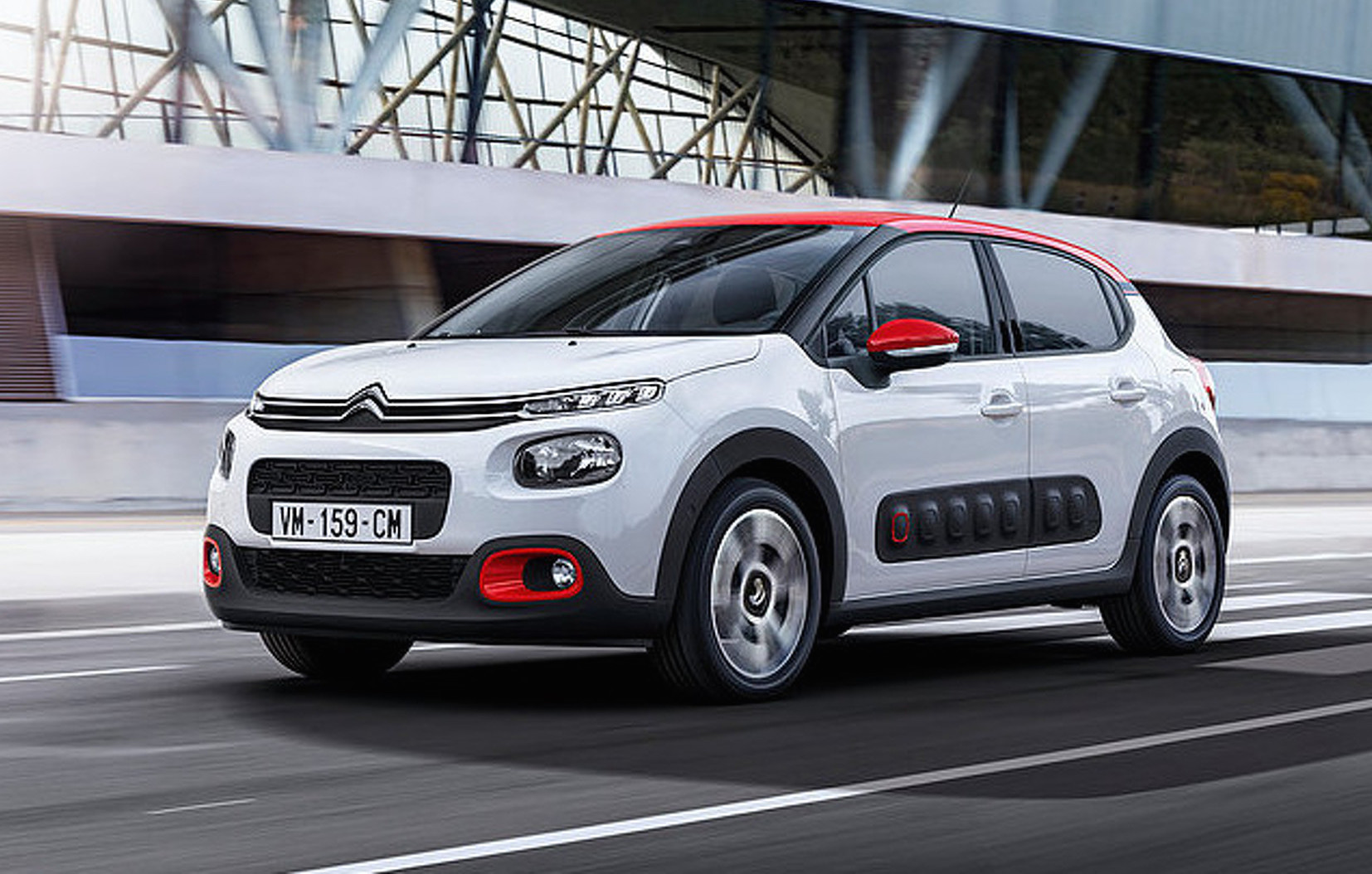 Pictures have leaked out showing Citroen’s next C3 small hatchback, which clearly takes inspiration from the distinctive C4 Cactus to establish itself as the boldest car in the segment. 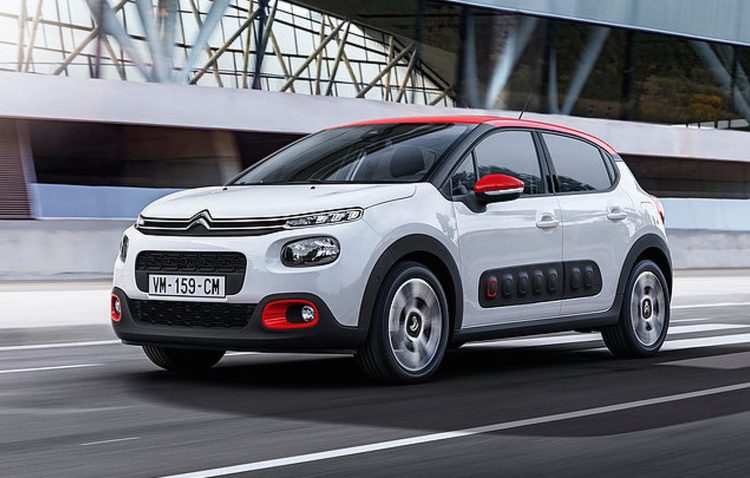 Earlier this year, Citroen cheekily previewed the newcomer by showcasing a thinly camouflaged WRC version of the upcoming C3, showing the two-tiered front end with eyebrows which flow into a double chevron upper grille, and lower main beams.

The general silhouette of the C3 is similar to its in-house PSA stablemate, the Peugeot 208, but differs with cladding, floating A-pillar and two-tone accents on the roof, mirror caps, foglight surrounds, and the Airbumps. Speaking of Airbumps, the technology will also be used here albeit with noticeably less surface area than its big brother, the Cactus.

Inside, common themes with the Cactus include the strap-like door handles, floating infotainment/HVAC screen and some of the textures. The LCD screen is eschewed for a more conventional set of dials, while the vents appear to have oval rings for added flair. Leather appointments add a premium feel here too.

Physically, the C3 will be 3990mm long, 1470mm tall and 1750mm wide. One of the best features will be an integrated dashcam which will no doubt see an increase in YouTube moments.

Engines are expected to be the PSA 1.2-litre three-cylinder and 1.6-litre turbo-diesel four-cylinders, with manual and conventional automatics on offer. An Australian launch date is unconfirmed. Stay tuned for the car’s official launch over the next few days. 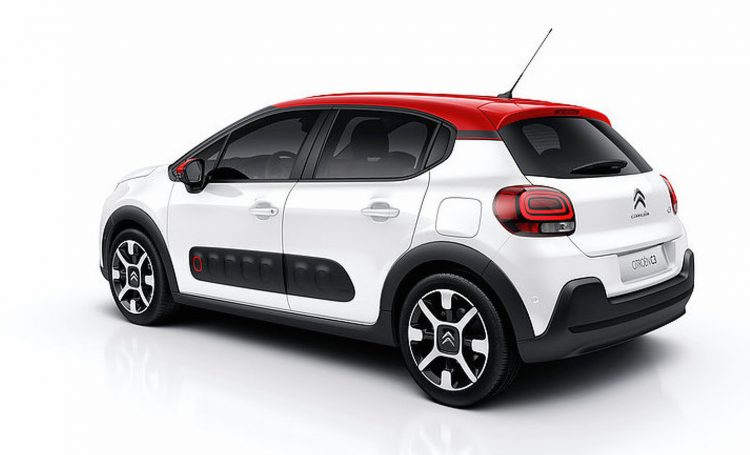