Subaru has announced a new limited edition version of its WRX carrying on the tradition of the Club Spec name. Just 300 2012 Subaru WRX Club Spec examples are being planned. 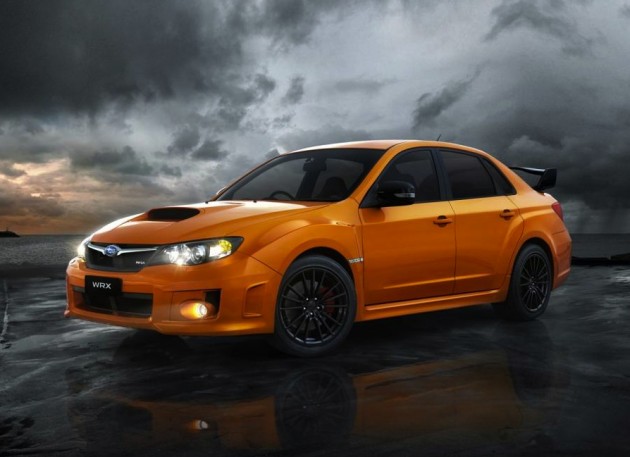 The Club Spec names trails all the way back to the first generation Impreza WRX. It brings a number exterior and interior enhancements, and, like the original versions, the 2012 will be available in limited edition colours; in this case tangerine orange and black.

Inside, the new WRX Club Spec comes with a leather interior and a special numbered plaque on the dash. Black examples also get red stitching on the seats and steering wheel, while orange versions get orange stitching.

On the outside the Club Spec features an STI rear wing, blackened 17-inch alloy wheels, and a set of matching black side mirrors, as well as Club Spec badges. An STI front spoiler is also optional. All 300 versions will come with a manual transmission.

Subaru says that the kit usually retails for $2100, but for the complete Club Spec WRX it’s only $1000 on top of the normal WRX price. Prices will start at $41,490. Orders will be taken from August.