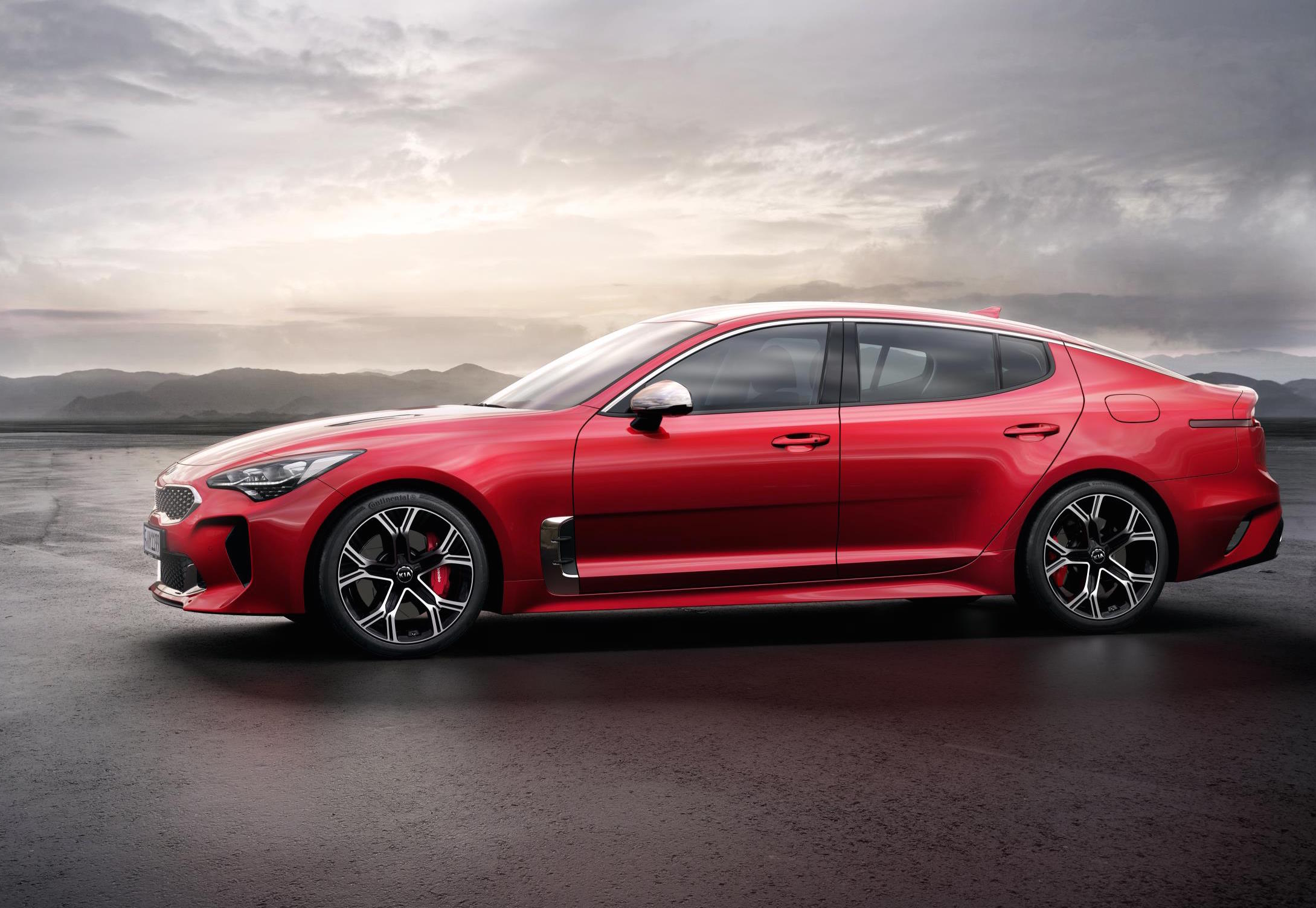 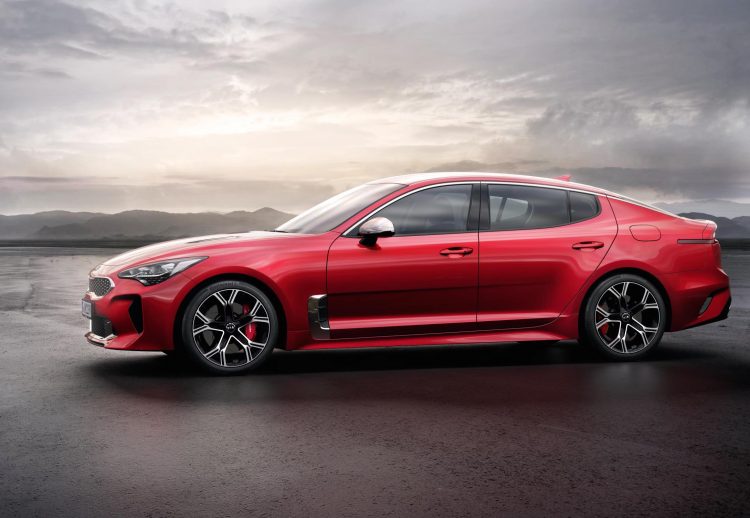 The headline figures are impressive; with the flagship Stinger powered by a 3.3-litre V6 with two turbochargers, throwing 272kW/510Nm to the ground via an eight-speed transmission. Kia says the Stinger will race from 0-100km/h from a standstill in 5.1 seconds, and on to a top speed of 269km/h.

Kia is offering the choice of an all-wheel drive or rear-wheel drive drivetrain, along with a limited-slip differential, five-way, electronically controlled adjustable suspension, and an all-new dynamic torque vectoring control system; the latter is the result of Kia’s development of the Stinger at the infamous Nurburgring circuit.

Kia has confirmed the Stinger will be available in two variants for the U.S. market, with the aforementioned flagship underpinned by a more conservatively-powered 2.0-litre turbocharged four-cylinder, producing 190kW/352Nm. Again, Kia offers the choice of a RWD or AWD drivetrain. 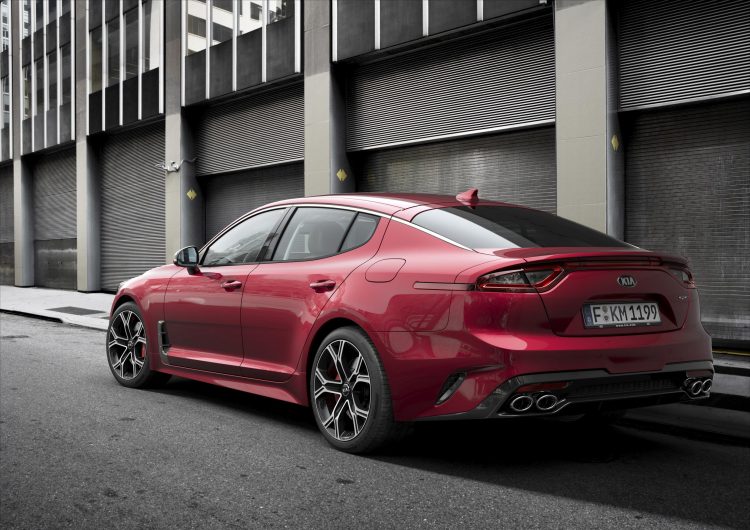 In terms of equipment, the entry-level variant comes fitted with 18-inch alloy wheels wrapped in 225/45 R18 rubber, whereas the flagship gets 19-inch alloys with a wider track at the rear (255/35). Stopping power is supplied by a set of Brembo four-piston front and dual-piston rear brakes.

Inside, there’s ample amounts of Nappa leather, a TFT display screen, under-seat mounted sub-woofers adding to the 15-speaker Harmon Kardon sound system (good for 720-watts), electronic boot-lifter, as well as a driver attention alert system that warns the driver of signs of fatigue.

At 4.8 meters long and 1.87 meters wide, the Stinger has some undeniable presence on the road, and also offers one of the longest wheel-bases for a car in its segment, 2.9 meters which will prove a welcomed addition in regard to interior and storage accommodation.

Kia gave us the first hint it was interested in producing a large, powerful and luxurious GT car six years ago, when it unveiled the GT concept at the 2011 Frankfurt Motor Show. What’s more, the 2018 Kia Stinger’s name obviously takes some inspiration from the 2014 NAIAS-unveiling of the GT4 Stinger.

The Kia Stinger is set for its official public debut at the 2017 Detroit Auto Show today, with sales expected to begin in the latter stages of this year.