Mazda Japan has reassured rotary enthusiasts on its Twitter page that a successor to the just discontinued Mazda RX-8 is being developed. The company hasn’t released specific details on particular model, leaving it open to plenty of speculation. 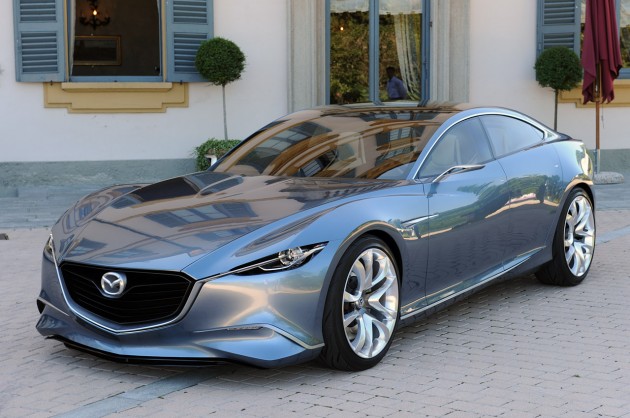 As previously reported, Mazda has given us various small but sure details that the rotary engine will live on. The new unit is, as far as we know, going to be based on a 1.6-litre engine layout called the 16X Renesis possibly using laser ignition technology. It’s unknown if it will be a two-rotor or three-rotor setup.

It’s a bit vague at this stage what car the new engine will sit in. Some say it will be a Mazda RX-9, while other critics suggest it could be a successor to the Mazda RX-7. Whatever the model, it is likely the styling will take inspiration from the Mazda Shinari Concept (pictured) previewed at the 2011 Australian International Motor Show earlier this year.

Mazda is working on applying its latest SKYACTIV technologies, including SKYACTIV Body and Chassis, as well as engine applications. All of these are a set of criteria that has been handed to engineers to ensure the latest Mazda products are as efficient, rigid and as lightweight as possible.

The Mazda RX-8 was discontinued in parts of Europe due to the 13B Renesis engine not passing strict Euro emissions standards. The new engine is being engineered to surpass such restrictions. The important thing is, Mazda is working on it, and the rotary revolution will continue. Mazda tweeted (translated),

“Thank you so much for all your supportive messages concerning the RX-8 and the rotary engine! We are also excited. Mazda is aiming to achieve a breakthrough with the ‘SKYACTIV’ technology, and we are zealously working on new models to house the next generation rotary engine. Thank you for your continued support!”

We’ll be sure to keep you updated with all the news on the next Mazda RX series. Stay tuned.